The Pennsylvania Coalition of Public [sic] Charter Schools has been having a rough year, what with PA Governor Tom Wolf threatening to finally implement the charter school reforms that the heavily-lobbied legislature just can't seem to get done. So they've launched themselves another PR push to try to make their case.

Meet 143K Rising. This is ostensibly a group of "families united for charter schools," but there's no pretense here that this is a spontaneous grass roots group. As their website puts it, "The Pennsylvania Coalition of Public Charter Schools (PCPCS) has created 143K Rising to give families a voice in the battle to protect public charter schools." And they are raising the alarm-- "Special interest groups are trying to rob Pennsylvania families of their rights. Let's rise up together and stop them!" 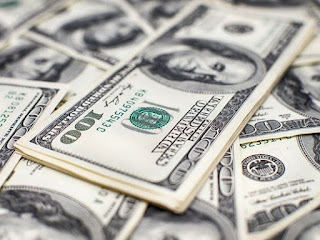 The 143K Rising site has a fuzzy handle on most of the issues it is upset about (143K refers to the number of students currently enrolled in charter schools-- no word if they plan to regularly rename the group as enrollment rises or falls). On their "issue" page (apparently there's just one issue), they say that "limiting public charter schools as an educational option" would be "devastating." They complain that "every year" there are "policies that would spell the death of public [sic] charter schools" in the state, proposed by lawmakers "listening to education special interest groups." And if by now you are wondering what, exactly, the proposals are, or who, exactly, these special interest groups are--well, 143K Rising isn't saying. You just have to take their word for it-- evil forces are coming to "take away a child's only hope for a good education."

This chicken littling appears to come in response to the governor's call for things like transparency and ethics; there's been no call for any existing charters to be shut down. But Wolf has been clear about his overall priority:

Pennsylvania must help school districts struggling with the problem of increasing amounts of school funding siphoned by private cyber and charter schools. Funding reform would increase transparency so all schools that receive state dollars are accountable to the taxpayers.

143K offers a page of "facts" that are not so very facty. Just the usual talking points.

Nope. Not transparent. Not owned by the public or accountable to them. In fact, their own national group just advised them to pas themselves off as small businesses in order to get some $$.

Well, it's not quite as easy for them to weasel out of this as it is in, say, Florida. But charters serve the students they choose to serve. Starting with marketing, they can send a message about who belongs and who doesn't. And unlike public schools, when a charter has a student withdraw, they don't have to pay any attention to what that student does next.

Well, that one's true. It is, of course, part of the problem, since taxpayers have no say over or accounting of how their tax dollars are being used. And the loss of funds has a negative impact on the sending district-- the one that taxpayers pay to support.

Nope. Not even possible. And there's that study by CREDO, a pro-choice outfit, that found cybers wildly ineffective.

FACT: Charter schools are directly accountable to the authorizing school board and the Pennsylvania Department of Education, who have the authority to renew or not to renew a school’s charter.

Directly accountable? Nope. In fact, some charters accused of misbehavior have been allowed to investigate themselves.

FACT: Charter schools are the most accountable public school systems in Pennsylvania, with the threat of closure as the ultimate accountability – unlike failing district schools, which never close.

I think what they meant to say is that charters are allowed to dump and desert their students, instead of having to live up to the promise to provide every student with a decent education. Check out the NPE report that shows that over 40% of PA charters quit after using up over $4 billion of federal money-- and that's just the federal money wasted. Fraud and mismanagement are a problem.

FACT: Pennsylvania requires all brick-and-mortar and cyber charter schools to be organized as public, nonprofit organizations.

True, but meaningless. In the state that's home to UPMC and its unspeakably rich executives, we understand that just because an organization is nominally non-profit, that doesn't mean that the people who run it aren't getting rich, like Vahan Gureghian, charter entrepreneur who built an $84 million mansion in Palm Springs, or the top execs of K-12 who made a grand total of $16.4 million. And as charters have demonstrated again and again, a non-profit school can hire all sorts of for-profit folks to actually run the operation, making the non-profit entity a kind of shell company.

Not entirely sure what the point is here, other than to bolster the notion that charters exacerbate segregation.

"Less" how? This is a long time talking point, but not often accompanied by hard numbers that account for things like the fact that the public school system runs buses. But this is late stage charter argument-- originally, "we can do more with less" was a talking point, now replaced with "give us more money."

That may well be true, but it's not a good thing. Some PA charters have learned how to game the system. The school gets more money for a special ed student, so if they can round up students who have special needs that don't require expensive supports, they make out like bandits. Wonderland Charter would be just one example.

The site also features some stirring anecdotes. And their message has been pushed out into some media outlets, repackaging the same talking points, courtesy of Ana Meyers.

Meyers is the executive director of PCPCS. She has previously worked as "Director of Legislative Affairs" for LeadingAge PA (an advocacy group for aging services providers) as well as PA Field Director for Libertarian advocacy group, FreedomWorks. Before that she co-chaired the Kitchen Table Patriots, a Tea Party group in southeastern PA, and before that sales and marketing for the likes of Nickelodeon and American Airlines. Her degrees are in business. In short, she has virtually no background or expertise in education, but does have a long-standing experience in arguing that government services should be privatized. This is not new for PCPCS-- their previous chief's experience was as PR head for Westinghouse. Education expertise? Not so much.

Meyers has been a quick study in recycling the usual charter talking points, touting how they bring "innovation to education," and they are big on education that is "individualized." Also, public schools are tired and boring.

143K Rising has a Youtube channel with one subscriber and five videos that have gone up in the past couple of weeks. They have a Facebook page, in case you want to share some thoughts about PA cyber charters, and a Twitter account. Plus a bunch of sponsors-- mostly the usual suspects. All trying to make noise so that Pennsylvania can remember a state where an entrepreneur with a dream can cash in on the charter business. Great.

Posted by Peter Greene at Thursday, April 09, 2020
Email ThisBlogThis!Share to TwitterShare to FacebookShare to Pinterest