Arne Duncan penned an op-ed in the Washington Post this week; the piece is notable because it is not baloney, but addresses one of the issues that the great pandemic pause has brought to the fore-- internet accessibility.

Duncan notes that currently if you don't have internet, you don't have school. And he notes that while internet providers stepped forward with heartwarming offers of free internet for poor families, that turned out to come with a little asterisk about debt and financial suitability. He doesn't it, but this is probably related to the fact that in many cases the "free" internet  was actually a sort of free introductory offer-- 60 or 90 days free if you've sign up for their internet service, and if you forget to cancel in time--voila, you're now a paying-full-price customer. In short, many ISPs have treated this issue like a marketing opportunity and not a chance for do-goodery. Duncan notes that some public pressure in some areas has helped fix this. 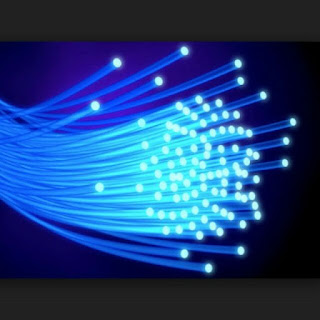 But that's only the tip of the internet iceberg. He talks about getting internet to all of Chicago, which is not a simple thing, but is probably easier than the kinds of problems we face in rural areas like mine, where some families will never have internet access of any sort-- wi-fi or phone-- until some major infrastructure is built.

Internet connectivity in my neck of the woods, and other necks like it, has always been wonky. My old high school's most effective barrier against student smartphone use is that signal reception in the school is terrible (the other side of that is that students are constantly looking to charge during the day because signal-seeking phones use up charges quickly). One of the elementary schools in my old district depends on a satellite dish for their internet connection. When my wife had a zoom staff meeting with her school about managing their distance learning program, the principal's connection to the meeting kept failing. Back in the pre-pandemic days, smart teachers knew that on days they've planned an internet-based lesson, they must have a Plan B in case of a not-improbable failure.

It's not just the isolated and less-than-wealthy districts. I am told by a couple of former students who now teach in the area that Fairfax County Schools in Virginia are the fancy-pants rich district that everyone else aspires to be, but the Fairfax head of IT just resigned because their attempt to shift to online learning failed spectacularly not once, but twice.

Duncan brings up the FCC's Keep America Connected Pledge that was signed by 700 companies. Duncan suggests that some FCC funds should be given flexibility so that schools can buy hot spots, extend infrastructure, and generally get more students connected.

That's not a terrible idea, but we can dream bigger. The current situation underlines what many have argued in the past-- internet access should be a public utility. Here's a piece looking at the question that takes us to the question of whether the internet is a right or a privilege, but as that infrastructure starts to crumble under current demands, I'd argue that it's something the country needs to function. Like roads or running water, it's a service to individual humans, but it also keeps the wheels of society turning well enough to make life easier for everyone.

A look at the water in places like Flint, Michigan tells us that public utilities come with issues of their own (though they also tell us about the problems in letting private companies run public utilities). But if we want--if we need--the entire country to be connected, private companies will never do it. It's the same old problem-- there's too little money to be made running fiber optic cable back up into the holler.

One of the oldest and continuing problems with web-ed-tech is that in large chunks of the country, it just doesn't work reliably. And now that most schools really need it to work reliably everywhere, the fact that it doesn't is just becoming more obvious.

Posted by Peter Greene at Thursday, April 23, 2020
Email ThisBlogThis!Share to TwitterShare to FacebookShare to Pinterest