Get Your Shift Together

The interwebs have been drowning in hot takes, thinky pieces and unsolicited teacher advice for the business of shifting education from the classroom to the web. This is hands down the smartest, best quick advice on the subject I've seen.


If I was designing my class to be an online course, it would look nothing like I'm doing now. You don't just "shift" a class to online instruction, it needs to be built that way from the beginning.
— S Muskopf (@musko101) April 4, 2020

A shift in medium must always lead to a shift in content. 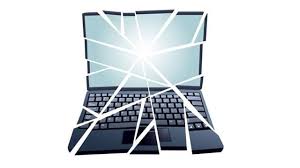 Consider film. Initially used to simply record a performance presented as if on a stage, directors quickly learned that film opened up a whole new vocabulary, and negated some of the old. Audio recordings started out essentially as recordings of live performances, but by the time of Les Paul and the Beatles, artists had figured out how to record things that couldn't be reproduced on stage. On a very fundamental level, the new medium was about the same thing as the old one--drama, acting, music--but it also opened the door for new things.

Sometimes the shift is a small change of form within the medium. I'm still watching the evolution of video story-telling. When you sit down and watch an entire "season" of Stranger Things, that's not like watching a series in weekly episodes, and it's not like watching a movie. I think we're living through the invention of the screen equivalent of a novel.

There are also shifts of medium that turn out to be dead ends. Film strips were going to revolutionize story telling (and education) except that they mostly didn't. They destroyed most of the old vocabulary, but did not provide any new vocabulary that was particularly helpful. Ditto for quadrophonic stereo and 3D television. E-books are still thrashing around, but mostly they seem to have destroyed a bunch of old vocabulary and offer nothing new except being compact. Include on the dead end list the early versions of tele-learning. Point a camera, hook up a microphone, do it again on the other end, try to make the phone call, hope that what comes across is intelligible.

Online instruction is still trying to prove itself; mostly it adds some new tools to a pre-existing classroom, but obliterates so much of the old teaching vocabulary--particularly all the parts related to a personal human touch-- while providing very little new in return. It tells us something that the cyberschools, who have theoretically working on the problem for years, appear to have largely failed to crack the code. I'm not convinced, but maybe in a decade I'll be cyber-eating my e-words.

In the meantime, the vocabulary is so different that it requires any class to be redesigned from the bottom up. Trying to just shift by doing what you always do, but doing it over a computer, is like trying to translate a English language speech for a Japanese audience by just doing the same speech slower and louder.

Hardly anybody is getting enough time to do this properly, to get their shift together. But it will be helpful to be clear about what is happening-- not homeschooling, not distance learning, not online school, but a quick-baked crisis school that represents the best you can do under unprecedented rough conditions.


Posted by Peter Greene at Saturday, April 04, 2020
Email ThisBlogThis!Share to TwitterShare to FacebookShare to Pinterest