Florida's HB 7069 is the gift that just keeps on giving. Or rather, taking. This cobbled-together Frankenstein's monster of a bill included a variety of methods for draining the blood from public education, and one of its most astonishing pieces of legalized theft was just upheld by the court. 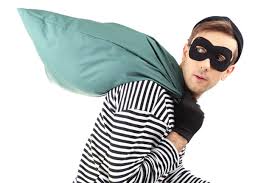 The bill was shepherded through by then-House speaker Richard Corcoran; he's now the state's education head honcho. The most famous portion of the bill was the Schools of Hope, a name that only makes sense if you mean that these schools give hope to privatizers and profiteers. Schools of Hope are the ultimate use of the tactics of weakening public schools and then publicly labelling them failures; this program encouraged edu-biz entrepreneurs to open up charter schools right next door to "failing" public schools, thereby tapping into a ready-made market. The program is already targeted for expansion by including Trump's "opportunity zones" and by expanding the definition of "failing" for schools. It's a fine policy for a state legislature that is absolutely devoted to gutting public education and letting privateers feast on the pieces. Schools of Hope are the anti-Samaritan law, a law in which the state finds struggling schools beaten and lying beside the road (and by "finds" I mean "helps beat up") and then, instead of calling for assistance, waves over a bunch of vultures.

But schools of hope might not be the most audacious, astonishing attack on public schools.

While plenty of Florida legislators have close personal connections to the charter school industry, they were also careful to reach out to other charter folks to make sure the 7069 shopping list was complete. As reported by Gary Fineout, a reporter who was all over this stuff:

Lo and behold, HB 7069 included a provision that required public schools to share tax dollars. Not just in some wimpy little "dollars follow the child" dribs and drabs, but some substantial theft from the taxpayers. Let's say the taxpayers of Auldfarte County, Florida, decide to raise their own taxes in order to, say, upgrade some of their crumbling schools; every charter school in Auldfarte County is entitled to a cut, just by virtue of existing. 7069 is not the only law that codifies this kind of thievery in Florida, but 7069 started the ball rolling with its mandate that taxpayers must share capital revenues with charter schools.

In general, Senator Linda Stewart pretty well captured the nature of the bill at the time:

The law was adopted in May of 2017, and over a dozen school districts immediately sued. Corcoran's office pretended that the main point here was that they were out to deny elementary students recess (7069 included a minimum recess requirement) which is both cynical political spin and an admission that the charter-boosting parts of the hastily passed bill can't really be defended on their merits. The school districts' argument was that they were now responsible for funding schools over which they had no control or oversight. The Florida Department of Education argued, "Pshaw!"

The lawsuit has been winding its way up through the courts, losing initially and shedding a few districts at each level of appeal. Now the state supreme court has decided not hear the case, the argument being that the Florida constitution only grants local control to school districts up to the point that the state feels like taking it away. (I'm old enough to remember when conservatives liked the idea of local control, but apparently not in Florida.) So the law stands.

This is Florida, the home of Florida Man, but also the state that Betsy DeVos and others like her consider an exemplar of ed reform. And it is also the home of the taxpayers who keep electing these varieties of crooks. Perhaps it's time to start running a pool on just how long it will be before the state shuts down public schools entirely.
Posted by Peter Greene at Monday, April 13, 2020
Email ThisBlogThis!Share to TwitterShare to FacebookShare to Pinterest