Periodically the courts get involved in the question of what states are actually supposed to provide. Back in 2017 a case went all the way to the Supremes that was designed (no case gets before SCOTUS without being carefully prepared and selected and curated by a bunch of Major Players) to get at the question of how hard a district had to work on that whole IEP thing-- how much education is "enough"? SCOTUS rejected a low bar for students with disabilities, a decision that shored up IDEA (and which may be weighing on some minds as schools try to solve the problems of crisis education at a distance).

But Endrew F. v. Douglas County School District was about IEPs in Colorado. Other cases have been less encouraging. 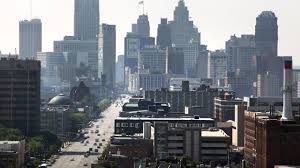 Way back in 2014, the court of appeals in Michigan ruled that the state's obligation to educate students didn't mean that the state had to, you know, actually educate anybody. As long as they spent some number of dollars on something called education, that was good enough. That suit involved the Highland Park school district, a part of greater Detroit's school system, and in 2012 it was handed over to the Leona Group to operate as a charter. The charter operator's promptly ran up a deficit and were taken to court to answer for doing a lousy job of educating students. It was at that point that the court said, "Nah, as long as they are running a building called a 'school' and offering 'classes' in it, it doesn't matter if they suck." So much for charter school accountability in Michigan. The state supreme court refused to hear the case.

In 2016, some Detroit students tried again, and that started out poorly, with the state (under Governor Rick "Public Ed Should Just Die" Snyder) arguing that Detroit students have no right to basic literacy, and therefor the state has no obligation to provide any such education. The federal district judge bought that argument. That was back in 2016; now the case finally has found its was to the Sixth Circuit Court of Appeals, which delivered a narrow win, but a win nonetheless.

From the majority opinion written by Judge Eric Clay:

Clay is a Clinton appointee. Eric Murphy, the Trump appointee to the court and a member of the Federalist Society, argued that the Constitution doesn't give anybody any right to any education. Murphy clerked for Justice Kennedy, and served as the Ohio state solicitor, where he opposed marriage equality and defended a major voter purge. Just in case you're still wondering whether elections matter or not.

Just to be clear-- the decision is saying that the students have standing to pursue the lawsuit. Where the lawsuit itself ultimately lands is yet to be seen. The state itself is still fighting back on the grounds that Detroit schools are no longer state-run, so it's a local problem. So this story isn't over yet. However, to have a federal court state that students actually have a right to an education, however minimal and basic, is certainly better news than we've seen in a while. Stay tuned.

Posted by Peter Greene at Friday, April 24, 2020
Email ThisBlogThis!Share to TwitterShare to FacebookShare to Pinterest