We’re About To Hear Many Suggestions About How To Reshape Education. Here’s How To Sort Them Out.

The vast majority of the nation’s schools have pressed pause due to the current pandemic. In many areas they will stumble through the remainder of a year that will little resemble an ordinary year. This is already prompting many folks to declare this a golden opportunity to reconsider some of the traditional features of U.S. schooling.
If we’ve got to have school without grades, without desks and rooms, without set hours for meeting anyway, why not consider how to play with these features to create better school systems? Lots of folks have thoughts. Some of the ideas that emerge will be useful and worthwhile, some will be opportunistic profiteering, and some will be baloney.
Here are some clues to sorting the educational wheat from the opportunistic chaff.
Who is pitching the idea?
Teachers know the system better than anyone; they are, in fact, the leading experts on public education in this country. Most teachers have spent their entire career thinking and talking about how to make the system better serve students. They’ve already started talking about how this crisis could present opportunities (here’s one such conversation in action). 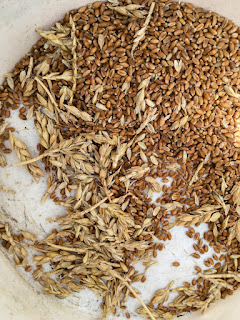 When you’re considering a hot new idea for education, consider the source. Look the pitcher up—do they have any educational training or experience at all. Note: if they spent two years in a classroom before starting their career as an educational entrepreneur or thought leader, that doesn’t count. And if their bold idea just happens to involve a program produced by a company they run or invest in, well, that doesn’t necessarily mean their idea is a bad one, but it certainly is reason to examine the goods carefully.
Has the idea been field tested?
Is there any evidence that this bold new idea might work? Has anyone ever tried it? Do we know how that went? And if formal research is cited, did it come from a peer-reviewed third party study, or was it in-house research by the same folks selling you the solution?
Check also to make sure that the evidence matches the bold idea. Folks trying to sell computer-guided lessons have often cited a forty-year-old study about the benefits of having a tutor, as if having a personal human tutor is the same as doing worksheets on a computer screen.
Does the idea fit the problem?
Some folks do an excellent job of identifying an issue, but then take a huge leap to get to their proposed solution. No matter how compelling and clear their statement of the issue may be, you should still press for an answer to that most critical question, “And how, exactly, does your idea fix that problem?”
Are computers involved?
Advanced computer technology has opened up many possibilities in education. But ed tech’s defining characteristic continues to be its tendency to promise far more than it can deliver. Ed tech promoters have learned that parents don’t get very excited about proposals that sound much like “We’ll have your child sit and work at a computer screen for hours.”
But often that’s exactly what a pitch for “personalized learning” or “adaptive instruction” or “putting the emphasis on learning instead of seat time” actually mean—spend more time working at a computer screen. While such an approach will probably improve someone’s bottom line, there is little evidence that it will improve a student’s education.
Does the idea sound fully formed and polished?
If it does, that’s a bad sign. The U.S. education system is complicated and complex, with millions of moving parts. Most of the current “solutions” are the result of compromise and experimentation over decades. Anyone who claims to have a new solution that is quick, clear and simple to implement is either delusional or selling something. Any useful ideas that come out of this period of opportunity will have rough edges and questions that can’t be answered until we give it a try—and they won’t be good answers for everyone. When it comes to education, one size will never fit all.
The current pandemic creates opportunity for change, both for educators and for disaster capitalists. It will take some care and attention to make sure we’re listening to the right voices.
Originally posted at Forbes.com
Posted by Peter Greene at Monday, April 20, 2020
Email ThisBlogThis!Share to TwitterShare to FacebookShare to Pinterest