Trees, Philosophy, and What Comes Next

My wife teaches first grade; she is working via online tools with her team to create materials. Meanwhile, we are potty training the twins, even though a bit of necessary-but-minor surgery has left me a little less mobile than usual.

That's our story right now. Through social media, phone calls, e-mails, etc, we all know, at this point, hundreds more. The guy who lives in a trailer with no internet at all. The teacher who has three kids, one computer, and a spouse who also works from home. The guy who has hired a nanny to watch his own children so he can get work done. The people who are struggling with zero income, waiting to see if they'll be evicted. The mother who wrote her teachers a "Love you, thanks for trying, but school will now stop for my child so that I can keep him mentally healthy." The people with lousy internet. The people whose family has been splintered by their quarantine location choices.

What I'm struck by, now a few weeks into this, is just how individual everyone's experience is-- teachers, parents, students. Everyone is in a different situation, facing their own set of obstacles. The end result is a nation of people facing very specific issues, pushing aside the big philosophical questions we usually like to chew on. Not "what is the best instructional model for my child," but "how do I get lunch made and the babies down for a nap on schedule while still being on time for my own zoom meeting?" Not "what's the best pedagogical method for this instruction," but "how do I get this document in a digital form that will load successfully on my school's learning management platform?"

Much of US education has been pushed from "What should we do" to "What are we actually able to do?"

There's a lesson or two there. Note first that the answer to "What are we able to do" varies wildly between wealthy districts and unwealthy ones. Note second, and perhaps more importantly for the long run, that for many non-wealthy school districts, "What are we actually able to do?" is a large part of how they do business even when we're not all hunkered down in pandemic mode. One of the big--well, it's not really a lesson because some people already knew it, but this whole mess has seriously highlighted the widened gulf between the haves and the have-nots.

The other big lesson has to do with individualizing. Under the pandemic microscope, that issue turns out to be more complicated than we usually treat it as being.

Individual circumstances and differences are many and varied. Everyone is on their own tree in this forest, and every tree has a special constellation of needs. But it also appears to be true that simply trying to accommodate all of those differences is not only hard and expensive, but is not necessarily making folks any happier.

Consider Success Academy, which has by many accounts made the shift to online learning pretty quickly and easily. But SA secret sauce has been a culture of compliance and surveillance, a simple "do as we say, or there's the door" as well as curriculum-in-a-box. In other words, Eva Moskowitz doesn't really give a rat's rear what your family's special concerns are-- do it her way, or go enroll somewhere else. 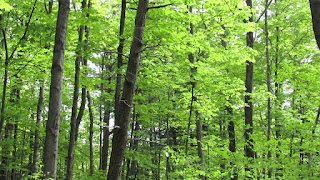 Consider the myriad of social media posts about the frustration and challenges of establishing some kind of routine at home. Turns out that being free to make individual choices about--well, everything-- all day is tiring and taxing.

Like many classroom teachers, I was always inclined to push hard against stuffing individuals into the box and making students bow to the system. But watching folks struggle with the absence of any box at all has made me wonder just how far people are wiling to be pushed away from a system. Fans of competency based education like to point to the advantages of the idea that a student is done as soon as she has mastered whatever was on the list. But I am skeptical about how joyful parents would be when Pat comes home in January and says, "Hey, I finished my learning list, so I'm done for the year now."

People like a certain amount of predictable routine and set procedures, not, I think, because they are lazy or foolish, but because having those things set and decided frees you up to think about other, larger things. People like this stuff. Early in my career, I would try to liven up the long dull stretch from Christmas to Easter (some years, twelve weeks without a single vacation day) by giving students a different seating chart every day. They hated it. In some classes, once we got to the part of the year when I had actually learned names, I'd allow them to sit wherever; they invariably assigned themselves seats and insisted on the same seating every day.

The set routines, procedures, traditions can seem stupid and arbitrary, and often they are. It's arbitrary that we drive on the right side of the road. But a world in which everyone was required to make their own decisions about where to drive would be stressful and taxing and probably more dangerous.

None of which means that I don't favor individualized approaches to education. Some practitioners are managing the transition to non-classroom crisis education well. Here's a good example from the ever-erudite Paul Thomas, and it points to what may be the critical core of all of this ruminating I'm doing here (sorry if you're only now realizing that you have stumbled into one of my rumination posts)--

School as we do it in the 21st century is a collection of traditions and techniques, structures and procedures, a shell of sorts filled up by the work done by actual teachers. Some of that structure has been bent out of shape to accommodate junk like high stakes testing. And some of it has been targeted by disruptors and privatizers as, depending on how much credit you want to give them, a weakness of an aging system that interferes with education, or a vulnerability that can be capitalized profitably.

And now most of it has been unceremoniously and abruptly swept aside.

Lots of folks are writing pieces about what will come next. I don't know, and I don't think they do, either. After 9/11, many things were declared dead (so long, irony) that bounced back pretty quickly. There's every chance that come the fall of 2020, everyone will be desperate for a recognizable, familiar, comfort food version of public education that will look exactly like it looked back in January. Homeschoolers and choicers are salivating in the belief that they are right now winning a zillion converts; I would be truly astonished if that turned out to be true.

But when schools come back, folks will have a chance to make mindful decisions about what the real core of the institution should be. Some are figuring it out, and some already knew and, like Thomas, sort of re-confirmed those values by transporting them. There's a real chance here to push back some of the worst parts of 21st century ed reform (I have a whole post about that coming), but also a chance to make sure there is room for the things that stakeholders really value. Absence can make the heart grow fonder, and it can also make the head a little clearer.

What are the things we value? What do we want to be certain makes it back into public schools when they return from crisis mode? What should be accommodated by the structures and procedures?

We've been reminded of the vast breadth of individual needs, even had a glimpse of what seven million individual schools might look like. But we need to remember those questions even as we try to balance individual needs against uncomfortable chaos. And we need to avoid getting bogged down in the detailed stuff, the "how do I get this printed out" stuff, the little detail fleas that will hover over everything come the fall. All of this pandemic chaos has pushed the big education questions from the stage; we need to make sure they are not neglected for too long.