Voice Cloning: One More Way Teachers Can Be Replaced

So, Venture Beat is a website touts itself as the leading source for transformative tech news and events that provide deep context to help business leaders make smart decisions and stay on top of breaking news. 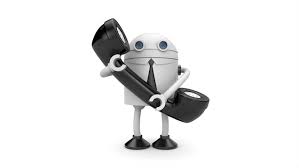 That includes "sponsored" news like this very special piece from Lovo, a Berkeley-based company whose sub-title is "Love Your Voice" and whose co-founder explains their mission as "Making human voice scalable, ubiquitous, and accessible." That co-founder is Tom (Seung Kun) Lee, who has been COO for Orbis, done digital marketing for LG CNS, and worked for MuleSoft-- and that's all just since 2016. He got his Business Administration and Management degree from U of C, Berkley in 2016; it took him six years but that may be because it appears he took 2013-2015 off to be a Squad Leader in the Republic of Korea Army.

Anyway. Lee is quoted heavily in this advertisement for Voice Cloning which claims that this awesome AI-powered tech is "becoming the new normal."

And just in time, too. The "global elearning  market" was going to hit total market value of $325 billion by 2025, driven by, among other things, "the need  to educate people at low cost." Need? Whose need is that exactly, and is this "need" like "I need to eat food or I will die" or more like "I need a new iPhone because my old one is now six months old." Or maybe "need" like "I need to buy a new vacation home soon--how can I cut my business costs." The article also cites "the proven convenience and effectiveness online learning." That's not a typo, but a quote. Of course, that proven effectiveness has never been proven, but this is an advertisement, not news.

Anyway, the global elearning market was going to blow up, but then Covid-19 happened and now who knows what the projections are? And the "the need to go online collided with the education system, K to college, in a big way. Public school teachers? Unequipped to handle it. Teachers had to become "content creators."

"Educators are not professional podcasters or YouTubers,” says Tom Lee, Co-Founder at LOVO. “They’re not used to recording or speaking into the mic.”

Well, that's not universally true, but Lee is trying to sell something here, so stay with him. You may ask, couldn't teachers just put up power point slides? Well, sure, says Lee, but voice is really important (he quotes Maya Angelou). But scripting and recording whole lessons takes a lot of time, and-- seriously-- he also presents as a "simple fact" that "humans get tired easily when reading a script. Yes, there's a major problem here. We'll get back to that.

But what if a computer could read and record a script in your actual voice!!?? You record a few minutes of your own voice for a sample, and then the voice is cloned and any text can be turned into an audio version with your own voice!!

This is actually being don e in California, somewhere, and on online platforms like Udemy and Udacity. Seriously.

"Digital learning will be the new normal," says Lee, who is trying to make money from it. "Voice cloning isn't just a fad, and it's not going to disappear any time soon," says Lee, whose business plan depends on voice cloning not disappearing any time soon. "This trend is not something you can choose to avoid," says the guy whose income depends on your not avoiding it. "How you address the new normal is the critical part," says the guy whose financial success depends on convincing a bunch of people that this is a new normal and they should respond to it by giving him money.

This is the classic ed tech method-- a sales pitch masquerading as a prediction of the future.

The scary part is that you know there are some Education Leaders out there who are thinking, "Awesome! Once I get Mrs. McTeachalot to record her lessons and write out her scripts, I don't have to employ her ever again. In fact, once I've had her voice cloned, I can get a class created by some underpaid intern but it will still sound just like her!! This gets me one step closer to replacing those damned expensive humans!"

I have no idea whether the cloned voice sounds like the real thing or if it sounds like some sad imitation of a ghost trapped in a tin can. A quick Google shows that Lee is certainly not the only person in the voice cloning biz. The BBB now warns that phone scammers can collect and clone your voice and use it to scam your loved ones, so that's scary. The FTC had a workshop on deepfakery, which includes voice cloning as well. So it's clear that voice cloning is at least the future of criminal activity. I don't know that it's the future of teaching activity.

But I do know one thing-- all across the US, on every normal school day, millions of teachers stand up and deliver lessons without any script. They just talk right out of their highly trained brains. I suppose some might get mic-shy when faced with the prospect of recording and want to write a little something down, but generally speaking, teachers are good at generally speaking. That whole "you need a computer to read the script for you" pre-supposes a script-- and who needs them?

So I'm not sure who actually needs this magical AI-powered software genii-- unless it's that guy who dreams of running an internet school without any meat widget employees. But actual teachers in actual schools--even during the great pandemic pause? No thanks.

Posted by Peter Greene at Wednesday, April 22, 2020
Email ThisBlogThis!Share to TwitterShare to FacebookShare to Pinterest