State College is the home of Penn State University, and up until last spring, it was the home of Wonderland Charter School. The school was authorized over the resistance of the State College School Board years ago, and has, according to some local sources, something of a 'hoity toity" following. But last spring, word got out that SCASD had the ammunition to shut Wonderland down, and so they voluntarily folded their tents in June. 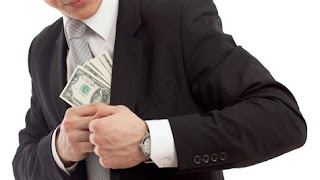 Wonderland was co-founded by Marilyn L. Ohnmeis as a kindergarten and preschool in the 1990s. She and her husband, Hal Ohnmeis, tried to make it a charter school in 1998 when PA passed charter laws. SCASD rejected their request but that was overturned by the state on appeal. The most common voice and front-man for the school is Hal Ohnmeis, a former army ranger with no educational background or experience. The school grew up to K-5 and promised a personalized education approach, touted the DISTAR model of direct instruction, and promised teaching to mastery for every student. As of last year the school had 79 students and 12 teachers.

But the public school system which handed over tax dollars to the school believed that things were not so rosy in Wonderland. In a statement issued last spring, solicitor Scott Etter said:

These failures, in the area of special education in particular, are systemic, institutionalized, and long-standing, and were put in place and are enforced by Wonderland leadership, to include its founder, former CEO, and current business administrator; its education director; its current CEO; and its other lead teacher. We believe that these failures are so severe and significant that it is appropriate to initiate the non-renewal/revocation proceeding provided for in the (charter school law) and the Basic Education Circular on Charter Schools.

While Wonderland has its defenders, who showed up at SCASD board meetings to make their case, the charter was also slammed by its own board members, teachers, and parents. An initial three-month review of the school revealed some significant issues:

Student performance on tests was lower than the sending district. The education director lacks an administrative certificate. Wonderland teachers were the lowest paid in the state. The school CEO allegedly refused to let the SCASD see the IEPs for Wonderland students. The "very scripted" curriculum resembles the curriculum used by most districts for at-risk learners.

Ohmneis said that SCASD didn't factor in teacher end-of-year bonuses, and misrepresented how they used special ed money. He also claimed that IEPs couldn't be shared with the district.

That was back in June. Now Etter has released his updated report on Wonderland and the school ends up looking like yet another example of charter school scamming in action. Here are some of the findings of the report, based on interviews with board members, teachers, and parents:

Wonderland systematically and deliberately gamed the special ed system of Pennsylvania to avoid enrolling or creating IEPs for all but the most profitable students with special needs. Etter argues they did this by, first, having a model of constant teacher turnover, which not only kept salaries low but created a regular "influx of young and inexperienced teachers, who are not in a position to know any better, say anything, or be there longer enough to really grasp what is transpiring." A board member who questioned the turnover was told it was the "Wonderland model."

Ohnmeis discussed the cost and "potential catastrophic financial implications" of IEPs at board meetings. Meanwhile, parents were discouraged from enrolling students with special needs. One parent was told that Wonderland would not administer their child's medication (they don't believe in medicating children) and that Wonderland doesn't like to have IEPs because "they restrain us in what we like to do to help the child."

Wonderland did, however, identify a ton of students in the speech and language category. This is Charter Scamming 101-- students so identified entitle you to the whole extra-large chunk of money from the state, but they cost very little to serve. Wonderland may have over-identified students in this category by as much as 1,000%. Ka-ching.

Prior to parent-teacher conferences, Ohnmeis instructed teachers to tell parents who asked about IEPs for their children to tell them that the child was making progress, needed more confidence, needed more practice. Teachers were also dissuaded from including anything negative in write-ups of education plans for students; if anything negative was included, administrators removed it. Parents report being given a rosy picture of what was going on at school, only to be surprised later by the truth.

There are numerous stories of parents, teachers, and even visiting SCASD administrators that numerous students appeared, or were reported, to need special help. They were not getting it, and administrators of the school denied any such assistance. Later investigation showed that Wonderland was out of compliance with several regulations. Ohnmeis (who you will recall has no educational training or experience) often represented the school in IEP meetings.

Real estate scamming. Wonderland entered into a one year lease with a for profit corporation owned by Ohnmeis and his wife (did I mention she was a founder/chief academic officer, director). Work on the building does not appear to have been bid out. The school apparently also licenses its trademark from for profit corporation owned by, you guessed it, Mr. and Mrs. Ohnmeis. The couple has also served as board members while also employed by the school. That's probably illegal.

When announcing their decision to close, the school sent out an email that said, in part,

The Wonderland board of directors was faced with a very difficult decision Monday night. Over the last several months, State College Area School District has continued to inundate Wonderland with increasingly numerous costly and time consuming requests, as well as intrusive, harassing, and redundant inspections. All the while, refusing to present specific charges allowing the legal renewal proceedings to continue.

So not even an "Ooopsies! We made a few paperwork mistakes but we'll totally do better." Just a flat denial and closed doors. Meanwhile, the school's website has gone dark, though you can still visit them on Facebook. The good news here is that the public school system was able to shut down a financial drain on its ability to operate and offer programs to its students. The bad news is that things had to get seriously and demonstrably bad before they could do it.
Posted by Peter Greene at Wednesday, August 15, 2018
Email ThisBlogThis!Share to TwitterShare to FacebookShare to Pinterest