The  charter school pitch often focuses on the idea that all students deserve choices, that families should be able to explore options.

Here's the CEO of KIPP Texas, speaking about the big Texas KIPP merger:

We realized our organizations wanted to improve student success across the state and we wanted to create an environment to serve more KIPPsters. 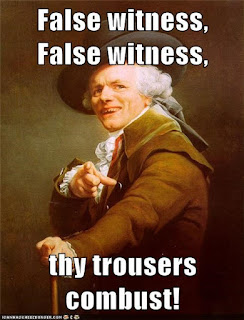 Don’t you deserve the chance to explore a variety of options, just like you have when making other decisions that impact your family’s future?

It turns out that when Coleman says "you," she doesn't actually mean "you everybody." Only certain select "you."

Here she is earlier this week, arguing against a "bad idea" that has "taken root" in the legislature. What is the bad idea? What is she railing against as a threat to charter schools in Texas?

A proposal that charter schools should have to accept all students.

Charter schools in Texas have some pretty cushy deals. For instance, in Austin, charters actually get $1740 more per students than the public system. And charters also have a fun item in Texas law-- they do not have to accept any student who has a record of disciplinary issues.

To read Coleman's piece, one would think we're talking about young felons with a rap sheet a mile long. The restriction is there, she says, because charters don't get the money needed to create special facilities to handle "violent students" (she uses the word "violent" four times in her short op-ed). She wants you to know that 76,000 public school students were in trouble for criminal behavior last year. And if you aren't scared enough yet:

Is this an argument against the proposed law change, or a sales pitch for charter schools (send your chid here to be safe from Those Peoples' children). Probably both, but as the sponsor of the bill, Rep. Gina Hinojosa points out, it's not entirely accurate, either.

Many charter schools take advantage of state law that allows them to exclude students from enrollment because of any disciplinary history — even visits to the principal’s office. As a result, unlike our public schools, which are required to educate all kids, charter schools can exclude students. Many of the largest charter schools, such as Harmony, Uplift Education, Southwest Key (Promesa) and International Leadership, ask about student disciplinary history on their admission applications. Not only does this practice allow these charters to screen out students, it has a chilling effect on those who might apply.

So if your child has ever so much as been sent to the office for smirking or written up for gum chewing, the charter has a free pass to reject your student.

The ban on disciplinary issues is, really, kind of genius. It sounds reasonable (school safety, you know), but which students are over-represented in school discipline issues? Children of color and children with special needs-- and there's a study to show that's just as true in Texas. So Texas charters get a free pass to discriminate based on special needs and even race without having to say so out loud.

So Texas charters get more money to educate a cherry-picked student body, while the public school gets to educate the students that the charters reject with even less money to do the job. Some examples:

There's a big discussion to be had here, and God bless Hinojosa for forcing the legislature to have it. But there is also a big, clear, Texas-sized takeaway-- when Texas charters say that every family deserves a choice, that every child should have an opportunity to attend a charter, they are lying. They have no desire to open their door to all students and no intention of doing so unless forced to by law. In Texas (as elsewhere), school choice means that charter schools get to choose which students they want to serve. Whether this bill succeeds or fails, Hinojosa will have exposed Texas charters as the liars they are.