Bill Gates Thinks The Textbook Is Dying. Is He Right?

The annual Bill and Melinda Gates letter features nine "surprises," including one trend sure to affect classrooms--if it really happens. "Textbooks," says Gates, "are becoming obsolete."


What he's really describing is how computer-driven mass customized personalized learning can supplant some aspects of traditional classrooms:


Suppose you’re taking high school algebra. Instead of just reading a chapter on solving equations, you can look at the text online, watch a super-engaging video that shows you how it’s done, and play a game that reinforces the concepts. Then you solve a few problems online, and the software creates new quiz questions to zero in on the ideas you’re not quite getting.


There are several reasons I would not write an obituary for textbooks just yet. 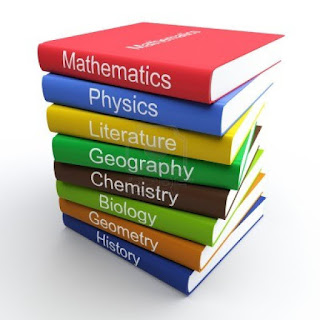 Cost. Schools buy textbooks once and then use them for years. Software, on the other hand, requires schools to buy a new set of licenses annually--in effect repurchasing texts every year. This model is not going away any time soon. In fact, the next time you get an update notice for Windows, stop and read the message. Chances are it starts with "Windows is a service." This is the rising model--instead of buying a copy of software to own and use as you will, companies are continuing to move toward "subscriptions" for a "service." We no longer buy a copy of Office, but instead subscribe to Office. This is good for their revenue stream, but for a school system to, in effect, repurchase its "textbooks" every single year in addition to regularly updating the equipment (netbooks, tablets, etc.) students will use to access the text--that's a big price tag.


Digital natives are unimpressed. Studies keep saying so and I can support it anecdotally based on my own years in the classroom--students would rather read paper. For a literature teacher, online copies of various texts are truly a game-changing resource. But invariably the majority of my students would follow the link to the text--and then print it out. The generation of digital natives is no more likely to be impressed by using a computer screen for a task than older folks would say, "I am really excited to do this work because I'm going to use a ball point pen!"
Instructional weaknesses. Imagine a teacher stands in front of a class and presents a lecture and demonstration for a lesson. At the end, a student raises her hand and asks if the teacher will explain one particular aspect of the lesson. "No," says the teacher, "but I can do the whole lecture and demonstration over again exactly as I did it the first time." That is not good teaching. Basic Teaching 101 says that when students don't understand a concept explained one way, the teacher needs to explain it a different way. But a video clip cannot offer anything except repetition. Trying to reteach a concept by talking over a video clip is more difficult than reteaching while referencing a printed text.


Gates himself points to another weakness of AI-driven mass customized personalized programs. If the student has some problem areas "the software creates new quiz questions." But a quiz is not an explanation. Imagine that your child flunked a math quiz, and the teacher, rather than reteaching the weak areas, just gave another quiz. Would you be pleased?


Technical limitations. Only one kind of text still works when student devices can't get on the network at school.


Overpromising. Gates plugs a free digital course that he funds called Big History, noting in particular that it "gives students immediate feedback on their writing assignments." For well over a decade, tech companies have been promising software that can assess student writing. They have never delivered it--every single attempt has fallen far short of human writing assessment (for more on this, follow the work of Les Perelman at MIT, who specializes in debunking these programs).


In his letter, Gates suggests that software can tell which concepts the student doesn't grasp and how well the student understood last night's reading. Those are really, really huge promises--a large part of a teacher's day is spent trying to determine what's going on inside the student brain, but software will just peek right in there? When software promises the moon and doesn't deliver, it invites the question, "Why did we buy this thing, anyway?" And it casts doubts on future purchases.


There is no question that technology has the power to extend and supplement traditional textbooks. It adds to the variety of instructional avenues available to teachers and allows for an immediate and vivid connection to the world that a textbook does not. Free open-source online texts have, so far, been worth what schools pay for them. There is some large potential is having teachers use online tools to create their own texts, but we aren't quite there yet.


It has been well over a decade since I first heard speakers tell me that the textbook was on its last leg, but old dead-tree textbooks still the preferred tool for the vast majority of classrooms in this country. Let's not write their obituaries just yet.
Originally posted at Forbes
Posted by Peter Greene at Wednesday, March 20, 2019