Oklahoma has been a great demonstration of what happens when state leaders decide that they just don't want to spend money on education. Oklahoma has led the nation in education spending cuts, and schools and teachers have paid the price.

But Oklahoma performed an interesting little experiment, one that is apparently about to end. The path was cleared by a rule that measures the school year in hours rather than days. And so, Oklahoma became the home of the four day school week.

The reasoning was that a four-day week would save school district's money, particularly in very rural districts where hundreds of expensive miles have to be traveled by school bus each day. Maybe, the reasoning went, this will save money.

It mostly didn't. But something else happened instead-- it helped with one of Oklahoma's other self-inflicted problems. 91 of the over-500 districts went to the four day week and discovered they were suddenly attracting teachers to fill openings. And older, more seasoned veterans at that. In a state that has lost 30,000 teachers in the last six years, these districts were getting to pick and choose from among dozens of applicants.

Why? Some cited the three day weekends for family time. That may be, though it only skims the surface. The four days are longer, leaving less time for family and errands, but that wouldn't matter. Teachers generally work six or seven days a week, more than eight hours a day, but those long hours come in two groups-- Group A hours are at school, professionally dressed, and with your location and duties assigned down to the minute. Group B hours are in the place of your own choosing, organized as you think best (e.g. grading term papers at the kitchen table with a pot of coffee, a stack of donuts,  dressed in your bathrobe. B hours usually have to be scheduled around A hours and Living a Life With Your Actual Family hours (and, in Oklahoma, Working Your Second Job hours). To be able to gather a pile of B hours in one day would be a pleasant luxury. I would bet you dollars to donuts that this was part of the appeal. 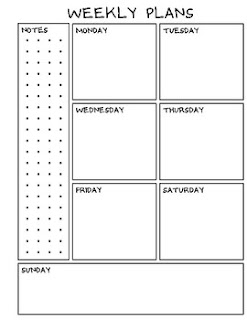 It turned out that, contrary to expectations, plenty of students and families liked it, too. But it also turns out that there's a group that doesn't like the four day week-- Republican legislators. Their five-day week bill just passed the Senate.

So what do they have against the four day week?

Yet four-day school weeks reportedly hinder business recruitment. When announcing that five-day weeks would be a Senate Republican priority this year, Majority Floor Leader Kim David of Porter said, “The four-day school weeks, as we all know, have hurt Oklahoma on a national stage.”

“We've had difficulty bringing in businesses,” she said. “It's hurt our workforce.”

Maybe. But there were already reports of trouble bringing in businesses because apparently people don't get excited about moving their families to the state that leads the nation in cuts to education! But the Oklahoma legislature has been consistent in its belief that no matter how badly they slashed education spending (including teacher pay), they could just count on teachers and schools to somehow keep things at least looking okay. This, I'll wager, is the big sin of the four day week-- it makes Oklahoma's disinvestment in public education obvious and visible. It marks Oklahoma as the state where education is so poorly funded that they have four day weeks. It's just an extra bitter irony that the four day week doesn't even really help, but turns out to be attractive for other reasons. Never mind any of that-- it just makes the state look bad.

And so, the legislature is poised to kill the four day week (with special exceptions if your district is really saving money and your test scores are up). It may not be a popular move, but at least it's way cheaper than actually fully funding education in the state.
Posted by Peter Greene at Saturday, March 16, 2019