You remember Undercover Boss. The mostly-reality show shows a high-level executive putting on a disguise and going out into the trenches of the company. There, they'll meet real employees--often employees with touching hard luck stories. At the end of the episode, the boss meets the employees and metes out a sort of justice--"You get a car, you get a college fund for your kid, you get retraining, and you get fired."
The moments in which a struggling employee receives a bonus, or money for medical treatment, a car, or some other much-needed benefit are feel-good TV, as long as you don't think about them too hard. While some bosses on the show gain insights about their whole system and try to address them, too often the insight is more along the lines of, "I just learned that I don't pay my people enough to afford to raise a family, so I'll give a nice bonus to this one worker and leave the rest of my employees to continue struggling." 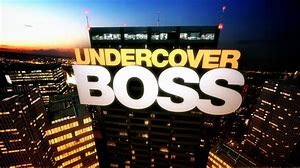 At the end of the episode, the boss hasn't fixed anything. A couple of employees have won a sort of TV lottery by getting the attention and charity of their boss, but "Let's hope some of these folks get lucky now and then," is not a sustainable plan for a business. Bosses should not be congratulating themselves for little acts of generosity when they should be asking themselves why those acts of generosity are necessary in the first place.
Betsy DeVos is proposing to use similar acts of charity and luck to address educational inequity in this country. Her $5 billion education scholarship tax credit proposal is an incentive program, a nudge for rich folks and corporations to give charitably to some private schools and the few students who attend them. Instead of paying this chunk of money in taxes to the government, pay it to a private school by helping foot some student's tuition; that way, the student will be able to leave an underfunded, undersupported, struggling public school. But this act of generosity will not help that underfunded, undersupported, struggling public school, nor any of the students who weren't lucky enough to win the rich patron lottery to leave that school.
The folk directly involved may feel good, but they've fixed nothing.
Yes, getting that student into a nice private school might be good for that one student (if the family can afford to finance the costs above the "scholarship," and provided the school will accept that student), but it won't do a thing to improve the system. It will not, for instance, address the $23 billion funding gap between majority-white districts and majority-nonwhite districts.
There are plenty of other problems with DeVos's neovoucher proposal. Perhaps most notably, it cuts holes in the wall between religion and government, putting the federal government in the position of spending tax dollars on religious schools, and exposing religious schools to the imposition of the rules and regulations that invariably follow federal money. DeVos's program is also an overreach of the department's power remarkably similar to the Obama-Duncan's department push for Common Core and Race to the Top. In both cases the department's defense is, "We aren't requiring states to participate; we're just waving a huge pile of money and federal pressure at them."
But beyond all the other issues of education scholarship tax credits is something more fundamental. In this country, you're not supposed to have to depend on the kindness of strangers or the generosity of wealthy patrons to get a decent education. The DeVos proposal gets the mission wrong, suggesting that offering a good private education for a lucky few is an acceptable substitute to guaranteeing a good free public education for all. She needs to stop trying to find ways to steer federal money to a private system for the few and start finding ways to strengthen the public system for everyone.
Originally posted at Forbes
Posted by Peter Greene at Tuesday, March 26, 2019