Micro-Credentials 101: Do We Need Badges?

Micro-credentials are one of the hot rising ideas in the education space. To understand the basics, go look at your child's Xbox or PlayStation.
For most of the major games, there is an accompanying set of achievements, or badges. Every time a player achieves a particular task (kill 50 zombies without reloading, drive over every tree in the enchanted forest, smash every Lego fire hydrant, etc.) they get a small digital badge on their big page of achievements. 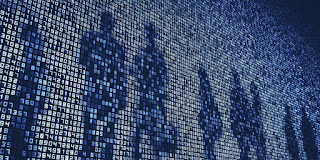 Micro-credentials take a similar approach to education. The root of the idea is simple--you demonstrate a very specific skill, and a badge certifying that micro-credential becomes part of your personal digital file. Some of the earliest micro-credentialing involved computer programming skills, but it has grown far beyond that. To see just how many types of micro-credentials are out there, take a look at Digital Promise.
Digital Promise was authorized by Congress in 2008 as the National Center for Research in Advanced Information and Digital Technologies. It offers micro-credentials of its own, but it also provides a platform for other entities to offer their own sets of micro-credentials. Right now over thirty-five other organizations offer micro-credentials through Digital Promise, including Arizona State University, Teaching Matters, and National Geographic. In 2017, Digital Promise hosted a Symposium on the Currency of Micro-credentials that attracted over 100 people, representing school systems, state departments of education, and the Institute for Personalized Learning. Funders for the organization include the Bill and Melinda Gates Foundation, Chan Zuckerberg Initiative, Google, Michael and Susan Dell Foundation, and Laurene Jobs' XQ Institute.
Digital Promise is a big player, but certainly not the only one. Bloomboard is another example of a platform offering a variety of micro-credentials. Like many such badge programs, Bloomboard is aimed primarily at teacher training. The dream was that micro-credentials would change the face of professional development for teachers; instead of boring sit-and-listen sessions, teachers would log on to their provider and sign up for a micro-credential that they cared about via a sort of on-line mini-course.
Of course, this method of content delivery can be just as deadly dull as any lecture. Anyone who has had to get an on-line certification for handling blood in the workplace or proper proctoring of exams knows the process--do some work at your desk while the slides play out on your screen, then take a short multiple choice quiz using common sense (and multiple attempts) to get your certification. One of the problems of micro-credentials is coming up with a valid and reliable measure of the competency that someone has supposedly acquired.
Another part of the challenge of micro-credentials is just how micro to make them. At one point, Relay Graduate School of Education offered a micro-credential in "Checking for Understanding Using Gestures," which was literally the competency of teaching students how to raise their hands to signal understanding in class. Relay seems to have backed away from the micro-credentialing business, and now a teacher might pursue a micro-competency in "Planning for Success: Helping Your Students Set Their Goals."
Of course, teacher PD is not the end game for micro-credentials; instead, the dream is for micro-credentials to become an element of the computerized personalized learning K-12 classroom that dovetails with competency based education. Digital Learning has started working on its ideas for a micro-credential classroom, as have many others in this field. There is an additional challenge here--how do you break the many competencies involved in a K-12 class into a series of micro-competencies. And there's the challenge that teachers already face--how do you turn the objective of knowing something into the demonstrated skill of doing something?
The money to be made is not just tied up in the competencies themselves--there must also be a place to store the badges. This brings us to companies like Learning Machine, who promise to anchor the business of digital identities (where else) on blockchain. At this stage, we start to encounter some companies blowing some serious smoke. Here, for instance, is PTB Ventures. What do they do?
PTB Ventures is a thesis driven venture capital firm investing in early-stage companies in the digital identity ecosystem.
That is some high grade baloney.
Once we get to blockchain, we start talking about the big dreams. Just as bitcoins don't need any central authority to issue and support them, your blockchain-anchored digital identity does not need a special authority to update or oversee it. You could earn new badges anywhere--in particular, from the work you're doing, so that instead of taking courses to earn micro-credentials, you can earn them while making money. As one group's slogan puts it, "Learning is earning."  Schools and colleges? No longer necessary. Resumes or CV? Stored digitally; your digital identity is now a collection of badges, and someone who wants to hire can simply plug in a list of the badges they want and pull out a list of worker bees whose badge list matches.
This, it should be noted, would also include social and emotional traits, as SEL is another hot new item in digitized education. The digital unit about dealing well with conflict that you flubbed when you were eight will follow you for the rest of your life.
The ways in which this brave new future can go wrong are too numerous to count. Educational goals set and measured by computer programmers. The problem of innovation--a system like this can only certify skills that are already known. The flattening and simplification of learning to training in easily-measured job skills. Micro-credentials that may or may not actually be valid and reliable measures of what they claim to measure. The privacy nightmare of having your life reduced to a digital file that is beyond your reach and control. What would an untrustworthy government do with this kind of data? And what, one wonders, happens if the company responsible for storing your digital identity goes out of business?
But every element of this system already exists. We may want to pay attention in the next few years.
Originally posted at Forbes
Posted by Peter Greene at Friday, March 15, 2019