You have read by now that Betsy DeVos is finally going to get one of her favorite policy ideas floated past Congress. But what the heck is it, and why is it a problem? To understand, we have to look first at what's been happening in some states.

The financial device we're talking about is a Tax Credit Scholarship, and it's a bit of a clever dodge.

Let's say I'm the State of New West Virkota. The state would like to collect a tax of $100 from Bob and give it to Come To Jesus Academy, but there are rules in place that say that the state can't give taxpayer money to a private religious school. So instead, the state tells Bob that he can give $100 to the Good Neighbor Scholarship Fund instead of to the state, and then the Good Neighbor Scholarship Fund can spend the $100 to pay tuition for some child to attend Come To Jesus Academy. It is a transaction not unlike money laundering, or a fifteen year old paying a college kid to buy beer for him. In Georgia, your contribution can be earmarked for a specific school where "the funds will be equally divided among all approved, eligible students." So, yeah-- it's a donation  to the school, not a scholarship for a student. Georgia can't give Bob's tax dollars to a private religious school, so it just gives Bob credit for giving the money for them. 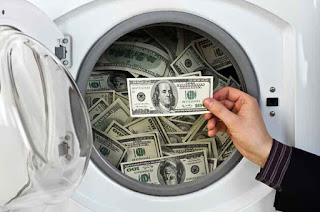 And it's not just the shadiness of skirting the law. In some states, like Virginia, by leveraging state and federal deductions and credits, you can actually make a profit on your contribution. Here's a wealth management firm explaining how to turn $10,000 into $10,960. The definitive research on just how crazy this stuff gets has been done by Carl Davis of the Institute on Taxation  Economic Policy (his name appears in virtually every article that has been written about the Trump-DeVos proposal). Here's a whole paper, or you can catch him in an informative interview here; I advise you to be sitting down while you're reading it. According to Davis, ten states have that little profit quirk, and they aren't shy about saying so:

"When you donate, you will receive both a Georgia state tax credit AND a federal charitable deduction," as Georgia's scholarship organization puts it on its web site. "You will end with more money than when you started, and you will be helping students receive a good education."

DeVos, via Ted Cruz's sponsorship of the bill, wants to up the ante.

Her proposal is a federal tax credit ("neovoucher" is also a word used for these). The price tag refers to the total amount of credits that would be allowed-- and they would be allowed at 100%. Rich folks can "donate" up to 10% of their adjusted gross income; businesses could give 5% of their net taxable income.

So why is this bill a problem?

Conservatives are, in many cases, not thrilled. If your dearest dream was for the Department of Education to go away, giving it another $5 billion program to run does not seem like a step in the right direction. It also looks like an example of federal overreach, the DeVosian answer to Race to the Top. And of course, any time the feds even get near money, they start trotting out regulations and rules and red tape and strings. So this proposal is not necessarily a slam dunk on the right.

The PR for the bill stresses that these scholarships would not take "a single dollar away from public schools and the students who attend them," which is technically true because under a tax credit scholarship system, the government never actually touches the money. But the argument is disingenuous. The federal government is going to be down $5 billion dollars, and that has to come from somewhere. You can argue the finer points all day, but the bottom line is that the federal government would spend $5 billion on vouchers, which means there are a bunch of other things it won't spend those $5 billion on. In other words, it sure as hell is taking $5 billion away from somebody.

Tax credits are a handy device for funding private schools, meaning that they can be not only religious but also exclusive and selective.

It is another way to shift toward a privatized system rather than a public one. DeVos has praised Florida Governor Ron DeSantis and his attempt to paper over that problem by simply calling private schools "public" and insisting that any school funded by public tax dollars is a public school. This takes us straight into Orwellian baloneyland, a place where we call charter businesses, private religious schools, and the kitchen table where you homeschool your child "public" schools, but somehow the kind of public school that isn't actually open to the public.

And as Adam Laats points out, history already tells us that there are real problems with an education system that depends on the largesse of rich folks to function. It's such a bad system that it drove us to come up with a system that was publicly funded, publicly run, and responsible for educating all of the public. If you want to see what depending on charity, luck and wealth looks like, just look at our medical system, which as Rep. Eric Swalwell observes, runs partly on luck, partly on wealth and partly on jars with sad pictures parked beside cash registers.

This proposal is about what DeVosian choice policy is always about-- getting wealthy folks out of having to foot the education bill for Those People.

Will this bill survive? Diane Ravitch says no, and points out that DeVos has scaled down her plan-- two years ago she wanted to repurpose $20 billion of Title 1 money for the same idea, and the GOP said no. This bill has tried to stave off some of the objections by not (directly and obviously) taking money from public school students, and by making state participation "voluntary" (much as Race to the Top and Waivers were "voluntary"), but it has the same basic problems-- federal overreach, tax dollars financing private, religious schools, and privatization of the public education system. It richly deserves to fail, but if you think your representative needs to hear that, don't hesitate to call him.