If there is any benefit at all to the complete hash of the takeover of Lorain  City Schools, it's that it has brought renewed attention to Ohio's terrible takeover law and renewed energy to attempts to bust that law. 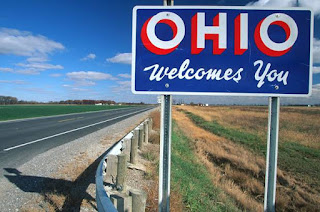 There are actually two proposals floating around currently, both bipartisan. State Reps. Kent Smith, D-Euclid, and Steve Hambley, R-Brunswick, announced House Bill 127 this week. The bill calls for a moratorium on all school takeovers. The bill would not roll back the three takeovers already under way (Youngstown, Lorain, and East Cleveland). Hambly told the Chonicle:

At this point, untangling that knot’s a little bit more complicated, but I think the one thing I can say about our proposal is it doesn’t create any more victims.

Hambly says at this point the bill has disrupted not just schools, but the entire city, providing "three case studies on how not to help a community."

Meanwhile, Rep. Joe Miller, D-Amherst, and Rep. Don Jones, R-Freeport,  say they will be proposing a bill that will dissolve the Academic Distress Commissions that run the takeovers. Once again, the Chronicle is all over this story.

“We realize that when you move decision-making farther and farther away from students, the more likely you’re not going to be able to meet their needs,” Miller said Friday in a phone interview. “And there are a lot of things that go into that classroom than just children trying to score a certain test score.”

“Academic Distress Commissions have not only taken away school and community pride, but have proven to be unsuccessful in their mission,” Jones said.

One other factor that may help with this bipartisan push-- there are ten more school districts that will soon fall under the HB 70 ax, and one of them is Columbus. We'll see if legislators feel differently when the district under the gun is right up the street from their offices.

HB 70 passed under the shadiest of circumstances-- it was proposed as an amendment to another bill in the morning and passed by the Ohio Senate and House later that same day, and swiftly signed by Governor Kasich. The Ohio Supreme Court will hear a challenge to the bill's constitutionality this year.

If you live in Ohio, now is an excellent time to contact your elected representative
Posted by Peter Greene at Wednesday, March 13, 2019