What Ever Happened To Common Core

You remember Common Core. First it was going to save the educational universe (and help lift a couple of political careers). Then it was going to turn all our children into gay communists. Then, most everyone stopped using the words. These days, it's considered more appropriate to talk about "college and career ready." Meanwhile, while many states still have the Common Core Standards in place, many other states have made a show of throwing them out, then re-installing them under some new name.


But most of the heat and light surrounding the Core erupted on the policy level. A decade after they slid into view, what effects have the Core had on actual classroom teachers?


To begin with, the entire set of standards never really gained traction. The standards that really mattered were the ones that appeared on the Big Standardized Test. Whether it was the PARCC or the SBA or a special state-specific test, the end-of-year testfest dictated which standards really matter. For instance, the Core includes some standards about speaking and listening, but nobody in an actual classroom worries about those, because they are not on the high stakes BS Test. 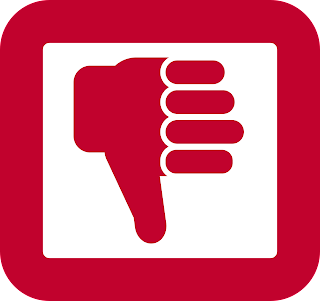 Whether they were called anchor standards or key standards or special focus or else standards, some standards turned out to be far more important than others. In this way, the standards were re-written almost immediately.
The Core also had the effect of what Thomas Newkirk calls the "mystification" of education-- "taking a practice that was once viewed as within the normal competence of a teacher and making it seem so technical and advanced that a new commercial product (or form of consultation) is necessary." The Common Core turned teaching into a task that couldn't be entrusted to mere teachers (or parents).


The Core also narrowed instruction. There's been a great deal of discussion about how courses other than reading and math were squeezed out, with some schools even eliminating recess so that more time could be spent on the test-weighted subjects. But the Core narrowed instruction in other, less obvious ways, as well.


The Common Core Standards can be understood as data tags, a way to label tasks and achievements of students. But consider a set of data tags such as the mood tags on Facebook. Back in the old days, we made do with a simple like, but now Facebook users can also express amusement, love, or anger. But to keep such a system (and the data it generates) manageable, a certain narrowness of categories is necessary. So I can show Facebook that the video about pandas makes me laugh, but I can't tell them that it also elicits a wistful sadness from remembering my old dog, or that it also makes me a little angry to consider the conditions under which the pandas are kept. Emotions are complicated, but Facebook's tag system isn't, and so lots of information is thrown out.


The same is true of the Core. Writing is complicated, but the Core writing standards are not. Reading literature and non-fiction is complicated, but the Core simplifies the matter by being unconcerned about content. With the exception of a side note and a reference to certain American historical texts, the Core's reading standards could be taught by using the morning newspaper. If your expectation is that a "good" reading program would include certain classic texts, well, the Common Core doesn't really share your concern.


Now, at this very second, someone is hitting their keyboard to say that their school's standards-based reading program absolutely contains classic content. This highlights one other feature of the Common Core-- after all these years, individual districts, schools and teachers have rewritten it like crazy. Teachers, working in the laboratories of their classrooms, have kept what worked, thrown out what didn't, and have put back things that were missing. Many teachers have discovered an empowering truth about the Common Core-- one may teach anything in their classroom and claim that it is standards-based. There is nobody in a position of authority to contradict them.


Some observers of the education biz may have one other question about the Core-- won't the pushback on the BS Tests and the rise of personalized learning wipe the Core standards off the board?


The answer is no. If the Core can be understood as data tags, then carrying them over into a computer-based algorithm-driven system like the current model of personalized learning will be simplicity. In fact, it will make setting up an algorithm-driven software-centered program even easier, because it is a ready-made cataloging system already available and, in most cases, already in place.


So the Common Core Standards may have changed their name and be re-written in a dozen different ways, but they are still alive and bubbling beneath the surface of public education. Nothing the federal government has done or talked about doing has changed that in the slightest, and the new wave of education reform ideas will actually reinforce the Core. We may not be talking about them anymore, but in one form or another, we are still living with the Common Core Standards every day.

Originally published at Forbes. You can check me out over there these days.