Oh, Privatization Isn't All That Hard

I appreciate a good batch of snark as much as the next guy, but to really land, you need to not pretend that you don't know what you fully well know. Recently at Education Post, the war room web operation set up to advocate for the poor reform billionaires like Eli Broad, Lane Wright took a swing and a miss at some wacky pro-reform satire.

The piece is entitled "Turns Out Privatizing Education Is Harder Than It Looks," and it's goal is to say, "Gosh, what silly dopes think we're trying to do that?" But to sell his point, Wright has to pretend he's a dope. 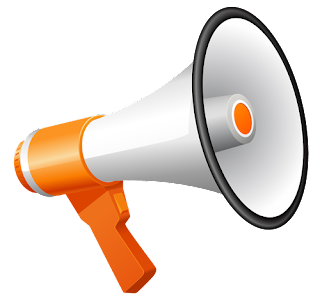 Lane Wright is no dope. Currently the Director of Policy Analysis/Jargon Slayer at Education Post, he previously served as Director of Communications for the reform TNTP, Press Secretary for StudentsFirst  in Florida, Georgia and South Carolina (both TNTP and StudentsFirst are very reformy projects linked to former DC chancellor, She Who Will Not Be Named), Press Secretary for Governor Rick Scott in Florida, and Managing Editor of the Sunshine State News where among other duties he "coached reporter's on the organization's mission of telling stories from a conservative perspective." All this came after serving as reporter/editor for Four Points Media Group, a holding company that owned some tv stations. He graduated from Brigham Young in 2005 with a BA in communications and broadcast journalism. He's been working with education reform groups since 2013.

So he doesn't get to play dumb about any of this. But he's going to try. Starting by being surprised that Valerie Strauss says there's a" movement to privatize public education in America."

Unfortunately, none of us who are supposedly doing the privatizing are aware of it. We all thought we were working to give families better schools to choose from, especially those families stuck in schools that are either a bad fit individually or failing students on a mass scale.

Har. Wright does not address the biggest question he raises-- why, if it's so hard to find evidence of privatization, have so many people come to the conclusion that privatization is going on?

One hint is that reformsters work to give "better" choices by creating charters, rather than by trying to create more choices within the public system. Another would be that the charters they advocate for are private entities, run by private businesses and private organizations.  Charters are not operated by publicly elected boards.Charter schools themselves have argued in court that they are private entities that should be free from public scrutiny, and that taxpayers may NOT follow the money that they forked over to the private schools. Moderrn charters are private schools in all ways-- except for being financed with public money.

Wright also mocks the idea that privatizers are funneling public money into private school systems. That's a bold argument, and Wright fails to make it.

..if we want the benefits of privatizing schools, which must be gobs and gobs of money, we should all stop working for nonprofits that run the majority of charter schools and for the nonprofits that exist to advocate for school choice.

First, Wright has worked in Florida, so he knows full well how many charter operators make a profit while operating non-profit schools. The basic approach is to have the school run by a non-profit shell that pays costs for building rental, curriculum and even janitorial services to a for-profit company that may be run by the very same people operating the "no-profit" school. Heck, Eagle Arts Academy in Florida pays its owner and founder for the right to use their own logo. He also knows full well that the non-profits that advocate for school choice (like, say, Education Post) are heavily funded by some of the same billionaires and hedge fund managers who hope to profit in the education biz.

Are people attracted to ed reform by the money? Of course they are-- it's a $600 billion mountain of cash, and ed reform has always been driven, in part, by hedge fund investors and real estate moguls and tech whizzes who believe they should be allowed access to that market. Ed reform has always been, in part, about opening a closed market. Some people sincerely believe that the profit-driven free market would make education better, and others just smell huge profits.

But what about the "massive philanthropy organizations" like the Gates and the Walton family and a half dozen others (that help fund the organization that Wright works for). They're just throwing around all this money-- surely they're not in it to get rich. And here Wright has finished switching the terms of the argument from "privatizing" to "profiting." Some folks on my side of the fence will argue that the Big Guys are indeed in it for the money-- I'm not so sure that's true, but more importantly, it's beside the point.

What we have witnessed with Gates and Walton and Broad et. al. is, in fact, an attempt to privatize public education-- to take a public institution and bring it under private control. Sometimes they're pretty direct about it (see Reed Hastings argue that publicly elected school boards ought to be done away with). Nobody elected Bill Gates the head of the US school system, but he decided that he should go ahead and oversee, nudge and otherwise push the implementation of Common Core across the entire nation. Some of what has pushed reform in general and privatization in particular is the idea of the visionary CEO, the bold innovative leader who shouldn't have to deal with government regulation and unions and anything else that would stand in his way. Privatization for these folks is not about profits-- it's about control. It's about imposing their personal, private vision on a democratic institution-- which means we have to either circumvent or eliminate the democratic elements. That aspect of privatization bothers me more than a bunch of shysters running an education-flavored scam.

Wright also wants to argue that if they were really trying to privatize schools they would make things a lot more secretive, which-- well, see above. They do that. He argues that since charters take the same tests and have their results published, they are just as accountable. Again, I have to believe he knows better. The secret here, particularly from a marketing standpoint, would not be to keep student scores secret-- it would be to make sure that your student body was going to bring in great numbers. You could do this by being super-focused on test prep, or by nudging out the students who were going to make you look bad. Plenty of charters do one, the other, or both, and then start pumping out PR bulletins about their "miracle" school.

What else has he got? Well, if they were really good at this, he argues, far more students would be in charter schools. There are many possibilities, including the obvious-- charters aren't good enough to attract a large market share. As an old Florida hand, Wright certainly knows about techniques like "cut your public schools off at the knees financially so that they can't compete." Wright suggests that the low charter numbers is proof that they aren't all that serious, but the many reform articles searching for a solution to the problem indicates they are quite serious-- they just don't have a solution.

Wright also mocks civil rights concerns, and offers nothing but "civil rights apply to everyone." Again-- he knows better. He knows about the concerns that charters accelerate segregation, that the NAACP has called for a charter moratorium, that some folks find some charters have a rather colonial attitude about their students of color.

But after somehow managing to mock The Lorax, Wright chooses a big fat straw man with a side of false choices for his conclusion:

But I suppose I have to accept who I am, as defined by the defenders of the status quo. I’m not a public-education advocate, I’m a privatizer. I don’t care about kids. I care about making evil companies rich at the expense of the little guy who, for all these years, I thought I was fighting for.

"Defenders of the status quo" is so 2012. Charters, test-centered accountability, common core (under various aliases), VAM-soaked evaluations-- the whole reform agenda is now the status quo. And while Wright may not be a privatizer, he is certainly not a public education advocate. The rest is whiny straw manning.

Look-- I'll allow that some reformsters really are in it for the kids. But even some of the most hard core reformsters recognize that some of their allies are in it for money and/or power. Wright isn't here to advocate for reform; he's here to pitch for charters. He shows his hand by equating privatization with charters, when in fact reformsters have also worked hard to privatize testing, teacher creation, and any other aspect of education where one can make a buck. He shows his hand when he opens with a reference to "Florida's remarkable achievements," an list so imaginary I can't even guess what he means; Florida remains a playground for privatizers, a state with legislators openly hostile to public education.