Calvin, Hobbes, and the Limts of Time

One gift that I finally got to crack open this summer was my copy of the Complete Calvin and Hobbes. And I just finished it.

It's done. I've looked at every panel, every sequence, every extra piece of artwork. That's all there is. There is no more.

You know the feeling. You love the book, or the book series, and you turn the last page, and you're done. That's it. There is no more. 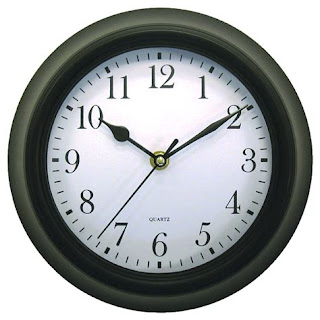 My father is a bit of a Glenn Miller scholar, and he has amassed over the years pretty much every recording, including many that exist only as reel-to-reel copies of transcripts, and he can chart them all against the complete list made by other scholars of every gig Miller ever played. And maybe a few more will turn up, but basically, that's all there is. There is no more.

It's the same for Beatles fans and Tolkein enthusiasts. It's why J. K. Rowling will never have a moment's peace even as fans shell out money for recreations of Harry Potter's ear wax, and why there will always be a cottage industry in writing "new" Sherlock Holmes and James Bond stories. We don't want to get to the end.

We humans love to mask the finite nature of earthly life. We talk about things that "always" happen as if they don't have a limit. But there are limits. I can't talk about what I always did on the first day of school because in the end, as a teacher, I only had thirty-nine first days of school. Thirty-nine. Not that many really, but that's all there is now.

Schools exist in an oddly exaggerated time bubble. I often joked about the lifespan of a new policy idea, whether it was a grading scale or a special carpet for prom:

1st year: It's a radical new idea.
2nd year: It's that new thing we did last year.
3rd year: Oh, we always do this.
4th year: It's an inviolable tradition!

By February, our students talk about our classes like they've been going on forever. We were strange and new in the fall; now we're as familiar as the coffee stain on Grandma's couch.

But teachers grapple with the finite all the time. There are 180 student days in the school year. In Pennsylvania, that may actually mean 178 days; if you are a high school teacher, that's less than an hour with each class on each of those days. That's it. Every thing that gets added costs part of that time. And every hour lost is gone forever; this is not like a private sector office job where you can end a meeting with, "Well, we'll get back that tomorrow." In school, fairly quickly, you reach the moment where there is no tomorrow. That's all there is. There is no more.

This is undoubtedly part of why schools tend to be conservative institutions. Every new thing, every added thing, costs us part of our finite resources. It is the question that staff asks (or wants to ask but is afraid to) every time a new initiative is proposed-- "This is great, Sir. What do you want me to stop teaching to make room for it?"

There's a moment in the fourth Indiana Jones movie where a character says to Jones, "We've reached the point where life stops giving us things and starts taking things away from us." (It's striking for me because Jones in that film is supposed to be fifty-eight-- three years younger than I am. Oh, so old!) Teaching can get to feel like that. Well, not the teaching itself. For most of my career I worked hard at finding ways to do more and more with the resources I had; for the last decade it felt more like I was trying to keep doing as much as I used to with fewer and fewer resources. Every test, every practice test, every new initiative add-on just meant my teaching year had gotten shorter.

It's good for us to bump up against the finite limits of existence. It reminds us to make good use of every class period, every day. From my current vantage point, I can say this to younger teachers-- it may feel like you'll do this forever, but you won't. You'll have only so many first days, last days, 133rd days, only so many years, only so many different students. A teacher's body of work is finite, just like any other artist's.

Don't wait. Don't save it for later. Don't imagine you have forever to work things out. Don't panic-- but don't postpone, either.

The end of Calvin and Hobbes is a lovely gracious note, particularly for a feature in which a child has remained six years old for ten years, suggesting that the story, filled with possibilities, will continue long after we've stopped reading about it. That's a gentle way to let us down, but the fact is, that time is over. Even if the story continues elsewhere, in it, Calvin will age and live through every year of his life only once and then, yes, eventually he will grow old and die.

Things end. That's normal and it says something about us a earthly creatures that the statement generally prompts a bit of a pang. It needn't. In the classroom, in our professional lives, in our personal lives, we should feed the impulse to say yes, to grow, most of all to help others and not, as Simon Stimson bitterly observes in Our Town, "to spend and waste time as though you had a million years." In each other we find a million different living stories, any one of which could turn a final page tomorrow. We can do better. We should do better.

In life, we never know how much time is left. In school, generally, we know exactly how much is left-- and it's never enough. If teachers seem touchy about giving up some of it, it's because they can see the calendar and hear the clocking ticking down the minutes until we have to say that's all there is. There isn't any more.
Posted by Peter Greene at Saturday, July 28, 2018