You may have heard that a judge just approved AT&T's acquisition of Time-Warner. I'm sure that the end of net neutrality won't figure into this at all and, for instance, your AT&T phone will not in any way give an advantage to the streaming of Time-Warner content.

But that's a conversation for another day. I was reading this piece at the AV Club's news site. Erik Adams is particularly concerned about the fate of HBO; AT&T seems to have plans for the premium channel that are very different from its historical "prestige" character. Instead, AT&T seems to be leaning toward a Netflix-style carpet-bombing approach, where customers have a giant smorgasbord to choose from. 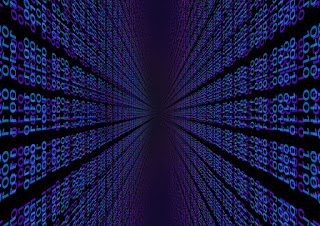 Incidentally, Netflix has had yet another instructive episode. Its newest breakout hit is a romantic-comedy called the Kissing Booth, and chances are you've never heard of it. Critics hate it. But its a certifiable Netflix hit, created and marketed in the Netflix style. If you haven't heard about it, that's because Netflix's algorithm doesn't think you want to.

In other words, when we think of personalization, we think of creating a product to meet your particular tastes. But personalization in marketing is about taking the product you already have and finding ways to convince people they want it. You don't create a product to meet their needs and tastes-- you take the same old product you were going to have anyway, and you personalize the marketing.

This, in fact, is exactly what the Facebook-Trump-Cambridge Analytica scandal was about. Trump didn't change who he was-- but detailed data scraped from millions of Facebook profiles informed the campaign. They were never going to "personalize" the candidate for the market, but they could, and evidently did, "personalize" the packaging for Trump-- based on a mountain of data.

So keep that in mind as we get back to the AT&T merger. Leaked audio from a "town hall" meeting included this quote from newly minted CEO of Warner Media John Stankey explaining why the Netflix model is a good idea for HBO:

More engagement means more data, and data is the oil of the new world.

So when you hear reformsters pitching the Great New Idea of Personalized [sic] Learning by way of  algorithm-directed mass materials, what we're really talking about is extended engagement. Of course these guys agree that the Big Standardized Test at year's end is a bad idea-- it provides limited engagement and limited opportunity to collect data. But hook that student up to a computer every single day, taking quizzes, writing essays, answering questions, and the opportunity to collect data is huge. This is data that can be used not just to sort young meat widgets for their future employers, but data that allows marketers to sell them more movies, more cleaning products, more political candidates. Orwell predicted that Big Brother would be watching; what he didn't predict was that Big Brother would be busy trying to sell us stuff with a personalized pitch.
Posted by Peter Greene at Monday, July 09, 2018