Another reformster has come out against the use of Big Standardized Test results as a measure of school success, not just once, but twice in the last eight days. Corey DeAngelis (Cato) took the stand both at the ever-reformy The 74 and at a website called Townhall, a website so conservative it includes as piece about the coming Trump landslide. 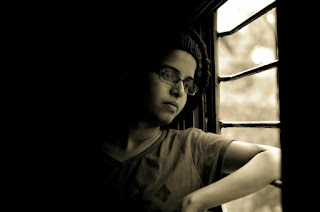 There's nothing mysterious about DeAngelis's apostasy-- the use of BS Test scores as success measures has made voucher programs look pretty bad, and DeAngelis likes vouchers. What, you don't think people can support good ideas for bad reasons? And lots of reformsters are not dopes-- Jay Greene was a lonely voice in the reformy world that tests are lousy proxies for what we actually care about. He's finally getting some company. Yet again, reformsters are "discovering" what teachers have been trying to tell them all along. That's okay. Everyone comes to the truth in their own way in their own time. Glad to have more folks at the party.

The DeAngelis Townhall piece looks at a study out of Barbados and pulls some detail out on the way to this conclusion:

This new study adds to the mounting scientific evidence suggesting that standardized test scores are not strong proxies for the long-term outcomes that society actually cares about. In other words, education regulators ought to realize that the tools that they have to attempt to control the quality of schools are far from perfect. And they ought to realize that families already know what’s best for their own kids.

The first two sentences are spot on. And the third-- well, the third walks us up to an uncomfortable conversation that we've avoided having, because it involves issues that are not easily delineated, and because it requires teachers to confront their natural allies-- parents.

There's a problem with that.

Every teacher can tell you the stories. Even teachers who teach in small rural areas like mine. There are the spectacularly bad parents that lead to

The student who was always tired because her trailer home had no heat because her father spent the utility money on beer...

The student whose only non-deserting parent was in jail for trying to run over that student with s car, on purpose, when the child was eight...

The student who was thrown out of the house because he got in a fist fight with his father, because his father wouldn't share his drugs (that student was later convicted of a double homicide)…

In some ways, these are not the most heartbreaking stories. Those are stories where you are sitting in an IEP (individualized education program) meeting with a parent who is being clear that they hope you can shape up their child who is worthless, lazy and stupid. Or the student who is sad and distracted because their father announced over the weekend that he was moving with his new wife and child to another state to start a new life, and his previous children, your student, was not welcome to visit, ever.

And that's before we get to more widely understood examples, like the parent who throws a child out for being gay. Or the simple unextraordinary stuff like "I stopped getting Pat up for school because it was just so hard" or "I didn't need no book learning to get through life and I don't see why Junior needs any either."

None of this is a factor of socio-economics. At least one of the parents above is a college-educated successful and comfortably wealthy physician.

This is not a simple issue to navigate. I don't support any kind of Parent Police, and I think removing a child from parental custody is a nuclear option to be used only in the most extreme of situations. And it should be noted that "extreme situations" do not include "lives a culture or lifestyle different from the one you prefer."

But the fact remains that a not-insignificant number of parents are not capable or concerned advocates for their children. An open market voucher system will leave those children without an effective advocate at all, or an advocate who is not so much shopping for a great school as they will be looking for a babysitter who won't bother them (and I am not even going to start today on how marketing will further cloud the issues).

Now I suspect that some voucher fans, like Betsy DeVos, are okay with that, that they will view a choice system as one more chance for the deserving few to rise to the top and the Lessers to sink down to their rightful place at the bottom. Did your parents choose a terrible school for you? Well, I guess it was nothing more than you and your kind deserve. And this, truly, is not far removed from the reformster idea of charters as a haven for strivers, so that they can get away from Those Peoples' Children. The idea of a two-tiered system is baked into some reform ideas, the educational equivalent of the idea that trying to use welfare and food stamps to elevate poor folks just upsets the balance of nature, and we need to stop trying to artificially raise people up above their station.

But for people who believe otherwise (and I think there are plenty on all sides), the problem remains. If you're going to propose a voucher/choice system, you must include some sort of safety net for students whose parents suck. Somewhere in your system there must be a means providing support for those students who won't get it at home.

Otherwise, for all your calls that every student should enjoy the privilege of school choice, you're really arguing for a system that creams the students who come from solid families and abandons those who don't. Such a system doesn't serve the interests of the children, the community or the taxpayers; it simply further cements the inequities that are already there. The biggest advantage that  children can have in life is parents who care about them, who love them, who watch out for them, who advocate for them. A choice system that does not look out for students who don't have such parents is just a system that widens the gap between the advantaged and the disadvantaged.
Posted by Peter Greene at Friday, July 27, 2018