So I was reading a new piece on the Fordham's blog about the newest hot idea in reformsterland-- high quality curriculum-- and there it was again.

As I write in a new Brookings Institution report, The challenges of curriculum materials as a reform lever, there are many reasons why districts flunk this basic test.

The lever turns up fairly often. And as a metaphor for education reform policy, it says quite a lot.

A lever is a tool that one uses to force movement. There's nothing collaborative about a lever. And you don't apply a lever from inside the area you want to affect-- you stand outside the box and bear down. If something breaks and snaps loose, it will go flying away from you. 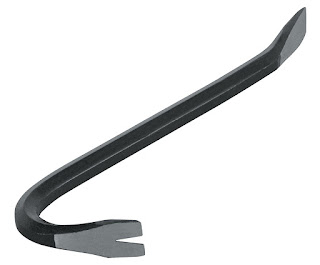 Leverage is not about partnership-- it's about using tools to impose your will on an object from a distance. You don't climb in there and see what you can do working with the affected area. You don't get your hands in that dirt. You learn the area just well enough to gauge where you can most effectively apply some force. You just keep your distance and apply force through your lever.

This model also assumes that your problem is that things are stuck, that there is some sort on intractable problem that needs to be busted apart. So stuck that the busting should be none too gentle. And a lever is a machine for magnifying force-- in other words, you use a lever when you want to apply more force than you could on your own.

This has been the story of the worst of ed reform all along. Don't get directly involved. Don't team up with the people on the ground. Assume that schools are stuck in some intractable mess that only brute force can bust apart. Just stay in DC or New York and figure out how you can best apply force at a distance.

So, Reformsters, the next time you're looking for a metaphor for imposing a policy, consider something other than levers. In fact, take a moment to consider why a lever seems like a good metaphor, and ask yourself if that doesn't suggest some ways you could change your whole approach. Maybe you could pick a better tool than a crowbar.