My parents still bring us things when they come back from vacation, and on their last trip, my mother found me a copy of Thoughts Selected from the Writing of Horace Mann.  The book is copyrighted 1867 by his then-widow Mary, and it's an interesting read. I'm not going to pretend that the Massachusetts Whig got everything right in creating a progressive (for the time) secular public universal education system, but he certainly put more that into it than some folks almost 200 years later.

Here's the very first excerpt in the book:

If ever there was a cause, if ever there can be a cause, worthy to be upheld by all of toil and sacrifice that the human heart can endure, it is the cause of Education. It has intrinsic and indestructible merits. It holds the welfare of mankind in its embrace, as the protecting arms of a mother hold her infant to her bosom. The very ignorance and selfishness which obstruct its path are the strongest arguments for its promotion, for it furnishes the only adequate means for their removal. It is worthy, therefore, to be urged forward over the dead obstacles of listlessness and apathy, and against the living hostility of those sordid men who oppose its advancement for no higher reason than that of the silversmiths who trafficked in the shrines of the goddess Diana, and who would have quenched the holy light of Christianity for all mankind  rather than forgo their profits upon idol worship.

Let's skip past the 19th century male-centric and Christian-centric language for a moment. There are a couple of insights here that I find noteworthy. 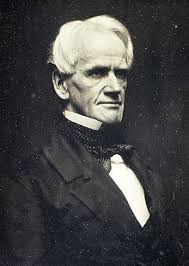 Seeing ignorance as an obstacle to education is pretty obvious; seeing selfishness as an equal-billing obstacle is not. Certainly simple selfishness on the order of "I want schools to produce more workers for my business so I can make more money" has become an obstacle for education. But an unwillingness to see any point of view beyond the ones we already have, the kind of selfishness that says the universe must fit itself to our conception-- that is selfishness of a high order, and an absolute barrier to learning anything. But education can also open us up to understanding that there are other people in the world, and their understanding and experience is often different from our own. I often describe education with the phrase "learning what it means to be fully human in the world," and that, to me, means understanding there is a depth and breadth and complexity to humanity greater than what is contained within our own skin.

And of course in our century we still confront those "sordid men" who obstruct the path of education because they are intent on profiteering instead. And while I might not have laid on the "living hostility" of these persons, it is true that many of them seem awfully angry about teachers unions, money spent, rules that get in the way of commerce, and just generally the whole business of public education. So maybe the hostility shoe fits.

Mann may not have had a perfect crystal ball, but reading him reminds me that many of our current issues are not new ones. It also reminds me that it's nice to read the words of someone from any century who takes public education seriously and doesn't want to reduce it to something narrow and meager like test prep or college-and-career-ready training. Which is a little selfish of me, but I can live with that.