I will say this for the current GOP regime-- where there have been few features that can distinguish their ed policies of their Democratic predecessors, they are managing to find and underline one. Obama-Duncan-et. al paid lip service to the goal of a college education and made the college entry rate one of the centerpieces of their programs.

But the GOP is making itself equally clear that college sucks, that it is an institution that they neither respect nor love. Some data suggests this attitude is a recent development, though as with many ugly attitudes abroad these days, it could be that the anti-college feelings have always been there, but now feel a new-found freedom to tromp around in the light of day.

But the anti-college crowd is not just tromping around-- they have begun tromping on the institution itself, with policies designed to kill higher education as we know it.

Today's Wall Street Journal covers the House GOP's higher education package (I know-- paywall-- but if we use WSJ coverage, we can be assured that no liberal bias is tainting the report).

The proposal ordinarily would face a long year of hearings and revisions, but these days, God only knows. But we need to pay attention, because the bill is ugly. Ugly.

This, it should be noted, is over and above the assault on college that is folded into the tax "plan."  That collection of baloney takes away interest deductions for student loans, obliterates a tax credit, and counts graduate school tuition waivers as income (which will mean that people with actual incomes of around $15K will end up paying taxes on "incomes" of around $50K). All of these will make college more expensive.

The proposed bill is called The Promoting Real Opportunity, Success and Prosperity Through Education Reform Act (PROSPER), and it will also put higher education out of the reach of many students. However it does more than that-- it also changes the fundamental nature of higher education into something that really isn't higher education at all. 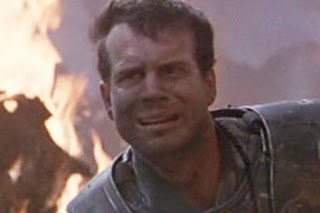 Student loans would be capped, so that students and their families would be limited in the amount of money they can borrow. So for many students, that would be enough for a "game over." The bill also rolls back loan forgiveness for those who spend a decade in the public sector, and loan repayments would no longer be adjusted to fit income levels. Working at a minimum wage job while trying to make your $600/month loan payments? Sucks to be you, college grad.

These changes favor people who are trying to use college as a profit center and students as their cash cows, so it fits that the bill also is a big fat wet kiss to for-profit colleges. The Obama administration had started to crack down on these predators (though they were none too quick about it). While Betsy DeVos's USED has been rolling back those rules, this bill goes a step further and prohibits USEDs of the future from implementing "gainful employment" rules. Those were the rules that said if you were advertising your predatory college by promising jobs and nobody who graduated from your predatory college was actually getting jobs, the feds were going to stop handing you money. Various other rules will also be scrapped, like rules against giving student recruiters incentive pay for every sucker they managed to con into attending these predatory schools.  The reasoning seems to be that a bunch of rules unfairly affect for-profit schools, when the for-profits ought to get the same breaks as everyone else, because how are those folks supposed to rake in the money if they have to follow rules and stuff.

The help for the for-profits underlines the change in the very purpose of higher education under the bill. Here's education opponent Virginia Foxx:

Rep. Virginia Foxx (R., N.C.), chairwoman of the House Committee on Education and the Workforce which drafted the proposal, lamented that so much of higher education was considered “irrelevant” by employers. She hopes to better harness technology by pushing accreditors to lean on schools to accept more creative alternatives to higher education.

Or as the WSJ itself puts it:

The act focuses on ensuring students don’t just enroll in school, but actually graduate with skills that the labor market is seeking.

That's it. The purpose of colleges and universities is to provide companies with the trained meat widgets they require to make money. Anything else you thought was an important part of higher education-- inquiry, study, growth, expanding the horizon of human understanding-- that stuff is all crap. The only measure of "education" that matters is "does somebody want to pay you money to do that."

And since "higher education" is to be redefined as "place to fulfill more advanced employer desires," well, we don't really need those four-year ivy covered hotbeds of liberal quackery at all, do we? Here's Betsy DeVos just two days ago:

Students should be able to pursue their education where, when and how it works for them and their schedules. Financial aid should not be withheld simply because they pursue a nontraditional path. Politicians and bureaucrats should not dictate to students when and how they can learn.

In other words, when it comes to getting a piece of that sweet federal student aid money, why should actual colleges and universities have all the fun. Apprenticeships, for example, ought to count.

There's more. Community colleges will get money to form corporate partnerships (send your child to Exxon Training College) and minority-serving colleges will get tighter accountability rules (because, you know, Those People). And everyone has to prove that they support the freedom of right-wing speakers to appear on campus (because snowflakes).

And because we love the Law of Unintended Consequences, one last point from Foxx:

Under the committee’s proposal, if an institution’s program or repayment system doesn’t set up a student for success, then it cannot be eligible for student aid.

This has one clear consequence-- if colleges want to get paid, they must make sure not to accept any students with less than great prospects. It's just like charters! If you take a potential failure into your school, she'll cost you money-- so screen carefully.

While much of this is a continuation of Obama-Duncan (let the private sector in! judge education based on employability!) the GOP is bringing a heightened level of enthusiasm to this tromping of education.

You begin to see why this is the PROSPER act-- it is designed to help vendors of training services (including for profit predatory colleges) and future employers prosper. Of course, rich families will continue to send their children for an actual higher education, but for the rest of the Lessers-- well, what they really need is training that will help them become useful tools for their future corporate masters.