It should be said right up front that this measure has little chance of making it all the way to becoming an actual law, and the only big mystery here is why a local news station would bother to cover it at all. But it's an example, I guess, of just how silly and mouth-frothy some folks get about public education and their desire to do away with it. But this is an unvarnished look at how some folks feel about education issues. 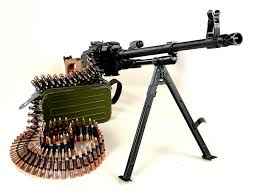 This California ballot initiative is called the California No Taxes on Residents Without Students for Public Schools Initiative. This proposal to amend the state constitution comes courtesy of Lee Olson, chairman of the Committee to End Slavery, headquartered in Huntington Beach, CA. The committee seems to have no online presence, (there is a Lee Olson running a one-employee real estate company in Huntington Beach) but if you're thinking that Huntington Beach seems like an odd home for the fight against slavery, well, you may be thinking of the wrong kind of slavery. (Olson has been down this road, and others like it, before.)

Let's look at the bill.

The formal title is the "California Tax Relief Act" and it's based on twelve findings  by the committee, each frothier than the last:

3) Common Core resulted in colleges flooded with unprepared students. And now it gets good...

4) Government school graduates "have not only been dumbed down they're afflicted with arrested emotional development (AED) requiring universities and colleges to provide safe spaces stocked with cookies, coloring books, bubbles, Play-Doh, calming music, pillows, blankets and videos of frolicking puppies, as well as students and staff members trained to deal with trauma."

5) Parents are taking their children elsewhere

6) These elsewheres are better and cheaper.

7) In particular, the committee recommends the Ron Paul Curriculum which emphasizes liberty and equips students to run businesses "without putting ideological indoctrination ahead of education, unlike government schools."

8) Parents who choose these better alternatives are penalized because they still have to pay for  government schools through taxes and "other schemes, which extract their financial resources at gun point."

9) All California residents are forced to pay for students, "whether or not they are financially responsible for those students." Also at gun point. Can't overemphasize the gun points.

11) The Committee condemns the theft of property from Californians "euphemistically called taxation" to pay for government schools, particularly "when their purpose is to create a dumbed down populace easy to control and prepared only to service the (slave) labor needs of the oligarchy that rules over us."

12) "Any registered California voter who votes against this initiative is telling the whole world and their Creator that they support and endorse the theft of their neighbor's financial resources to finance government schools and,therefore, that they reject and are in full, open rebellion against the Creator's command, 'Thou shalt not steal.'"

So the purpose of the bill is to relieve the "unfair and immoral government imposed penalty on loving parents" who have to pay for school twice. At gun point.  Also to relive other CA residents who are being forced to pay for children who are not their responsibility, because why should we have to pay to send Those People's Children to school. At gun point.

The proposal would require over 500,000 signatures to make it onto a California ballot, and if you think they won't get at least partway there, you haven't been paying attention to the people opposed to public education and government schools. At gun point. In which case you should read the proposal again, because it may be silly, but it's an unveiled look at an attitude that is not too far removed from the belief system of our Secretary of Education.


Posted by Peter Greene at Friday, November 10, 2017
Email ThisBlogThis!Share to TwitterShare to FacebookShare to Pinterest