For several years, we've been following the fortunes of the Silicon Valley Wunderskool, AltSchool, created by a Google whiz master and funded by Zuckerberg and all the other tech whiz masters, this was supposed to be the Next Great Big Thing-- Personalized Learning Done Right. 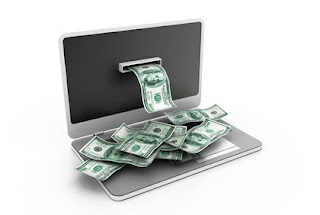 Alas, it is looking as if AltSchool is about to follow Rocketship Academies and Summit School-in-a-Box into the land of Snake Oil Education. Skoolmeister Max Ventilla has announced that he's shuttering several of the school sites and focusing on the market end of the biz, with AltSchool to be reduced to a brand name for one more school-in-software biz. This is perhaps not as sudden a decision as it might seem; in a BBC interview, Ventllla was already referring his schools as "lab schools."

One reporter I spoke to said that parents are upset at being left in the lurch. And Melia Robinson at Business Insider has found a few other parents who are not exactly beamful of high tech testimonials for the school.

Before we take a closer look into the Department of Toldyaso, the final quote from Robinson's article needs to be plastered in 100 point font across every article touting charter schools--

"We're not the constituency of the school," a parent of a former AltSchool student told Business Insider. "We were not the ones [Ventilla] had to be accountable to."

And parents have apparently been learning that at AltSchool for a while.

Parents told Business Insider they expected their children to be engaged in activities handpicked for them but that assignments were more or less the same for the class.

Learning with a human touch assisted by technology?

A parent told Business Insider that she figured the startup — which has poached talent from Google, Uber, Airbnb, and Zynga — would provide "cutting-edge" technology as a supplement to human instruction. Instead, she and others said, technology replaced it at the cost of learning.

Flexibility to meet all student needs, no matter how challenging?

A different mother, whose children no longer attend AltSchool, told Business Insider that her second-grader listened to audio books on a tablet in class, instead of being taught to read. The parent said she had taken her concerns to AltSchool several times and was repeatedly told to be patient as her daughter fell behind in reading. She was later diagnosed with a learning disability.

Though it turns out that parents can pay extra for extra instructional help if their child needs it.

Some parents are upset that their children were used as guinea pigs or beta testers, but if they had been paying attention at all they had to know that's what they were signing up for-- a school-sized tech-based experiment performed by educational amateurs. These parents can be excused for discovering that Ventilla decided to ditch the money-losing school for the "far more profitable" software biz, but still-- it's a business making business decisions, not a school making educational decisions, and that's what you get with a charter school-- particularly one with investors. Savvy parents will have to learn to ask exactly what business their child's prospective charter operator is in.

There is one other issue that parents need to start paying attention to. In that same BBC interview from last summer, Judah asks one of the teachers about the great amount of data collected and stored by the school. Is she concerned about what might be done with that data, where it's stored, for how long? "I don't know," she says. "I just have trust." The AltSchool story, as it spins on to its business flavored next chapter, is a reminder that maybe a little less trust is called for. What will become of all the student data that AltSchool has already collected and stored, and just how much data mining will the new branded software be doing? Parents had better ask-- and remember that decisions will be made on business terms.

Posted by Peter Greene at Tuesday, November 21, 2017
Email ThisBlogThis!Share to TwitterShare to FacebookShare to Pinterest