Almost three months into the school year, thousands of public school students in South Florida still don't have a permanent teacher —a problem expected to get worse as more educators flee the classroom and the number of those seeking teaching degrees plummets.

Okay, not shocking. Utterly predictable, given Florida's unending efforts to create the worst atmosphere for public education in the country. Here are some of the things they've done, in no particular order:

* They have tried to make it possible for parents to stamp out the teaching of science.
* They have given charters the unchecked ability to steal local tax dollars.
* They have made an absolute disastrous amateur-hour hash out of their Big Standardized Test.
* They have made successful students repeat third grade for failing to love the BST
* They have declared-- in court-- that teacher-prepared report cards are meaningless
* They have demonstrated how badly teacher merit pay can fail
* They made a dying child take the Big Standardized Test
* They turned recess into a political football.
* They based a strategic plan based on bad retail management.
* They abolished tenure, and fired teachers for advocating for students.
* They've allowed racist underfunding of schools to flourish.
* They have provided ample proof that an A-F school rating system doesn't work.
* They host experiments in computerized avatar classrooms.
* They have charter legislation hustled through the capital by lawmakers who profit from it.
* They allow more charter misbehavior than you can shake a stick at.
* They have created a charter money grab law so onerous and obnoxious they have actually moved public schools to sue the state government.

All of this over and above the continued drip, drip, drip of starving public schools of resources and finding new ways to treat public school teachers with disrespect. And the pay stinks.

There is no reason to be surprised that Florida teachers are "fleeing." And the article notes just how much fleeing is going on. Broward County lost 1,000 teachers last year-- and that's not counting retirees. 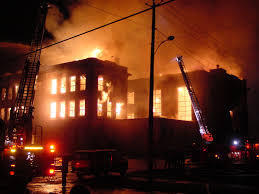 The Sun-Sentinel article is brutal, noting that the drain of teachers leads to economic problems for communities, as well as becoming a self-perpetuating problem-- as the teacher pool is drained in schools, schools become less effective, which means they turn out fewer and fewer grads well-prepared for or interested in teaching. The article piles on the anecdotal evidence. A teacher who left, tired of constant testing and lack of autonomy. A teacher who left because you can't afford to be a single mom on a Florida teacher salary. A teacher who handles over thirty kids in an honors class because the state class size law only applies to "core" classes.

And of course, Florida is "solving" the problem by opening up alternative paths, because the way to get better teachers and fill teaching jobs is by making it possible to slap any warm body into a classroom. My favorite bar-lowering idea-- Florida Atlantic University will give Palm Beach Schools a list of students who flunked out of medical and science programs so that those students can be recruited to teach. And meanwhile the remaining dedicated, qualified teachers of Florida wonder how much longer they can hold on.

Of course, somehow, these champions of free market, these lovers of the invisible hand, cannot figure out that if people won't sell you a good or service under the terms you set, free market competition demands that you offer better terms and conditions. It's as simple as that. If you can't buy a Porsche for $1.98, that doesn't mean there's an automobile shortage. Even convenience stores understand that if you can't get enough quality people to work for you, you have to offer better terms of employment. Florida's leaders simply insist on pretending not to understand this, even as they try to starve pubic education so that the unregulated world of Florida charter schools will look more appealing. This is like setting fire to an apartment building so that the tenants will "choose" to move into a shifty trailer park operation, while in the meantime you "try" to hire firefighters by offering $1.00 an hour wages and a punch-in-the-face benefits.

This-- all of this-- I have to remind you, is what USED Secretary Betsy DeVos thinks is the shining light that our nation should be following. This disastrous train wreck, this state that has worked hard to destroy its public education system-- this is what DeVos thinks the nation should be emulating. Run the public system into the ground, drive the teachers away, and sell the pieces to privatizers.