Schools Should Belong To Corporations

Corey DeAngelis is a scholar (I know because he says so) who has had a busy couple of years suckling off various Libertarian teats. He's a Fellow for the Cato Institute, policy adviser for the Heartland Institute, and a Distinguished Working-on-his-PhD Fellow at the University of Arkansas, all of this built on a foundation of a BBA (2012) and MA (2015) in economics from the University of Texas in San Antonio (because nobody understands education like economists). And while plugging away on that Masters, he worked first as the Risk Management Operations Coordinator and then the Fraud Coordinator for Kohl's. So yet another education experts with no education background. 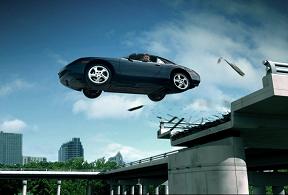 He also hangs out with the fine folks at the Foundation for Economic Education (FEE, not to be confused with the Jeb Bush FEE), where he writes pieces with catchy titles like "Legalizing Discrimination Would Improve the Education System" and "Governments Shouldn't Even Certify Schools, Much Less Run Them." So we should not be surprised to find his name attached to an article arguing that schools should belong to businesses.

"Government Is Not The Solution to Educational Inequality"  shows off DeAngelis's ability for gross overstatement (it's like he thinks he's a blogger or something) with statements like "it is almost impossible for one to imagine an aspect of society with greater inequities than those existing in the U.S. education system." He might want to look at justice or housing or economics. But no-- DeAngelis has a particular destination in mind, and he will not be distracted on the journey.

He's going to lead with the idea that schools, linked to zip codes, are racially and socioeconomically segregated. A useful question to consider here might be to ask how those zip codes end up segregated in the first place-- after all, if we made them that way, maybe we could unsegregate them. But that's not where we're going. But we're not taking that exit from this highway. Instead, he wants to forge straight ahead to peer effects-- in other words, poor minority kids do poorly because they have to go to school with a bunch of poor minority kids.

Linking funding to real estate means that schools in poor areas are poorly funded. Is DeAngelis going to talk about how to change funding in order to solve that problem? No, he's not going there, either.

Teacher quality varies from one individual to the next. And teachers are paid based on years of experience rather than actual levels of quality. The result? Since the best teachers are not rewarded with pay, they are rewarded with an easier job. The highest quality teachers move to the schools with advantaged students that are relatively easy to educate.

That's a bit of a mischaracterization. However, even if we accept it, a solution immediately presents itself-- make the jobs at the high needs schools more appealing or "easier." (And really, that word selection is a cheap shot, as if teachers are motivated by laziness rather than a desire to work in an environment in which they can better achieve the goals they set for themselves as professionals). But that's not on this journey.

Instead, DeAngelis sets up a pair of straw men-- pay high-quality teachers more to move to high needs schools, or give teachers bonuses for raising test scores. Neither solution is the same as making the job at a high needs school more appealing, and as DeAngelis already knows, neither solution is actually a solution. As he correctly notes, we don't have a reliable measure of teacher quality (as he does not note, it would be impossible to divorce such a measure from the context in which the teacher teaches, which creates problems for a move-teachers-around plan). And tests are not strong predictors of future success, anyway.

Part of what DeAngelis says as we breeze past these exits is kind of astonishing:

Rewarding teachers based on test scores could actually harm students that need character development. Disadvantaged children coming from single-parent families, or households that do not have the time to focus on behavioral development, would be harmed the most by such policies.

But DeAnglis has only begin the revolution, because we have been sailing down this highway to Oligarchy Town.

The best way to solve the educational inequality issue is to remove pieces of the education system from the democratic process. Over and over again, democracy has proven to work wonders for politically powerful groups, but not for minorities with less social capital.

Yes, once again, a reformster has decided that democracy is a bug, not a feature, and that we'd be better off without the damn thing.  Because nothing builds social capital like having no formal voice in the process? It's true that US democracy has often worked out poorly for minority voices-- but on what basis would DeAngelis like to argue that oligarchy would be better, that businesses have been, or would be, huge protectors of minority rights? But DeAngelis wants you to know he's in good company here:

As Milton Friedman and other education scholars – including myself – have pointed out, while governments may have an incentive to fund schools, it does not necessarily follow that governments should operate them.

Yes, this scholar imagines  a world of universal private school choice, and claims that it "would benefit the last advantaged children more than anyone," which is our sign that we have actually driven all the way down the highway to Baloneyville. You already know the full drill of his claims-- driven by unleashed demand, entrepreneurs would open up super-duper schools, and competitive pressures would drive down costs and drive up quality, and also erase the black-white achievement gap.

I have one question. Well, I have lots of questions, but I'll only ask one.

In what economic sector has this ever worked?

Did the economic pressures of serving many poor folks (including those who depend upon the government vouchers we call welfare) lead to an explosion of unparalleled quality in retailers like Wal-Mart? Or Kohls? What economic sector has been driven to provide top quality products for every single person in the country? What business has ever put meeting the needs of every single potential customer ahead of their own financial interests?

For businesses to own and operate schools while those schools are funded by the government-- that provides an obvious advantage to the businesses. But businesses are not philanthropies, and they serve their own interests-- not the interests of every single family in their community. This does not make them evil, but it makes them poor candidates for operating the public school system. Businesses sort-- it's fundamental to their nature. They sort human beings into "customers who are worth the business's time" and "customers who aren't." They deliver not what customers deserve, but what customers can afford (in fact,business folks have a hard time distinguishing between the two). To suggest that a business will say, "Well, helping these particular students get up from behind will be costly and challenging and probably lose us money, but we'll do it because we're just that committed to closing the achievement gap" is just-- well, come on. Even a fresh-faced twenty-something scholar with a couple of business degrees knows better than that.

DeAngelis has sailed past all the better solutions-- invest in schools, invest in faculty, improve conditions, embrace democracy-- to somehow arrive at the conclusion that we should erase democracy, privatize public schools, and change the fundamental mission of public education in this country.He's going to have to propose a better vehicle for his journey than the one he offered here.

Posted by Peter Greene at Tuesday, November 21, 2017
Email ThisBlogThis!Share to TwitterShare to FacebookShare to Pinterest