DC: Should Charters Be Paid More?

Spoiler alert: Patricia A. Brantley and Irene Holtzman believe the answer is "Yes." They are, respectively, the chief executive of Friendship Public Charter School and the executive director of Friends of Choice in Urban Schools, so it's not exactly a surprise tat they believe that charter schools are being sadly underfunded. But they pick exactly the wrong metaphor to make their point. Here's the first paragraph:

If you visit a D.C. public park on any given weekend, you will see children of all ages. The younger ones might be on the slides or the swings. You’ll find the older ones riding bikes or playing basketball. Taking in the scene, you would have a hard time guessing where each child goes to school because in the park, they’re all D.C. kids.

When Monday comes, however, the city stops treating its children — and the public schools they attend — equally. 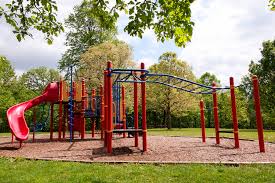 Sigh. That is, I'm sure, the view of some DC public parks. But let's consider what we would see if we went to a DC charter park. The charter park would be surrounded by a fence, and only some children would be allowed in through the gate. Mind you, it wouldn't always be explicit. It might turn out, for instance, that the gate is narrow and you can't fit a wheelchair through it. Or the playground monitors might keep yelling at certain children every two minutes until those children gave up and left. And of course every child would have to go through an application process first.

The complaint from charters is predictable. Once upon a time part of the charter brag was that they could accomplish more with less. Inevitably, they decided that "less" wasn't enough. You might blame that on greed, but I'm more inclined to believe that they learned that their claim about being able to do more with less was.... excessively hopeful? Aspirational? Flat out wrong? Take your pick.

So now they find themselves up against one of the basic lies of charter and voucher systems, the lie that we can fund multiple school systems for the same money we spent to fund (or in DC[s case, underfund) a single system.

Until that lie is addressed by legislators, the problem will remain-- tax dollars may leave public schools, but many costs stay behind. It's a zero sum game and somebody will have to lose.

Charters don't want to lose, and that's understandable. But the plea here is that the multiple systems all have equal standing, so they should get equal funding.

That's incorrect, and to see why, I refer you back to the opening of this piece. Charters and voucher schools do not do equal work, and do not make an equal commitment to educate any and all students. Charter and voucher schools do not make an equal commitment to stay open and operating even if "business reasons" argue otherwise. Charters in fact enjoy one tool that public schools do not have-- charters can control their expenses by controlling their staffing (just keep churning cheap entry level teachers) and by controlling their student body (keep those high-cost students with special needs out of here).