If you're a Project Runway fan, you may remember those episodes where the designers have to create a couture design that could only be seen on a fancy shmancy high fashion runway-- and then have to create a ready-to-wear knockoff that could go into a department store near you.

Well, the wunderkind wunderschool Altschool is apparently going to do the same sort of shift. 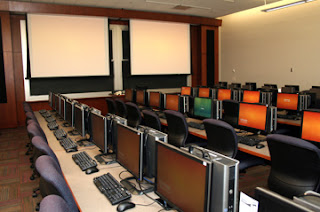 We've talked about Altschool before for a variety of reasons, not the least of which is that part of their operation has been a high-octane PR wing.In 2015, everyone was talking about the new high-tech personalized school that founder and former Googlite Max Ventilla was calling Montressori 2.0. The idea was epic-- person-to-person personalization backed up by an on-site IT department that could crunch the massive flow of data being gathered by teachers in real time. It reminded me of a highest-tech version of the 1960s open classrooms. And by the time you add up teachers and visiting experts and support staff and tech crew, the student-to-staff ratio was something unheard of in any other school.

Altschool was is the answer to, "If smart, rich, well-connected people could create a school from scratch, what would it look like?" Investors like Mark Zuckerberg lined up for a piece of the action. The challenge, as I saw it in 2016, was how to make Altschool anything other than a pricey boutique.

Well, after five years of operating at a loss ($30K per pupil tuition vs. $40 million annual costs) Ventilla is apparently ready to answer that question with an answer already familiar to folks who follow the world or charter schools. As reported by Bloomberg:

In Silicon Valley fashion, Ventilla broke the news to parents with a touch of misplaced enthusiasm. He wrote an email to families in Palo Alto, California, saying the school there would close at the end of the year due to business “challenges and opportunities,” according to a copy of the message reviewed by Bloomberg. Ventilla said AltSchool will only run classrooms near the main offices in San Francisco and New York. “We know this is tough news that will have a big impact on your family,” Ventilla said. But the moves are needed, he wrote, given AltSchool’s “strategy, path to growth and finances.”

The other part of this business equation is the Altschool ready-to-wear knockoff product line. Now that Ventilla has some things that sort of work, it's time to sell a version of them to other schools and make some real bank. Bloomberg talked to an anonymous employee who described a company in which the Run A School side battled with the Create Software for Market side-- and the software side won. And now the remaining schools will call themselves "lab" schools, suggesting they are not so much actual schools as development labs for the product line of the business.

Ventilla's vision seemed to be closer to what people think of when they hear "personalized" applied to education. "Ventilla wanted to build physical classrooms with first-rate teachers and complement them with “personalized” learning technology, so educators can tailor lessons for each child."  But now it appears that the Altschool brand is headed to market with an attempt to out-Summit Summit education-- a course in a box, where students log on and a human "mentor" stands by to help with wrinkles, should they appear.

Altschools were popular with their parents, but it's possible the business doesn't really understand why:

Although the company touts the magic of its technology, two parents said their children benefited more from the extensive attention of talented teachers and small class sizes. There are multiple instructors per class, and the school places a premium on interdisciplinary projects, like building a model house that can withstand different weather—a task that incorporates current events, science, engineering and budgeting.

In other words, Altschool's execution underscored the importance of a top quality teacher leading the classroom, a full array of tools at her disposal. And somehow, Altschool has taken away the lesson that the important part is the tools.

If nothing else, the Altschool story underlines the yawning gulf between tech-supported personalized education as it would really serve students, and tech-centered personalization that is more focused on marketability. In fact, that gulf is important enough to be looked at in a separate post-- which I'm going to go write now. In the meantime, keep your eyes peeled for this newest version of off-the-rack, mass-produced, faux personalized education.

Posted by Peter Greene at Monday, November 06, 2017
Email ThisBlogThis!Share to TwitterShare to FacebookShare to Pinterest