The New York Times took a swipe at the teaching profession today by endorsing one of the Empire State's dumbest ideas. 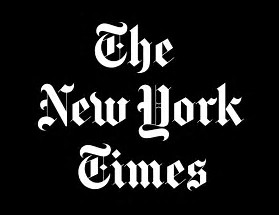 Last month SUNY gave its pet charter schools the freedom to hire whatever warm bodies they could get their hands on, based on the theory that-- well, I'm not sure. That hiring real teachers is hard, and expensive? That getting trained educational professionals to take bad direction from well-connected amateurs (lookin' at you, Eva Moskowitz)? That the leaders of charters are just so awesome that their awesomeness will elevate the warm bodies they hire? That teaching isn't a real job and any schlubb off the street can do it? Pick your favorite theory.

In any case, the NYT thinks the warm body idea is awesome sauce.

The NYT fact-checking machinery is legendary. When my old friend got married years ago in NYC and his announcement was going to take up four whole lines of NYT space, the Grey Lady called my friend's mom back in our small town to confirm that she did in fact run the business that the announcement said she ran. So I believe that America's newspaper of record knows how to check it some facts.

And yet this editorial was written when the fact checkers were out to lunch.

The editorial notes that charter schools "made good on their promise to outperform conventional public schools," which is a fact-check fail two-fer. First, it slides in the assertion that charters are public schools, even though NYC's own Ms. Moskowitz went to court to protect her charter's right to function as a private business, freed from state oversight. I NYC charters are public schools, then McDonald's is a public cafeteria. Second, it accepts uncritically the notion that charters have "outperformed" anybody, without asking if such superior performance is real, or simply an illusion created by creaming and skimming students so that charters only keep those students who make them look good.

The Times thinks the warm body rule is "a reasonable attempt to let these schools avoid the weak state teacher education system that has long been criticized for churning out graduates who are unprepared to manage the classroom." Their support for this is a decade-old "report" by Arthur Levine, and even if that report were the gospel truth, that does not shore up the logic of saying, "I'm pretty sure the surgeons at this hospital aren't very good, so the obvious solution is for me to grab some guy off the street to take out my spleen instead."

New York’s high-performing charter schools have long complained that rules requiring them to hire state-certified teachers make it difficult to find high-quality applicants in high-demand specialties like math, science and special education. They tell of sorting through hundreds of candidates to fill a few positions, only to find that the strongest candidates have no interest in working in the low-income communities where charters are typically located.

Oops. There's a typo in that last part-- let me fix it for you: "only to find the strongest candidates have no interest in working for bottom-dollar wages under amateur-hour conditions that demand their obedience and donation of tens of hours of their own time each week." There.

But if you want absolute proof that the Times had no access to fact-checking for this piece, here comes multiple citations of the National Council on Teacher Quality.

If there is a less serious, less believable, less intellectually rigorous in all of the education world that the NCTQ, I do not know who it is. Kate Walsh may be a lovely human being who is nice to her mother and sings in her church choir, but her organization is-- well, I few things astonish me as much as the fact that NCTQ is still taken seriously by anybody at all, ever.

NCTQ has evaluated teacher ed programs that don't exist. Their evaluation technique involves looking at course catelogs. Their study of ed program rigor was just looking through a bunch of commencement programs. When they want to claim their research looks at something that would be rally hard to look at, they just make up proxies that don't stand up to the slightest bit of scrutiny. Their presence in any article or report is a sure sign that somebody is far more focused on reaching a preferred conclusion than in seriously studying the situation.

There's more in the NYT editorial. Teachers unions want to stop charters "any way they can." State education authorities are hypocritical because they lowered the bar on the state teacher exam, which, you know, is pretty much exactly the same as doing away with real certification requirements. Like, if you support lower fines for jaywalking, you might as well make murder legal.

And then there's the intellectually sloppy assertion that it is "beyond doubt ... that the state certification process is failing to provide strong teachers in sufficient numbers to fill the demand." No, no it's not. If I can't buy a Porsche for $1.98, it is not beyond doubt that automobiles are being manufactured in insufficient numbers." What's beyond doubt is that charters (like a few gazillion schools in the US) are having trouble finding people who want to work for them under the conditions they're offering. If the New York Times can't find enough good reporters to work for them for $2.50 an hour, the solution is not to just drag anyone off the street who can peck at a keyboard, and the New York Times editorial board damn well knows it.

Today's editorial is sloppy, lazy and just plain wrong. Shame on you, Times editorial board.