What the Public Sees

While reading my way around the web this weekend, I came across this "Topline Report" of the Phi Delta Kappa annual poll about education issues. I'm way late to sifting through this data, but it's an interesting report, so I'm going to do it anyway. It gathers together the data over the past several decades into some quick-and-dirty charts, and it makes for some interesting reading. The newest results aren't very new (May of 2016), but the trends over the years are illuminating. 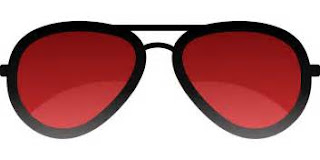 The survey allows for three open-ended responses to the question of the biggest problems in schools. In 2016, funding won with 19% which is down 13% from just two years ago. 2009-2014 funding stayed on top with over thirty percent voting for it.

The chart is also a reminder of some things we used to consider a big deal. 9% considered discipline a problem, but from 1969 until 2010, discipline was never out of double digits, and from 1969 till 1987, it never dropped below 20%. Why are we so much less concerned nowadays? Better behaved children or, as I suspect is the case in many of these answers, does the shift reflect a shift in what is reported by the press and amplified by whoever's trying to stir things up. Violence, drugs, and overcrowding were also seen as huge problems back in the day and now don't register so much. Race was a regular double-digit issue in the 70s but in 2016, it only stood at 2%-- the first time it cracked the list at all since 1996.

How Good Are Which Schools?

Responses here have been remarkably consistent, particularly given the amount of hammering on public education that has been done.

The percent of people willing to give their community schools As or Bs actually peaked in 2009-2015 at close to or above 50%. The percentage has never dropped below 40% since 1974 except for the period between 1977 and 1983 when it fell to the thirties. I blame my brother and sister, who were in high school at the time.

The A-B rate for the nation's schools have hovered around 20% since 1981, though in recent years, the percentage of people saying those schools are failing has inched up from 3-ish to 7-ish. Yeah, schools are okay in our town, but Those People over there need to get their act together.

And my child's school? It's awesome. The percentage of parents giving their child's school and A or B has stayed right around 70%. In a couple of years PDK did it two ways-- just public schools, and all school parents. When you fold in the non-public parents, the approval rating goes up a percent or two, which makes sense.

Responders to the survey could be a bit... conflicted about some things. The same parents who thought their schools were great also thought the schools were doing a mostly-middlin' job on teaching some of the Main Stuff. There are plenty of ways to read this-- I'm gong to go with the conclusion that parents measure a school based on far more than the academics. Which would mean that evaluating schools and providing "consumer" information based on the results of a single math and reading test would not provide parents with anything close to the information they want to make a choice.

53% of parents believe that new standards have made a change to what is taught in their children's classrooms. But they are almost perfectly split on whether those changes are positive or negative.

50% believe the changes include more time spent on standardized testing, and 44% blame the changes for increased homework.

Only 14% said that the solution to a bad public school is to close it down-- and keep in mind that around 80% believe there are bad schools all over the place (just not in their neighborhood). But 62% also believe that the administration and faculty should be replaced.

About half of the parents responding to various questions about the issue felt that their school heard them and gave them adequate opportunity to voice their opinion. That would indicate room for improvement.

53% would support raising property taxes to improve schools, and the majority believe that spending the money on teachers would be the way to go, however almost 50% also believe that the money would not end up where it was supposed to.


Again, I will remind you that these data are a year old as well as being subject to all the vagaries of survey data collection. Most of all it's important to remember that surveys like this don't tell us what's actually happening-- only what folks see or think is happening. Funny that issues we used to hear about all the time, like discipline and race, just kind of disappeared-- not because they became less of an issue, but because the conversation just shifted elsewhere.

It's a reminder that schools can't really afford an approach of "Well, we'll just do our jobs and let people think what they want to." Because there are always a multitude of voices that are willing to speak up and create an impression. It is that very phenomenon that explains why so many people believe that Our Schools Are The Worst Of All Time even when there isn't a single spot of evidence to support that. It has just been repeated, over and over and over and over and over and over, until folks figure that they wouldn't keep hearing it if it weren't true. Meanwhile, supporters of public education have sat mostly silent.

It's the thing that reformsters have always understood far better than public school advocates-- in a war of perception, voices matter and messages matter and hammering it all home matters.