A while back, I wrote about Lockport, NY, where for some damn reason, school officials had decided that what the district really needed was facial recognition software watching the students. As with most expansions of the surveillance state, the excuse was the old "This is for your own good."

Facial recognition and tracking software will add an unprecedented level of security at the schools. District officials have decided locked entrance doors, bullet-proof glass and sign-in registers at the front desk are not enough.

Baloney. Back in 2018, official were promising that this would just be keyed to a database of Naughty People so that the school would know if any of them approached. It would totally not include photos of students. Well, not unless, you know, unless there's "a good reason." 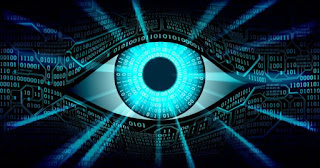 Parent Jim Shultz fought the move, even published an op-ed in the New York Times. The picture he paints is not flattering for the district. After Sandy Hook, a security consultant approached the district with the offer of a free threat assessment and -- surprise-- suggested some pricey upgrades. For just $1.4 million the 4,400 student district could purchase the Aegis software suite from SN Technologies. "A lot of money," said the district. "You can use the grant for technology education under the 2014 Smart Schools Bond Ac t," he said. The security consultant, Tony Olivo, pocketed a nice sum mfor his own firm, CSI Risk Management ($95,450 a year for five years was negotiated, but nobody will say what he ended up with). Shultz said the district had one public meeting about this-- in August.

The state okayed the system, but held up flipping the on switch until some protocols were in place and in the fall of 2019, it was still not online. Olivo has been busy repeatedly portraying Aegis as awesome but not scary. Meanwhile, SN got in a legal battle with BrainChip, the company that actually created the software.

By January of this year, Schultz was still ringing the alarm, in particular noting that the pricetag had grown to $2.7 million. From an op-ed he wrote for the Union-Sun Journal:

For those who have forgotten the details, here is a quick refresher. In 2014, New York voters approved a $2 billion Smart Schools Bond Act to support technology education programs for our children. Other districts invested their money in things like faster internet and new computers. Lockport listened to a sweet-talking salesman and spent our money on high-tech surveillance cameras. The district boasted that ours would be the first schools in the nation to have them. Superintendent Michelle Bradley gushed that they were “above and beyond.”

In reality, however, the project is a $2.7 million boondoggle that has made our children and teachers less safe, not more. The whole plan was based on a salesman’s fairy tale — that the district could predict in advance who a school shooter would be, put his photo in a magical data base of bad guys, and then use the high-tech cameras to spot him if he showed up at any of our schools. But if the assailant wasn’t someone predicted in advance (or if he bothered to cover his face with a $10 mask from Walmart), then the multimillion dollar system would do absolutely nothing at all.

The sketchy Canadian company pitching this system knocked on the doors of school districts all across Western New York desperately trying to find a first buyer. There was a good reason that other districts weren’t interested — they knew it was stupid. But the Lockport district took the bait, at our students’ expense.

"Sketchy Canadian Company" would be an excellent band name.

There are other scary factors, things the software supposedly can do, but, golly whiz, Lockport won't be using those capabilities, like tracking who gos where when-- and with whom.

But today's New York Times announces that the system will finally be turned on and the district is now proudly surveilling the hell out of evildoers.

And as always, if you think the worries about surveillance are overblown, just take a look at China and the kinds of things they are doing there right now. You might also want to be aware that China is taking point on education via artificial intelligence software.

None of this is comforting. None of it should be acceptable. Every member of the Lockport School Board (which voted unanimously to go ahead with this) should be ashamed. Here's hoping that Lockport's experiment with its children goes so badly that it serves as an example to everyone else.