Erik Hanushek has been at this for a while, and his shtick is pretty well polished. With Raj Chetty, he's been making the assertion that having a good teacher will make a student wealthier. While he can occasionally seem like a champion of teachers and teaching, he also lapses often into the old reform whinge that teachers don't really want to be held accountable for their performance, and that such strict, measurable accountability is possible because teaching's not really any different than any other job. What he mostly means is good old value-added test scores. Hanushek, it turns out, also helped cook up the idea of "days of learning" aka "change in test score" which was popularized by CREDO (Hanushek is a senior fellow at the Hoover Institute, a right-tilted thinky tank housed at Stanford, while CREDO is an ed reform-tilted research group at Stanford; it is also run by Hanushek's wife). 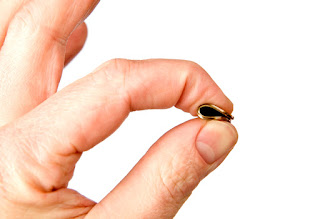 Did I mention that Hanushek is an economist? I'm not sure what strange attraction the world of education holds for economists, but Hanushek most often seems to be trying to solve a problem popular with economists-- how can we get more education and pay less for it.

Hanushek often turns up on op-ed pages, but this time he's issuing a full-on policy analysis from the Hoover Education Success Initiative-- "The Unavoidable: Tomorrow's Teacher Compensation." The Initiative is a gathering of the usual suspects-- the executive committee is Hanushek, Chester Finn (Fordham Institute boss-emeritus), Paul Peterson, and Margaret Raymond (CREDO chief and Hanushek's wife). It's a good solid summary of Hanushek's policy ideas, and so I am unsurprised to find that I disagree with almost all of it. But let's take a look.

He opens with some classic Chicken Littling (the NAEP scores!! Oh nooss!) and uses that to set up the scary idea that being behind on test scores means our economy will be overtaken any day now, a threat that Reformsters have been trumpeting since A Nation at Risk. Thirty-seven years later and we're still being told we're in danger of being economically dominated any day now.

Hanushek, as is his wont, can lead teachers to think he's a supporter. He notes that teachers pay an economic penalty, that they could have made more by entering different fields. He notes that teacher pay has been stagnant for too long. And he touts teachers as super-important to what happens in schools. He goes out of his way not to blame teachers for school issues-- "Teachers are not to be blamed for the current shortcomings of US schools."

* Scrap pay policies that are unrelated to "educator effectiveness."  Longevity and advanced degrees aren't proven to raise test scores, so nerts to those things.

* So, obviously, we'll want to pay based on "educator effectiveness." He's concerned that some policies under consideration will give teachers raises before they can prove they've got the stuff to raise test scores. That seems a bad way to attract new teachers to the fold.

* Shift compensation from retirement to current salary. This is idea is floating around in reform circles, particularly over at Bellwether with Chad Aldeman. This seems part of a larger movement to privatize pensions and just generally save businesses the expense. And maybe you can con some twenty-two year old recent grad into thinking that he can do his own investing and cleverly beat the results that a pension fund would have provided. But mostly the dodge seems to be about cutting costs for something that is so far down the road that privatizers are betting that most young teachers won't think about it. This is also a reform that is cynical as hell because by the time the nation is awash in old people with no retirement safety net, the people who sold the safety net will be dead and gone.

Hanushek does get one thing right here. Defined-benefits programs, the best of the best (old PA teachers have them, but young PA teachers don't), encourages older teachers to retire. For my last few years of teaching, it was literally costing me money to stay in the classroom. He suggests big bonuses--but only for the teachers who are keeping those test scores up.

* Teacher shortages need to be addressed "explicitly, not generally." I think he might mean "specifically." His point is that just because you're short a bunch of math teachers is no reason to run off and start offering lots of money to everybody. He makes the bold assertion that "there are not shortages in terms of total numbers of teachers," and an assertion is all it is because he doesn't have any research data to back it up. He also tosses out the "fix" that the best teachers (check them test scores again) could be paid extra to take on larger classes. Because a teacher who's effective with twenty students will be equally effective with 75? This is a really dumb idea.

* Local districts need flexibility. In other words, when you hand out money that is all tied up in rules and regulations, you tie the hands of the local people who probably know best how the money should be used. This is not a bad point, but sadly he uses the super-sizing of classes as an example, reminding me that local flexibility could be used for really dumb reasons.

* Disadvantaged schools need directed teacher quality programs. This has been a reform dream for years; in fact, Race to the Toppers had to promise to find a way to make it happen. Ste One: use VAM sauce to find your bestest teachers. Step Two: convince them to go teach at your most disadvantaged schools. There are a variety of problems with this concept (beyond the fact that rendering teachers is largely frowned on. The bigger problem is that we already know that test scores mostly represent the socio-economic level of the students, meaning that whoever teaches those students will be rated ineffective. So you have on school with a roof, and one school with no roof, and it's raining, and your solution is, "Let's find the driest teachers and send them to the school with no roof-- maybe they will be bring dryness to the wet school." Nope.

* Evaluation systems can be flexible, but they must be used to be effective. This section contains the rightest sentence that Hanushek has ever written. He even italicizes it:

Without a workable evaluation system, none of the policy proposals built on teacher effectiveness are possible.

Which is, of course, pretty much where we are as a nation. He cites IMPACT from DC, but IMPACT has been changed big time, repeatedly, and is currently being viewed as a problem, not a success.  He cites Dallas-- also not exactly a huge hit. He even brings up NMTEACH, the New Mexico model that is notoriously lousy. And he makes an oblique reference to other options, "some more sophisticated than others," but that footnote leads to a 2017 report from the National Council on Teacher Quality, a group whose record on evaluating teacher evaluation is just flat-out bad.

In the end, Hanushek is simply arguing for test-driven compensation policies. He does offer one other intriguing observation in his wrap-up:

No decisions about school policy are more important than personnel decisions.

That's one to really chew on. Are curriculum and content more important? Is school climate and culture more important? Is having an administration that supports and develops teachers so they can continue to improve and do their best work--is that important, or is it a personnel decision?

But it's just a way-station on the path to summing up. Hanushek says that "improved compensation policies" are a win for everyone, but by "improved" he means more money "accompanied by a tilt in compensation toward the more effective teachers."

There are so many problems here-- more than I'm going to address in detail. But first, this assumes that "effective teacher" is a constant, solid state, that a good teacher is good for all students on all days in all settings every year. That is not how human beings work, especially human beings whose entire work rests on a foundation of relationships. Finding all the "good" teachers is not like finding all the blue-eyed teachers or all the teachers taller than six feet or all the teachers who speak French.

That fuzzy human quality continues to thwart reform efforts to come up with a evaluation tool that actually works, and in the vast majority of school districts, teachers are currently evaluated by a tool based heavily on a measurement that we already know does not work-- a single two-subject standardized test run through some VAM sauce. And as Hanushek himself says, if you can't start with an evaluation that is actually valid, none of the rest of these ideas even make sense.

But the dream remains alive. If we could just sort out the good teachers from the bad teachers, then we could pay good teachers really well and the rest really mediocre (and  somehow the lesser-paid teachers would stick around for it and the teacher pool would be happy never knowing from year to year what their pay would be) and the test scores would go up and we would finally kick  Estonia's butt on the PISA scores and rising NAEP scores would usher in an era of awesome prosperity (because if NAEPs went up, employers would pay their workers more, for reasons) and China and Russia would yield to us because, you know, test scores and the best part would be that none of this would require us to raise taxes or spend more on public education, because avoiding spending more on teachers and schools would be awesome.