How Do High Expectations Change A Classroom

Teachers know that expectations matter. They know that having high expectations in a classroom can both support (“I know you can do this”) and spur (“I’m not going to accept your bare minimum effort”) students. The power of teacher expectations is part of every college’s Teacher 101.
But modern education reform has weaponized the term. “The soft bigotry of low expectations,” coined by Michael Gerson for use by Bush II, was a powerful phrase that combined a couple of ugly ideas. It suggested that it wasn’t poverty or underfunded crumbling school buildings or a lack of resources that was the major factor in the struggles of some students; it was their teachers’ failure to believe in them (and that was probably because those teachers were at least a little racist). Then under Obama’s ed secretary Arne Duncan, teachers found themselves subject to the hard tyranny of ridiculous expectations. Duncan believed that expectations were magical, going so far as to suggest that all students with special needs really required was to have teachers who expected them to achieve, and their special challenges just wouldn’t matter. 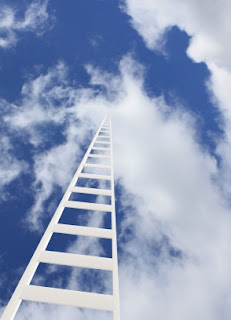 This has led to some spectacularly bad policy. In a 2014 conference call, Duncan and then-ed head of Tennessee Kevin Huffman explained that all students with special needs required was more expectations and more tests. Two years later Duncan found himself being roasted in a budget hearing because he could not answer a question about what the department was doing to support students with dyslexia (and he knew that “expect harder and test more” was not a good answer). We’ve seen a rash of states with third grade retention rules—third graders who don’t pass a standardized reading test are forced to repeat third grade, on the theory that setting this high expectation will force eight-year-olds and their teachers to stop slacking off.
Add to that mix the repeated assertion by Duncan and others that schools are systematically lying to students and parents in order to hide their lazy use of lower standards and rigorless expectations.
For much of the last twenty years, “expectations” have been a cudgel for clobbering teachers, one more reason to let all the rest of society off the hook because it’s the teachers who are failing the students.
So when the Fordham Institute rolls out a piece of research looking at the E word in the classroom, teachers are not inclined to greet it with joy. Particularly when the write-up begins with the notion that teacher evaluation of students can’t be trusted:
Unfortunately, “grade inflation” is pervasive in U.S. high schools, as evidenced by rising GPAs even as SAT scores and other measures of academic performance have held stable or fallen. The result is that a “good” grade is no longer a clear marker of knowledge and skills.
The study by Seth Gershenson, associate professor at the School of Public Affairs at American University, makes a pretty basic assertion as its main conclusion—teachers who grade harder end up with students who learn more. There are some other findings as well, including the suggestion that teachers raise standards as they gain years in the classroom.
These are not particularly shocking findings, though the study itself raises some questions. The study was of 8th and 9th grade algebra classes, and it made the too-common use of standardized test scores as proxies for learning. It also gives a great deal of credence to the notion that students are highly motivated by grades. As blogger and retired teacher Nancy Flanagan puts it:
Extrapolating that into a declaration that tougher grading would lead to higher achievement is giving way too much credence to a cranky-pants theory, the one where a kick in the pants is what kids these days really need.
In his writing and in Twitter conversations, Gershenson has expressed awareness of some of the nuances and questions involved in connecting grading to motivation to greater learning. In particular, the dynamic he writes about raises a chicken-and-egg problem—do students get better grades because more has been expected of them, or do teachers have higher expectations of students who demonstrate greater achievement?
The ed reform view of expectations has always been overly simplistic (and limited—Arne Duncan said we should expect more of students to get them ready for college, but he never said that colleges can make all under-prepared students successful just by expecting more from them). The reform idea is that expectations are like the volume knob on your sound system; just crank the knob higher, and you get more volume/achievement.
Teachers know that classroom expectations are a much trickier balancing act. Expect too little, and you don’t unlock the student’s full potential. Expect too much, and the student simply gives up and becomes even harder to teach. On top of that, choosing how to communicate those expectations also requires careful judgment; sometimes the student needs hand held, and sometimes the students needs a tough-love push. Ed reforms, like those tied to high stakes testing, have always focused on threats and pants-kicking.
Expectations don’t exist in a vacuum. “I expect you to build a beautiful house, and here are all the very best tools and materials you’ll need” is much different from, “I expect you to build a beautiful house, but all we’ve got here is a hammer, a stick and a ball of string.” Blaming teachers for “soft bigotry of low expectations” doesn’t really let society and politicians off the hook for not properly supporting students and the public schools most of them attend.
Meanwhile, teachers practice the fine art of calibrating expectations with some apparent success. For all the concern about grade inflation, research continues to show that the best predictor of college success is not a big standardized test, but high school GPA.
Originally posted at Forbes.com
Posted by Peter Greene at Friday, February 28, 2020
Email ThisBlogThis!Share to TwitterShare to FacebookShare to Pinterest