FL: BEST Standards To Roll Back The Calendar

Somewhere Jeb! Bush is drowning his tears in his sarsparilla. His beloved Florida, the state that launched a thousand bad ed reform ideas, has tried to roll back one-- the Common Core./ Governor Ron Desantis  dispatched a task force to drive a stake through the heart of the unbeloved standards and replaced them with B.E.S.T.-- Benchmarks for Excellent Student Thinking. No, it's not a name whose natural poetry inspires trust.

I haven't ploughed through the entire many-paged actual standards yet. I will. I promise. But for the moment, let's just peruse the state's announcement trumpeting the major Points Of Awesometude, because they are plenty to digest, and they help give an overall impression (spoiler alert:.the impression is that Florida wants to go back several decades in time).  There are two Top Ten lists (one for ELA and one for math), but I'm going to stick to the ELA list. Here are the Top Ten reasons that the new ELA standards are BEST. (Get it? Get used to it, because apparently the plan is to milk that BEST thing until all the swampland in Florida is developed.) 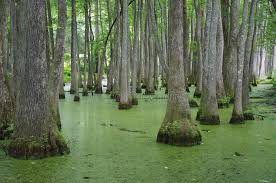 1) Florida-Created. Okay, I think it's cute that Florida thinks they're the best at this sort of thing, but I get that the selling point here is the "created by Florida teachers for Florida students" part. The task force used edcredible to help do thew work, plus listening tours. The committee member listing has so far evaded me, but given the administrations lack of love for actual public school teachers, I have my doubts here.

2) Skills for Lifelong Learning. This is exceptionally vague. Create great thinkers, communicator and researches. Bolder, brighter future! A booklist. "Skills," it should be noted, is a Common Core buzzword. And foundations for struggling readers. We'll get back to that.

3) Embedded civics. Florida is going to lead the nation in establishing civics literacy, including a civics reading list of foundational documents, with the Constitution introduced in 5th grade. The program will include civic knowledge, historical context, vocabulary, reasoning and debate-- the whole thing will "result in a complete understanding of American history," which, if rue, would put Florida's students ahead of every single adult in the country.

4) Content-rich. With an emphasis on classic literature (I am really waiting for a moment when I am rested and ready to peruse that list, because folks who's lives are built around literature can't decide what the necessary classics are, so when politicians strep in to settle the argument-- well, there's juts no way that can not end badly). The Common Core, they remind us, didn't focus on content, and that was/is indeed a problem, but it also didn't include ominous sentences like this one:

The inclusion of literary content enables students to learn and understand the full concept of cause and effect, the progression of a story, character development, heritage and much more.

5) The Art of Reason and Debate. Rhetoric will be introduced in 6th grade. "This is because it teaches students the art and science of writing," says the promotional material, and I am here to tell you that the "science of writing" is not a thing. Even if you go looking for people purportng to write about it, they are really talking about reading. There is no science of writing.

6) Clear and concise language. These standards are easy to follow and understand, says the promo. The Core was wordy, detailed, and sometimes shoved multiple standards into one standard. Florida's not going to do that. They won't be confusing at all.

7) Cursive writing. Students need it to read the Declaration in its original form. It stimulates the bain in special ways. Fine motor skills. Increased retention. As a side note, this example shows hat BEST calls "benchmark clarifications" which appear to be the standards expressed as specific performance objectives. "Students will..."

8) Foundations for literacy. Florid will enforce by-God phonics. Also reading grade-level texts (including reading them aloud, apparently). And in keeping with the clear and concise language goal, "analyze the impact of various poetic forms on meaning and style," because the science of writing tells us that when you get really concise you might also end up being really vague. And there's a list of works to go with each standard and its benchmarks. What are the odds that BEST will stick with the Common Core philosophy that there's only one correct way to read each work? Also, what are the odds that Florida will scrap its I-can't-type-the-word-stupid-enough third grade reading retention rule?

9) Elevating he progression of English Language Arts expectations. They were shooting for both vertical and horizontal alignments, and there is a "clear progression from one year to the next." Plus more consistency within levels. I don't know what the sample standards are supposed to prove, but as samples, they do reveal more vagueness problems. Here's standard ELA.K12.EE.6.1--"Use appropriate voice and tone when speaking or writing." Yeah, that's helpful.

10) Integrated resources and clarifications. Each standard comes with benchmarks and explanations and texts that are for use with that standard.

Bonus-- We've also got Five Big Wins when it comes to testing. Let's check those out:

1) Reducing the actual time students and teachers spend on state tests. I'm betting this is simply not true. The major time suck in testing is not the test, but the test prep. If you want to reduce the time spent on testing, you have to reduce the high stakes.

2) Reducing unnecessary, duplicative testing. Unnecessary according to whom? Do you really think there are tests being given and the people who decided to give them were thinking, "Well, this is unnecessary, but what the hell..."?

3) Replacing state tests with SAT or ACT. This is a dumb idea. First, that's not what those tests are designed for, and second, there's a mountain of research showing they aren't even good at their purported purpose-- GPA is still a better predictor of college success. But if I were the cynical type, I might think that forcing schools to have all their students--including the non-college bound ones-- take the SAT or ACT would be a good way to get more public schools to "fail."

5) Everyone has to take the Florida Civics Literacy Test.

First, you remember when Common Core apologists kept sputtering, "It's not a curriculum-- it's just a set of standards." I don't anticipate any such argument in Florida, because BEST is pretty clearly most of a curriculum, complete with scope and sequence, a list of performance objectives, and a list of approved texts. All that seems missing is a specific date on which each standard is supposed to be covered. I'm not a huge fan of centralized standards, and I am even less a fan of centralized curriculum.

Second, from cursive writing to phonics to bringing back The Classics, this looks a lot like the product of a lot of grandparents who spent a lot of time getting sidetracked by complaints about all the things that Kids These Days don't do. I suspect that only the Florida setting saved students from a requirement that they walk to school in the snow uphill both ways. This smells like a document that is all about going back to the imaginary age of great schooling, aka "How school worked when I was a pup, you young whippersnapper. Now get off my lawn." Key word: imaginary.

Maybe the math stuff is genius, and maybe the standards themselves will turn out to be awesome (and  not totally filled with bad Common Core paraphrasing), but it's hard to trust a state that is so openly intent on destroying its own public education system. I swear, I'll look at the standards at some point, but I'm not optimistic.

And most importantly, did they actually kill the Core?

Well, the proof--some of it-- is in the actual standards, but--

The short answer is if they aren't going to completely rewrite every accountability test they use, then No, they didn't get rid of the Core. They will keep teaching to the test, and the test is aligned to the Core. And the switch to SAT/ACT doesn't count, because they are Core-aligned as well.

They have, at the very least, added a full curriculum to the Core, making it more rigid and one-size-fits-all-y than the Core itself used to be. So, different-but-worse?

There will be initial parties and whoops of joy. We'll see how long those last. Like all attempts to escape the Core, like Florida's last such attempt, the main focus is PR. It has to be, because much of the hard-right objections to the Core (It will turn our children communist. It's a plot by that brown guy who snuck into the White House.) are bunk, and when people are upset about imaginary threats, you can't fix the threats-- you can only try to psyche the people into thinking you've killed the yeti, somehow. Unfortunately, as with Florida's previous attempt, that doesn't do anything about the actual problems you face with Common Core, and if you're not careful, people actually figure it out. So time will tell if the PR initiative sticks.