PA: Zombie Board Says Charter Free To Do Whatever The Heck It Wants

In education, as in most things, Philadelphia is its own little state-within-the-state. The public system has a long and messy history, including a state takeover. The district is often used as Exhibit A for pro-choice legislators ("But we must give the poor children of Philadelphia a way to escape their terrible school system even as we refuse to adequately fund that system!") and is consequently the most charter-heavy city in the commonwealth.

In Pennsylvania, the local school district has oversight of charter schools within its boundaries. But like several states, there is also a state-level review board to which charters can appeal, and that board has told Philadelphia that at least one charter is free to go on ahead and do as it pleases.

The charter in question is Franklin Towne Charter. The charter has attracted attention in the past for a variety of reasons. 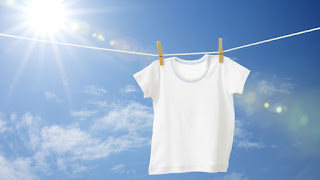 There's the time a fired principal filed a whistle blower suit, charging that he's been terminated because he pointed out that some Franklin Towne practices such as non-serving ESL students, serious nepotism, and billing the Philly school district for a non-existent all-day kindergarten program. Also, that they had lied to him in his initial interview in order to cover up their high principal turnover rate (it was only later that he learned that the Chief Academic Officer who helped interview him had been removed from the principalship because of outcry over shoplifting and excessive use of force against students). After a pattern of retaliation developed against him, he took it to the board president who allegedly replied, "You know we cannot move forward with you as principal."

Franklin Towne's CEO also pulled the old "rent the building from yourself" dodge, a great way to rake in those public taxpayer dollars (Franklin Towne was not the only charter to pull this stunt). You can (and they apparently did) make even more money by mortgaging the building to the hilt-- essentially extracting the equity value, converting it to cash, and sticking the cash in your pocket.

The charters are managed by OmniVest, a properties management company that handles more than fifteen charter schools and, I kid you not, JiffyLube. OmniVest offers education management, financial services, and real estate development. But when it comes to education, they can do it all:

Specializing in school management, OmniVest can assist you in realizing your ultimate dreams of operating an efficiently run, high quality blue ribbon school. Opening and operating a school, whether it is public, private or a charter school, can sometimes be extremely overwhelming based on all of the current educational and financial demands as well as in-depth compliance issues. As an independent, education-based company, OmniVest Properties Management specializes in the planning, design, development, construction, financing, and management of schools, and we have hands-on experience in the development and operations of over 150 private and public schools in 17 states, coast to coast.

Well, everything except actually educating. OmniVest was founded by B. Robin Eglin, who also runs a construction company and whose name  turns up a lot in stories about Philly charter shenanigans. His educational background is cashing on other charters like People for People and before that, Nobel Learning Communities-- a charter management company that was hauled into court by the justice department for refusing to educate students with disabilities-- and we could play this game all day, but you get the idea. These are not dedicated educators-- these are profiteers.

The problem most closely related to tFranklin Towne's latest flap is hinted at by their website; if you click on the link, you'll see that the crowd of happy students looks awfully white.

White students account for only 14% of the School District of Philadelphia's enrollment base, but make up nearly two-thirds of Franklin Towne’s student body, according to district data.

Now Franklin Towne wants to open a new middle school, and the Philly school wanted to set some requirements for that, particularly when it comes to the school's enrollment system. That doesn't seem out of line as, to the casual observer, it does seem that something's a bit skewed. It is of course illegal to discriminate on the basis of race in obvious ways. Of course, you can use marketing to signal  which students can expect to feel welcome (go back and look at all those white kids again). Lotteries seem like a "fair" technique, but lotteries come with an assortment of hoops to jump through, which serve as a sort of filter. Franklin Towne adds to that filtration system by doing something unusual-- when they have a spot open up, rather than pulling out the waiting list, they hold another lottery-- so if you want to get your kid in, you have to really be paying attention.

The problem of inadequate special education and blinding whiteness is not a new one in Philly charters, but this time it caught the attention of the Education Law Center of Philadelphia, which caught the attention of the Philly School Board which took the unusual step of denying an approval for Franklin Towne to add a middle school to its elementary and high school offerings unless the charter took a few actions, including giving priority to students in the neighborhood. But the charter fought back, taking its appeal to the state charter board.

The story highlights one other problem with PA charters. While the governor has been talking a tough game, he has not repopulated the state charter board. There should be six members; there are five and they were all appointed by previous governor Tom Corbett, and they are serving past their assigned term. If Governor Wolf wants to do something about charter oversight, he might want to look at that.

In the end, zombie charter board waved Franklin Towne on through, free to keep being just as white  as they want to be, along with the rest of their shenanigans. Charter fans like to say that bad charters get shut down, but some days it sure doesn't look that way. Meanwhile, Philly taxpayers will have to pay for one more charter school, even though their school board said no.
Posted by Peter Greene at Wednesday, September 18, 2019