The American Legislative Exchange Council (ALEC) is the corporate Match.com for wealthy mover-shakers and legislators looking for someone to do their homework together. Among their many favorite issues is education, and to that end, ALEC trots out a report card every year rating the states. It is not unlike a sort of businessperson's prospect overview, and it contains a mountain of thinly sliced baloney. Let's take a  look at that mountain, and then consider one surprising thing that came out of this year's report card promo. 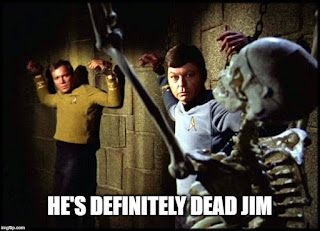 The packet was headed up by Scott Kaufman, ALEC’s task force director for Education and Workforce Development, whose background is strictly in opinion writing and not education. But then, you didn't expect any actual education experts to be involved in this, did you? The report card is largely cribbed together from the work of other reform outfits. It gives states a grade based on... well, here are the categories.

This is not actually based on the state's academic standards. Seriously. Instead, ALEC turned to the 2017 EducationNext work that rated a state based on how closely its percentage of "proficient students" on the Big Standardized Test matched the percentage on the NAEP. It's similar to work that FEE did to gin up something they called the Honesty Gap (based on the idea that if students did better on the state's test than the NAEP, that showed the state cheating on its test).

There are plenty of unchecked assumptions here. The biggest one is that the test measures how "rigorous" the state standards are and not, say, how great their teachers are or how smart their students are or how good their schools are or, more to the point, how wealthy the test takers are. In short, it assumes the tests don't suck even as it assumes that they measure something they were not designed to measure. It also assumes that NAEP deserves to be considered a benchmark, and there are plenty of reasons to argue about that as well.

This grade is based on the 2018 work of the Center for Education Reform, a group that loves charter schools so very much and hates teachers unions and public schools even more. They gave an A only to DC, Arizona and Indiana. They like a state that has few regulations, lets anyone authorize or open a charter, puts no limitations on charters, and gives charters plenty of money.

This grade comes from the Home School Legal Defense Association analysis, and what HSLDA likes best is a state with no regulations at all-- not even a requirement to let anyone know you're doing it.

Is there some form of voucher. This category is basically pass-fail, although they express it as either an A or an F, which kind of messes with the state's overall GPA.

Here they've borrowed the National Council on Teacher Quality report from 2017. I wrote about the 2015 report here, and, well, you get the idea. This is yet another group that decides on their own what quality should look like and then goes out and measures, like a person who carves a yardstick in his basement just based on his own ideas about how long an inch is and how many of them should be in a foot.

This explanation opens with an odd sentence that starts "In 2016, integration of technology into the classroom..." almost as if someone cut and pasted from an earlier report. Then they talk about using the report from the Foundation for Excellence in Education (FEE), except that FEE is nowadays called  ExcellinEd and the report is from 2014.

You'll note that the work ALEC has borrowed is from all over the place; almost as if they were less interested in getting at what's actually happening and more interested in making a case for privatization and profiteering in education.

But let's play a game-- now that you've seen what's factored in, can you guess what the report claims to be rating states on, education-wise? Well, here's the full title:

Notice that none of the six factors that went into state grades had anything at all to do the performance of the state's education system or any progress that has been made. Nothing here considers what is being taught or how well it is being taught or how well students are learning. Nothing here even remotely considers the fundamental classroom business of educating young human beings.

ALEC acknowledges that, even as the officially indicate that they want to change the game.

"Our Education Report Card rollout this year will focus on the non-academic effects of educational choice," says the report. We could talk about the academic affects which are, trust us, awesome. Yuge, even, as indicated in some of what we hear are the very best studies. Very best. But nowadays, we consider academic effects are beside the point:

This success, however, is overshadowing what are arguably the more important results of empowering families with educational freedom: school choice is helping families shape their children into better citizens, and into young adults of whom both they and America can be proud.

One Other Interesting Point

The report contains other factoids, like the dollars-per-student figure for each state, displayed prominently by their NAEP scores, as if we should comparison shop the best price-per-NAEP-point. This is done with no context; for instance, Alaska's cost-per-pupil is high, but then, the cost of everything in Alaska is high. There's a lot of apples to aardvark comparison going on in this report. But that's not the fun thing I promised.

EducationDive's uncritical reporting of the ALEC release included one fun quote from Scott Kaufman, who called the Common Core Standards "dead and buried." On the one hand, it's an odd thing to say, since the standards-- either under the original name or under witness protection style aliases-- are still kicking around most states.

On the other hand, maybe he means what I mean when I say that the Core has had it-- the original dream that it would crack open a national market for education profiteers ("Imagine! Every state can use the exact same textbook!"), then yes, it's dead. If he means that the federales will no longer try to push it, well, as long as you don't acknowledge that "college and career ready" is a sad euphemism for CCS, then yes, it's dead -ish. If, as the rest of the report would suggest, ALEC is mostly interested in growing free-market libertarian don't-steal-my-tax-doillars-to-help-Those-People anti-government education, well, then, the Core has mostly done its work and can sasfely be declared dead.

It's unfortunate that a "report card" like this even exists, though given ALEC's general shyness, I don't think we'll see it touted in the press a great deal. Unfortunately, I suspect the main function is as a motivator for legislators who want to stay on ALEC's good side, a sort of prescription for what ALEC expects its BFFs to advocate for. Look for some of this language coming to a speech from a politician near you.