Dammit, Chan-Zuckerberg! Not Elmo, Too! (And Not Philanthropy, Either.)

If you haven't been paying particularly close attention, you may have missed the Chan-Zuckerberg Initiative slowly inserting its hyper-wealthy proboscis into a hundred different corners of modern life, using its not-quite-philanthropy LLC model to follow in the Gatesian footprints of wealthy technocrats who want to appoint themselves the unelected heads of oh-so-many sectors.

One of those sectors is, of course, education. Their latest bold new initiative is being trumpeted in People, where it is getting exactly the fluffy uncritical reception one might expect, which is too bad, because there's plenty to be critical of.

The tech mogul, 35, and pediatrician’s philanthropic organization, the Chan Zuckerberg Initiative, is working in conjunction with The Primary School and Sesame Workshop to help fund a “new curriculum” that aims to “integrate social emotional learning into early childhood literacy lessons,” according to a press release. 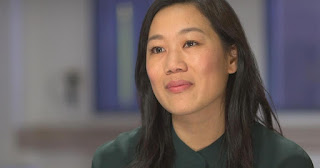 The Primary School is out in Palo Alto, "expanding the boundaries of traditional education." It is the elementary school that Chan co-founded in 2016 to bring together issues in education and pediatrics. They have all sorts of business style leadership positions like "director of talent" and "director of strategic initiatives" and the teaching staff seems to be made of a few "lead teachers" and a whole lot of "associate teachers." Their CEO comes from the NewSchool Venture Fund and Aspire. Their "director of innovation and learning" spent two whole years in Teach for America. The school's principal once founded a charter school and stayed with it for five years. Of the lead teachers a little more than half have actual teaching backgrounds, while the rest are TFA or other "non-traditional" approaches to the field. I admittedly didn't check every single one, but a spot check of the associate teachers turned up zero with actual teaching backgrounds.

In short, it's very new, very reform, very Palo Alto-y, and yet, wonder of wonders, the folks at the Sesame Workshop, "the global nonprofit behind Sesame Street and so much more" and who have been at this for fifty years (longer, I'm betting, than virtually every staff person at The Primary School has been alive)-- those folks feel an urge to team up with The Primary School.

According to the press release, this teamwork has been going on for two years. So, from when The Primary School was barely barely started.

There is a video, in which Chan and a few Primary School folks co-star with Elmo, who is very excited about this chance to inject SEL into early childhood literacy, which opens up the possibility for a turducken of bad education policy, particularly in a school in which almost nobody is a seasoned education practical expert.

The best part of the video is Chan saying things like “The Chan Zuckerberg Initiative is proud to support a collaboration between The Primary School and Sesame Workshop,” as if the Primary School were not a school that she personally started and leads as the board chair (The People article somehow fails to bring up Chan's connection to the school).

I suppose that sounds better than, "We have so much money that I decided I could go ahead and start a school, and then I could hire one of the most high-profile early childhood ed organizations in the world to help work on my school." That is the ultimate in not-philanthropy-at-all. It's as if I announced that the Curmudgucation Institute was proud to announce that it was financing a partnership between Bob's Housepainting Service and My House. Or a collaboration between the Exxon Corporation and My Car.

And of course there's more-- by the end of 2020, they'll have the curriculum digitized and available to other schools around the country.

There was plenty written about the mercenary impulses of Sesame Street written when they were bought by HBO, but you can check out the promotional video and watch another piece of childhood die, as Elmo cheerleads for another wealthy self-appointed education leader.Lord only knows what CZI will get their hands on next.