The Harry Potter books were back in the news for the six zillionth instance of a ban placed on the Rowling classic novels. The books have been repeatedly banned since they were published, usually because conservative religious folks think the books will normalize wizards and warlocks and witchcraft, but Reverend Dan Reehil, a pastor at St. Edward Catholic School, cites that classic argument, but then ratchets things up a bit:

"These books present magic as both good and evil, which is not true, but in fact a clever deception,” he explained. “The curses and spells used in the books are actual curses and spells; which when read by a human being risk conjuring evil spirits into the presence of the person reading the text." 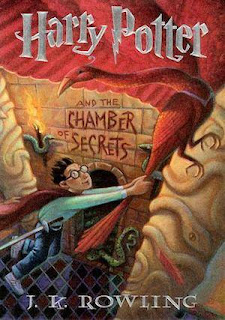 The books hit 500 million copies sold in 2018, so it's really, really remarkable that we haven't heard anything about this. With half ab billion copies of conjuring spells out there that can be activated just by reading, it's amazing that the whole world hasn't looked like the third act of Ghostbusters for the last two decades.

In the meantime, it seems unlikely that the Rev. Reehik's unilateral removal of the book from the school library (he apparently didn't consult staff) will serious affect any child's ability to get her hands on a copy.

The story is a slow news day chuckle. Except that I want to point something out.

St. Edward is located in Nashville. And Tennessee just okayed an education savings account program, a version of a school voucher. That means that parents can get a chunk of money from the state which they can then use to withdraw their child from public school and then enroll her in a private school. A private school like, say, St. Edward.

That's what vouchers get you-- a system by which your tax dollars can go to support not just a religious school (which is where voucher dollars tend to end up),  but the kind of religious school where they ban Harry Potter because reading the books might conjure up evil spirits. Rev. Reehik didn't give his staff or students or parents a choice. Once the voucher program goes into effect, taxpayers don't get a choice, either.
Posted by Peter Greene at Thursday, September 05, 2019