It's 9/11, and social media is plastered with a thousand variations on a single theme-- Never Forget.

First of all, we don't can't even articulate a shared version of what it is that we're remembering. That somebody once successfully attacked us? That we subsequently lost our national shit and chewed through a variety of civil liberties in hopes that Benjamin "Those who would give up essential Liberty, to purchase a little temporary Safety, deserve neither Liberty nor Safety" Franklin was wrong and that everything from surveillance to some airport theatrics would be just the thing? That a mass of people dying for no good reason sucks? That people in the world wish us harm? That we are all fragile tiny humans stuck together on a tiny rock spinning into a vast cold void? 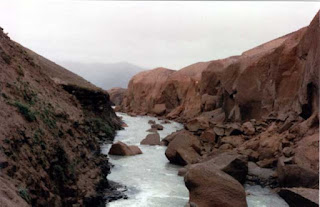 I've seen a handful of posts praising the spirit of 9/12, and I get that-- it was nice to set aside a lot of petty bullshit and just try to help each other, to take care of people in the way that I'm pretty sure we should be doing all day every day. I would like to see folks do that all the time. But I also remember that the spirit of 9/12 included a teenage girl getting harassed in a high school parking lot because she was Muslim-looking. Not to mention some serious warmongering and a renewed patriotism that was sometimes inspiring and warm and sometimes scary and jingoistic. I remember that anti-terrorism wrapped in a flag and carrying a Bible became an excuse for a lot of bad stuff.

So which part of that should we never forget? I'd say all of it, but that brings us to the second problem.

We're Americans, and we suck at history. It's like we're a nation built on the banks of the River Lethe, that mythic river whose waters brought the end of memory. Collectively, we can forget stuff so fast it will make your head spin. School shootings? We can forget those within a week, tops, but we've been at this forgetting thing for a long time. Lessons from Viet Nam? Some of which were a review for lessons of Korea? McCarthyism? World War I was loaded with valuable lessons, and most of the US slept through all of them. The labor movement? The shift from rural to urban living? And our massive national brainwipe re: the Civil War and Reconstruction and the Death of Reconstruction-- that's some important material and we're still paying the price for forgetting it.

It's not all deliberate. Life and history are complicated and remembering complicated things is hard, so sometimes it's easier to just simplify things in our memory-- just cut out all the complicated or challenging stuff.

Of course, the Civil War/Reconstruction stuff is a good example of how we like to deliberately forget things. The South and its friends launched a long term disinformation campaign so that our collective memory would forget all the real stuff and even remember some made-up stuff instead.

Every piece of history goes through that same meat grinder-- it happens, and folks scramble to write the stories about it, hoping that some number of people who don't entirely forget will remember what they've been coached to remember.

US high school students will tell you that history is the biggest waste of time in all their courses. We are living through one more demonstration of why that's really wrong. As frequently noted, no student currently in school has any memory of 9/11. To them it is as distant as the Tet Offensive or the Kent State shootings-- just one of those long ago events that the old folks get all worked up about.

And sure-- like war and divorce and discrimination and childbirth, these traumatic moments of history are never as vivid and compelling second hand. You did have to be there. And past a certain point, all history is second hand. The Norman Conquest changed everything in the English speaking world, but it's pretty hard to find anyone who gets really worked up about it. All the people who  really cared about it are dust, their feelings vanished into some unknowable space.

Lots of us think of education as simply the transmission of facts, and that is certainly part of it. But facts are just a foundation, and as teachers all across the country are reminded every year on this day, being exposed to facts doesn't necessarily mean that students really feel the impact of those facts. This is one of the roles of good literature and well-written history-- to help the audience feel.

But the facts matter, particularly for events in which history starts to fade and those who would shape it to their own ends deliberately try to fuzzy the picture. Who was responsible on 9/11? Osama bin Laden? Saddam Hussein? Iraquis? Iranians? Afghanis? Didn't the Saudis have something to do with it? Chances are, sitting their reading this paragraph, you are realizing you need to look things up to be certain.

This is one of the huge reasons that education matters, because on top of our general American antipathy to knowing the past, there are those who would mess with our knowledge of history in order to control the present. Holocaust deniers want to change how we view Israel and Jewish folks. 9/11 truthers want to uproot our current government. We still can't sort out our issues around race because we are collectively ignorant of how we got to this place. And because we are so untethered to the past, we are a fertile ground for people who are just paranoid dopes (looking at you, anti-vaxxers).

This is also why it matters that we should not, as a country, support education that distorts the record-- no flat earth high school or holocaust denial or claims that Jesus signed the Declaration of Independence or tales of happy slaves who put on a Confederate uniform and fought for the South.

My seventh grade social studies teacher was Mr. Confer, who was maybe a thousand years old and had more energy than all of us put together. He had grown up in an orphanage in the Depression and I don't even remember what all else, but we knew these things because he often digressed from our lesson to tell us tales. At the time, we thought he was doing a terrible job and failing to teach us all the things he was supposed to. It was decades before I realized that he had taught middle schoolers an almost impossible lesson-- that the world was not always the way it is now, and it will not always be the way it is now, and that the world that was was filled with human beings just as real as those of us sitting right here, and that the went through a host of experiences that worked on their hearts and spirits. On days like today, I think about Mr. Confer.

Some people will never ever forget, but as a country we'll forget because that's what we tend to do, and because healing involves a little distance, and because those of us who remember first-hand will slowly, inexorably be replaced by those who don't. This is education in its purest form. We collect all the things we know and that were passed along to us by people who learned, saw, felt them first hand, and we hand them off to a new generation and say, "You were not there, but these are the things we want you to remember." Teachers are there tending the dike that holds back the River Lethe, and while folks are declaring "Never Forget!" and the mass of Americans reply, "Yeah, sure, we'll-- squirrel!" teachers set their jaws, tighten their grips and say, "No, we never will."
Posted by Peter Greene at Wednesday, September 11, 2019