The Center for Education Reform is a pro-privatization group that has, at least, the virtue of not pretending that it has any interest in building bridges or honoring any single part of public education. Where other reformsters may be thoughtful or interested in dialogue or evolving over time or staking out a rhetorical middle ground, CER is the Yosemite Sam of the reformster universe, leaping in with guns blazing and mouth flapping. Give them this much-- you don't have to wonder what they're really
thinking. 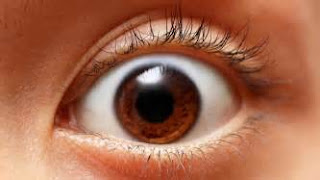 Take this classic piece from 2014-- "How To Spot a Real Education Reformer"-- in which some unnamed CER functionary combines a codification of privatizer creed with a straw man assault on the rest of us. It's an instructive piece because it does list the hard-core reformster talking points.

These days, everyone is “for” education reform. But when everyone claims to favor “reform,” how can you tell the real reformers (“the doers” who are focused on real results for students) from the rest (“the talkers” who are more concerned about maintaining the status quo)?

Got that? Nobody actually opposes any reformster ideas-- those folks with reasoned arguments against this stuff just don't exist. But Nameless Functionary will now walk us through the tenets of reformsterdon, topic by topic.

Real reformsters don't admit poverty as any sort of excuse. RR believe that the only accountability is accountability based on test scores. Parents should have control of who gets the money attached to their child. And innovation should happen because the US education sky is falling.

Big fakes talk accountability without explaining it, "banter on" about how poverty actually affects students, and try to claim pre-school as a growth for old, faily public ed instead of letting privatizers stake out that market unchallenged.

You'll note that the tune for the accountability polka has changed a bit since 2014-- choice fans are less attached to the idea of test-based accountability now that it hasn't worked out so well for choicey programs. In fact, CER just cranked out a whole book on the theme of "Maybe we shouldn't get so picky about accountability and test scores." Weaponizing test results was only attractive when the weapons didn't bite reformsters in the butt.

Real reformsters know that unions suck and stand in the path of every good and true reformy idea. Contracts and job security somehow make people not want to be teachers. RR understand that the public school system is just a scam for the unions to suck up tax dollars for their political purposes

Faux reformers-- well, I'm just going to cut and paste this, because if I paraphrase the hatred here you'll think I'm just exaggerating for effect:
These fake reformsters might even brag about having developed a policy by collaborating with teachers. Such people are traitors to the reformy agenda and must be purged. Teachers suck and have no interest in educating children, nor do they care about children or communities or anything.

Real reformsters support parent choice, and the focus on creating an "environment" where lots of education flavored businesses can thrive. Because really, it's all about using education tax dollars to provide private businesses with entrepreneurial opportunities.

Fake reformsters bring up "misleading claims" that vouchers don't actually work. Oh, Jeanne Allen of 2014-- if only you could have known then how great 2017 would be for people who want to deny research and science and facts.

FR also make comments about how choiice schools cream and don't have to take all students as public schools do. Nameless Functionary doesn't even try to offer a theory of how those folks are wrong, though NF does allude to the old market-competition-improvemenyt baloney.

Real reformsters want to see charters authorized by independent groups (aka unelected folks who don't have to answer to the taxpayers whose money they spend on charters). RR also-- and this is kind of astonishing-- believe there is no magic formula for judging what a “good” charter school looks like during the application phase. So those independent authorizers should exercise no oversight at all. Anyone who wants to start a charter should get the tax dollars to do it.

FR make excuses about why their market might not be good for charters. They speak against for-profit charters which, Functionary tells us, do not actually exist! Oh, and watch out for those who "support" charters by advocating to lift caps. There should be no caps. Charters should get all of everything they want, always.

Real reformsters understand that we "honor" teachers by making them compete for piddling pay, because nobody really wants consistent, reliable pay.

The fakers only want some of teacher pay to be based on performance, or to let local district define excellence in various different ways. This is bad, apparently-- just pay teachers based on students scores.

Oh, 2014. What fun times those were. Real reformsters wanted to tweak NCLB, but believed that the feds should only gather data and conduct nonpartisan research to support policymaking. Fake reformsters thought RTTT actually accomplished something, and thought the waivers were swell.

Of course, now that we have Trump-DeVos in DC, let's just forget about that part where the USED only does research and collects data. Let's go ahead and grab the reins and just slam vouchers into place from coast to coast, with federal money. Turns out that powerful activist federal departments are just fine when they favor your policies.

Which always makes me think of counting on my fingers, but never mind that. Real reformsters love online learning because-- and again, I'll cut and paste-- reformsters recognize

the role businesses, which have transformed the nation’s infrastructure, can play in the creation and delivery of online learning.

The fakers think online learning should be developed and managed by school districts (who are they to hog all that money). Also, beware of people who think you've innovated if you just stick a computer in each kids' hands. Okay, they're right on that one.

Another ghost from 2014. Real reformsters know that standards aren't enough by themselves, and that the Common Core must be backed up with other stuff. Beware people who hate the Core or who think it's anti-American. And especially beware people who say "doozies" like this one that could be "uttered by phony" reformsters.

“We believe learning should be child-centered.”

Where have we heard that? Oh yeah-- it's a central pillar of DeVosian education philosophy. She says it a lot, even more often than she has nodded to her many supporters who believe that Common Core is un-American and must be scrapped. So I'm betting that CER has shifted its policy position on this particular point.

Jeanne Allen (CER's head honcho, face and voice) has lobbied hard for DeVos, and why not. DeVos shares her hatred of union, her disrespect for teachers, and her desire to get those sweet, sweet tax public tax dollars into private corporate pockets. If she has to sacrifice one or two of her previously-held sort-of beliefs to get a seat at that banquet table, well, never let it be said that CER is above realpolitik.

In the meantime, bookmark this so that the next time you're wishing that a reformster would just come right out and say what she's after, you can read a piece from one who did, untroubled by nuance, reflection, or scruples. This is not the whole reformster movement, and CER is not the arbiter of what "real" reformers believe, but it is the reformster movement's most bald, bare, avaricious, backwood-looking corner, and while other reformers have moved on to more nuanced, reflective stances, it's important to remember-- and keep an eye on-- the folks who haven't.