And yet, we have Oklahoma and teachers. 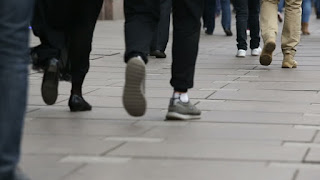 The red flags have been numerous. The Oklahoma State School Boards Association has crunched some numbers. A massive increase in student population over the last twenty-five years. Spending far less per pupil than any states in the region, as well as the lowest teacher salary, which might explain the increasingly huge number of emergency certificates-- almost 3,000 this year, which as about 1,000 more than last year. The Network for Public Education gave them one of the worst grades for privatization in the country. And after teachers were pushed to the point of striking, some legislators thought the problem revealed by the strike was that teachers have too much freedom to speak.

But it turns out that the teacher walkout was even bigger than reported.

The 2018 Teacher Supply and Demand report has just been issued, and among the pages of information is a stunning data point-- over the last six years, 30,000 Oklahoma teachers have walked out. Over six years, Oklahoma has lost 30,000 teachers. To put that in perspective, there are just under 42,000 teachers in the state.

The report considers many possible factors, and cites an interesting source-- an October 2017 survey of people holding an Oklahoma teaching certificate who were not using it. One third said a pay increase would be enough to tempt them back to the classroom, but two thirds said it would take something more. In Oklahoma, it's not just the low pay, but the low support, the low respect, and the ever-increasing workload.

As I understand it, what's supposed to happen next is that the legislators and other leaderly types are supposed to meet market demand by improving their offer. And yet, we have Oklahoma's legislators.

I suppose there are some factors that could cause the market forces to malfunction, most notably people in charge who don't care whether they can hire and retain all the nest teachers or not. Or who want the whole business to fail, because then charters and vouchers and other reformy businesses would have a better shot at the plating field. Or who are just so hostile to teachers that they'd rather see schools collapse then give those damned teachers one more cent.

Whatever the case, Oklahoma is totally screwing up the whole market forces thing. Let's hope they figure it out soon.
Posted by Peter Greene at Thursday, February 28, 2019