Is it possible to end public education in an entire state?

Can Florida become any more hostile to public education than it already is?

Newly-minted Governor Ron DeSantis and a wild cast of privatization cronies seem to answer a resounding "yes" to both questions.

But how would you do it? What resources would you need? What tactical moves would you make? Well, as always, there's more bad education news in Florida than you can shake a "Swampland For Sale" sign at (the Tampa Bay Tims is now doing almost-daily education update columns). Remember-- Florida already has a head start with more vouchery choicey baloney than any other state, by far. But here are a couple of trends that point us in toward further privatization.

Since at least the days of Governor Jeb and FEE, Florida has been fertile ground for growing well-heeled, widely-connected fake grassroots groups, and Florida's favorite face of privatization is back with yet an other group. The group is School Choice Movement, and the face is Erika Donalds. 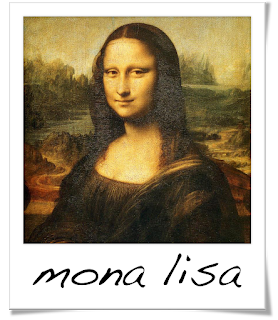 The group launched at the start of this year (you know-- concurrently with DeSantis's term). Donalds is the lead on this group, but it also includes Shawn Frost, who graduated from Eastern Oregon University in 2006 with a BS in Experimental Psychology and a minor in philosophy. Then he picked up an MBA from Florida's Nova Southeastern University (website text- "Prepare To Dominate") and then he taught high school science for just two years at Sebastian River High School, a high-rated IBS school. There he did things like "leveraged personal network to create 'wow factor' learning experiences" and "conducted customer focus groups and survey research on student motivators and created a 'meritocracy based' incentives program." And then he got out of the classroom and back into corporate marketing work, got on a school board in part with help from Betsy DeVos's American Federation of Children and DeVos herself (this was in 2014), and from there moved to Erika Donalds's "alternative" school board group, the Florida Coalition of School Board Members. He fully intended to leap from there to the Florida Board of Education. He's also a senior strategy consultant with MVP Strategy and Policy, a group that can, among other things, "make you profitable/well-known and profitable." They also specialize in helping with school board races. Frost once taught a class based on The Art of War. I find no evidence that he was TFA, but he certainly fits the profile, and he does love to say that he was a classroom teacher (without mentioning that his "career" lasted two years. And I can report first hand that he has a feisty Twitter style.

Also in the group is Scot Shine, "named by Jacksonville Magazine as one of the First Coast's most influential people." He's also a marketing and politics guy who served briefly on a school board and joined the Donalds upstart group.

Donalds is a Tea Partier who used to be an investment banker in New York. Now she is a well-connected player in Florida. Her husband Byron Donalds is the legislator who gave Florida the law that says all textbooks must be "balanced" and that any taxpayer can challenge course content. Donalds is buds with Patty Levesque, the woman who has been Jeb Bush's right-hand woman on ed reform, and FCSBM includes other well-connected players. In the interest of space, I'm going to skip over the many Florida power couples in which he writes laws about education and she runs a charter school. Donalds landed a seat on the Florida Constitution Revision Commission, from which she helped launch Amendment 8, a three piece amendment that would have added civic education, term limits for school board members, and-- oh, yeah-- also a part that eviscerated school boards and allowed charters to do an end run around local voters so they could pick the taxpayers' pockets. The attempt to just kind of slip that last part past everybody helped kill Amendment 8 in court.

These three are the guts of SCM. The group's advocacy priorities are-- well, they're Amendment 8 without the civics. Term limits for school board members so they can chase pro-public ed people away before the gather too much power. Transportation innovation and funding-- because charters could recruit better if someone else was footing the transportation bill. Education scholarship accounts-- Florida already has these super-vouchers, but SCM would like to see them expanded to everyone. And charter independence-- because it sucks that charters still have to answer to elected representatives of the taxpayers who foot the bill, and charters would be much happier to not have to answer to anyone.

SCM is not thinking small. Combined, these policies would cut the throat of public education. Charters could soak the taxpayers for piles of money, and the only way school boards could relieve the pressure would be to cut public school budgets past the bone. This has been one of effective charter marketing tools in Florida-- hobble public schools so badly that charters start to look good by comparison.

Of all the policies that pull back the mask of lies that (barely) cover some policies in Florida, nothing is more cynical than the so-called Schools of Hope.

The principle is simple. Use the grading system to identify schools that are having trouble aka schools that have beaten down enough that charters are starting to look good to the families who attend. Then let charters set up shop right across the street.

There is no fanciful spin that could make this look like a policy that will help or improve struggling schools. But then, that's what all this rhetoric about "putting children's concerns ahead of adult concerns" is too often about-- people who want strong public schools are just trying to save union teachers fat paychecks, and they should be happy to let the public system go down in flames. This will be a stronger argument the day a charter operator says, "Well, good business sense says we should close right now, but these kids are depending on us, so I guess we'll just lose money" or "Give us every kid you've lives nearby-- we don't care how much of a challenge they might be" or even when a legislator says "As long as there's one kid left in that public school, we need to make sure that school gets the best resources we can get to it."

Currently, just under 50 communities are eligible to Schools of Vultures Hope; the DeSantis plan would up that to just under 250.

DeSantis has also cleared away the obstacle of the courts for another reform dream. In 2006, the Florida Supreme Court found that Bush's voucher program ("Opportunity Scholarships") was unconstitutional. DeSantis has just replaced three of the five justices who signed that ruling-- and proposed the "Equal Opportunity Scholarship."  It's more vouchers, on top of the many vouchery programs Florida already has.

I've long said that charter school boosters insist on co-opting the word "public" as a marketing strategy, that they are trying to get families to ascribe certain characteristics to charters that charters simply do not have. Still, it seems curious that some charter cheerleaders are really, really adamant that charters are really public schools. After this piece ran at Forbes, the folks from School Choice Movement wanted to chastise me severely over this very point.

Then I read this editorial from the Tampa Bay Times- "DeSantis redefines public education"--, and while I may be slow, the penny finally dropped.

Yes, there are people who really think charters are public. There are those who co-opt its marketing power. There are charter operators who cynically choose "public" or "private" as it suits their purposes. But for those like DeSantis, the objective is to redefine the term.

He's made his redefinition clear-- "If the taxpayer is paying for the education, it's public education." Oddly enough, that is exactly the argument the School Choice Movement tweeted at me.


Read the statute: farm analogies aside, charter schools are public schools, UNLESS your opinion of “public” begins and ends at union operated schools. Public education is the education of the public, not a single building, or delivery model. pic.twitter.com/GPPqcQt8Gm
— School Choice Movement (@SchoolChoiceMVT) February 15, 2019


Note that this skips over who owns it, who controls it (and whether or not that who is elected), to whom it is responsible (if anybody), who regulates it (if anybody) and most especially who profits from it (answer: "Who cares as long as it's not those lousy unions and their lousy teachers").

Calling charter schools public creates a nice batch of smoke and mirrors, allowing DeSantis and his cronies to privatize giant chunks of Florida's school system while still proclaiming, "No need to worry. You still have public schools!" You could completely shift the education system to privately owned and operated schools while still reassuring parents, taxpayers, and, perhaps, courts, that you haven't done a thing because it's still all public schools.

It's not just marketing. It's stealing the Mona Lisa and hanging up a Polaroid picture of the painting in its place. It's kidnapping your spouse and replacing them with an inflatable doll. It is a gaslighting of epic proportions.

In the meantime, Florida taxpayers, you probably should not try to just stroll into the public governor's mansion you paid for or borrow one of those public vehicles that you bought for officials to drive around in (especially don't try to commandeer a public army tank). Instead, I would keep a close eye on your public schools while you've still got them. And if it's already too late in your county, don't be sad-- your loss of public education has at least made some of your leaders really wealthy.

And the rest of us need to pay attention, too. Remember-- Betsy DeVos is among the many people who think Florida is an educational exemplar.
Posted by Peter Greene at Monday, February 25, 2019
Email ThisBlogThis!Share to TwitterShare to FacebookShare to Pinterest