So we just froze our way through School Choice Week, the annual PR blitz in favor of privatizing public education, and I find myself troubled and annoyed by the word "choice." 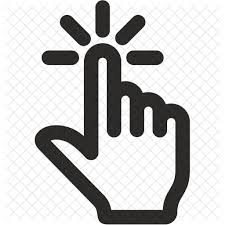 See, I favor choice. In all my years at our tiny small town/rural high school, we'v e graduated students who went on to become doctors, artists, teachers, welders, construction workers, lawyers, telephone linemen, and jobs you don't even realize exist. We have sent them to Ivy League schools and community colleges and two year tech schools and straight into jobs they love. And our students were able to choose those paths in life because they were able to choose the kind of education they wanted while they were with us. They could spend half their days in a shop at the CTE program we've offered for fifty years. They could pursue extra challenging courses in our honors track, prep for college, or aim for working world skills. They could take art classes, cooking classes, go full band geek.

These students had ample choice-- and they could exercise that choice without to apply and re-apply if they changed their minds. Changing their life goals (not exactly an uncommon activity for teens) could be done without having to change schools and upend their entire lives.

But somehow, charter advocates keep trying to paint this as "one size fits all" schooling, as if every student in a public school must follow exactly the same path-- which is pretty much the opposite of how public schools actually work.

It's true (and maybe ironic or maybe ill-intentioned) that standards-based reform has tried to turn this one-size-fits-all model into reality, with Common Core college and career ready standards the special dream of folks who think that uniformity and conformity are virtues. It is absolutely tragic that some school districts have bought into the notion that education should be like tofu-- exactly the same however you slice it.

Part of the language we should have been using to beat back the standards movement is the word "choice"-- students should be able to choose from a variety of paths within their school.

But "choice" hasn't been available because the term has been co-opted by another brand of reformster-- the charter cheerleaders, who are not just interested in charters, but in privately operated corporate style run-like-a-business charters. So the word "choice" has not only been co-opted, but narrowed to serve as a stand-in for "privatization."

We don't even see it anymore. School choice could mean any number of ideas, such as the pioneering schools-within-schools of New York City (see Andrea Gabor's After the Education Wars for a history of these revolutionary schools). It could mean deliberately fostering multiple approaches within a single public school district run by various and varied teacher leadership teams. Heck, on the other side of the scale it could-- and once did-- refer to voucher systems. But vouchers are controversial even as they reveal the empty promise of school choice-- no voucher in the world can make a private school accept your child if they don't want to. And choice fans have backed away from including vouchers in the "choice" brand.

My point is that "school choice" could have a big broad batch of meanings, but it has been carefully narrowed by and large to mean a system of privately owned and operated charter school businesses.

It's a deliberate framing maneuver, of course, suggesting that if you are anti-charter, you are against choice and freedom (and probably hate apple pie, too).

Yet a modern charter system is no better at providing choices than a traditional public system. A modern charter system provides only the choices its operators decide to provide, and only to the students that "fit" their charter, and no group of parents have the option of showing up at a board meeting to demand other choices. Meanwhile, charters drain resources from public schools, reducing the choices available to students there.

Charters were going to be laboratories that taught us new things about education. That, of course, turned out to be a crock (name one new educational instructional pedagogical anything discovered and disseminated by a charter school). Charters have "discovered" that if you spend extra time on students who are "good fits" you might do well on standardized tests. And charters have underscored one other piece of not news-- the best way to get more educational choice for students is money. The more money, the more programs, and the more choice.

Wealthy public schools have all the languages and arts and music and theater and AP courses and specialized classes. Poor schools get the basics. Charters develop resources of wealth by managing costs (no students that are costly to teach, low wages for teachers) and by hitting up donors.

If we were having a real discussion about educational choices, we'd be talking about how to get more money to public schools, the schools that are already well-structured to provide choice inside their big tent. But we've been suckered into accepting that "choice" must mean privately owned and operated charter schools.

If you want poor families to have choices like Latin, a strong theater program, and awesome science labs, you don't get there by spreading dollars thinly across multiple charters that those families may or may not have access to. You get those choices by pumping money and resources into the schools that are already in place and already committed to educating those students. This is one of the crazy assertions of modern charters-- if we take the same money that wasn't enough to run a single school system and spread it across multiple systems, it will suddenly act as if there were more of it.

We need to take back the word "choice," because it's an important word in education. Students do deserve choices-- real choices-- and the best way to get them is to fully fund and support the public school system so that we can build variety and meaningful options under one roof. That's real choice
Posted by Peter Greene at Monday, February 04, 2019