Last Thursday night, David Hardy, the state-appointed takeover CEO for Lorain City Schools told the public that all teachers at the high school would have to reapply for their jobs.

If you want to read about how they arrived at this point, that story is here. This is just the next chapter in the story. 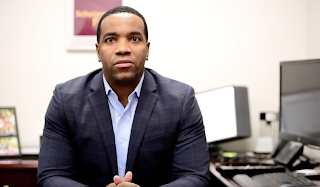 After telling the public, Hardy then sent a letter to staff (because when you want to drop this kind of bomb on your staff, you definitely want them NOT to be the first to know). It does not particularly clarify the action. Having created four categories for the schools of Lorain (because a good plan requires specialized new jargon) -- excellent, innovation, improvement and empowerment schools. No schools were ranked excellent, and only the high school was ranked "empowerment." Hardy has not made public the process by which these judgments are made, though they appear to be linked closely to state test results.

Why exactly do teachers need to re-apply? Per the letter:

"...because we know that transformations this large can only happen with a completely unified and committed team, we’re giving leaders at Empowerment Schools the autonomy to choose their staff. "

At the high school, that would be the team led by Executive Director Daniel Garvey.* Garvey is one of Hardy's hires; he graduated from Ohio State with a BA in International/Global studies then, spent two years Teach for America as an English teacher, then three years handling phone interviews for TFA, and six and a half years doing a variety of education-related jobs in the Dominican Republic. Now he's going to take point on deciding if the teachers of Lorain High should get to keep their jobs or not.

Because the corporate reform playbook says that school leaders should be like CEOs who get to pick their teams, even if that means firing people who know far more about the job than the CEO does.

But look at another line from the letter:

This means all teachers and staff members who wish to remain at LHS next school year will need to participate in a selection process to determine whether their experience, commitment and belief in the potential of our scholars are the right fit for the school going forward.

Hardy's argument is that LHS has to break "patterns of low academic achievement stretching back many years," but he's not going to evaluate teachers based on their academic strength, their teaching skills, their content knowledge-- they are going to be judged on whether they have the right commitment and belief, whether they are, in fact, team players. Is this about the "no confidence" vote that 98% of the staff made public last week? The board vice-president and the teacher union president both think so.

The purge letter also has a paragraph encouraging "educators and staff who do not have a direct ort immediate impact by the process" to keep working hard. That is a bone stupid thing to say-- as if any teacher anywhere in the district could not be immediately affected that at any moment, the CEO could announce that they, too, must do a song and dance to keep the job they already have. Every person who works in the Lorain district is now affected. Only a deeply incompetent manager could expect otherwise.

The purge announcement comes wrapped in plenty of confusion. The letter itself sends mixed messages. "I have seen first hand how hard LHS teachers work every day to do right by their scholars" Hardy writes. And then, "I hope many will decide to be part of the selection process." That process is loaded with unanswered questions. Per Jay Pickering, union president:

They can’t tell you who’s interviewing people, what positions — when you put in your request to stay, there’s not ‘what am I going to teach.’ It was very vague as far as whatever this process is going to be. The only thing, and I made sure that I asked the CEO clearly, if throughout this process if a teacher’s not chosen, could they lose their job in Lorain, yes or no. And he just refused to answer the question.

But then, Pickering has no reason to listen to Hardy's words on the subject anyway-- just ten days before the announcement, Pickering asked Hardy to quell rumors in the district, and Hardy assured him that no teachers were going to be moved.  Now Hardy says that tenured teachers who aren't kept at the high school will be placed elsewhere in the district; he does not offer an explanation of how that will work for teachers who are only high school certified.

Hardy called teachers in for a two hour meeting on Friday to discuss the selection process, which apparently will start in a week. The meeting was billed as an announcement of Hardy's plan, but simply outlined him timeline. "It was a really bizarre meeting and he didn’t really answer any questions directly. There were a lot of tears by teachers today."

The process of announcing intent has begun immediately, as covered by the Chronicle-Telegram:

In an email shared with The Chronicle-Telegram, the district’s People Office sent staff an invitation to complete a “non-binding Declaration of Intent survey,” 6:15 p.m. Friday. Survey questions were not accessible without starting the application process, but the letter states those who wish to remain at the high school must “exemplify our district core values at all times; abide by the district policy, protocols, and identified expectations; abide by the district’s shared expectations outlined in The Lorain Way; uphold the expectations outlined in the Lorain teacher job descriptions; and believe in the limitless potential of all scholars.”

The invitation states “all staff” must submit the form, but only includes a link to the teacher job descriptions. The form is due March 1 and those who complete it will be contacted by a member of the People Office by March 5 to learn of the next steps and schedule a formal interview.

“It was a conversation that we had as a team to talk about the future to give our teachers space to ask questions and think through things they’re grappling with and make sure they understand the process that ensued," Hardy said. "And to ensure we have a space to understand what challenges we’re facing and move forward.”

“We know that their lives and days are extremely busy, so we wanted to make sure it is something that allows them to showcase the wonderful things they already do and have conversations with the leadership team about being a part of this transformation,” he said. “Or maybe there are folks who decide they would like to be somewhere else in the district, then we would invite folks who are external to be a part of that selection process.

"But not until we have exhausted all of our opportunities to really talk to our teachers, to understand our teachers who are in this high school and ask them to be a part of what is necessary to move to the next level. At that point, our school leadership team will make decisions on who they would like to see be a part of Lorain High going into the 2019-2020 school year.”

It's an astonishing parade of baloney, and it makes me angry for the teachers of Lorain just to read through this. Though it appears that there may be nobody madder than School Board President Mark Ballard, who argues in a letter sent Friday that Hardy should have to reapply for his own job. Nor did Ballard mince words when talking to the paper.

“Grades got worse, morale got worse, enrollment got worse,” Ballard said the district since Hardy took over 18 months ago. “… I think there’s probably about 60,000 people in the city of Lorain and he’s probably No. 60,001 that deserve that job based on how he’s been doing it.”

“What I think is he’s just going to go through his games,” Ballard said. “And the people who’s not buying into his program and dancing to his music, whether they’re right or wrong or whether they’re good at their jobs or not, he just wants them out of there so he can have additional puppets to do what he wants them to do.”

The state takeover of Lorain schools is turning into a clusterfarphegnugen of epic proportions. The idea of giving a CEO all the powers of a superintendent and a school board is a dumb idea. Giving that position to someone who lacks the experience and skills to even sort of manage it makes things exponentially worse. For Reformsters who think the corporate takeover CEO model has potential, Lorain is shaping up to be a model for how bad an idea that is, a sort of disproof of concept. We'll keep following this tale as we wait to see just how bad things can get.

And here's the next chapter.