IA: Choice Is Taxation Without Representation

An Iowa state senator has caught on to one of the problematic side effects of many choice programs-- disenfranchised taxpayers. Or, as somebody put it a while ago, taxation without representation.

Iowa has long allowed open enrollment; an Iowa family can enroll their student in any public school district, whether they live there or not. Currently the full per-pupil expenditure follows the student-- including the part of the expenditure that is collected by the taxpayer in the student's home district. 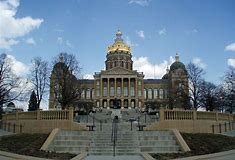 Republican State Senator Tom Greene (no relation, as far as I know) was newly elected in an upset contest in 2016. In real life, he's a pharmacist, but he was also the board president of Burlington School Board, and that gives him some perspective (from Radio Iowa).

This, of course, is not just a problem with an open enrollment system like Iowa's, but with any choice system around. Charter and voucher fans like to extoll the free market mechanics of such a system-- if a school is bad, everyone will vote with their feet and it will deservedly close. But there are other taxpayers paying into that system-- taxpayers without students and so who cannot vote with either their feet or any other appendages. A choice system completely disenfranchises taxpayers without school age children.

Greene is proposing that only the state and federal money follow the student, which is not much of a hardship for receiving schools in a state in which local property tax only pays about 12% of the total cost.

But to establish the principle that you can't just take tax money and stick it where the voter representation don't shine would be a big change in how choice systems are handled and would have immediate implications for charter and voucher systems (though Iowa charters must be authorized and supervised by local school districts, so it's not quite as bad as California or Ohio or Florida where schools can be foisted on taxpayers by people who are neither elected nor in the district). If the bill passes, and if anybody pays attention to the implications. Keep an eye on Iowa.
Posted by Peter Greene at Friday, February 08, 2019