It's a phenomenon noted in many urban education-scapes. The leaders (CEO, Education Visionary, Grand High Muckity Muck, whatever) of a charter operation makes far more money than a) the local public school superintendent responsible for far more students and b) the teachers who work within the charter. But a recent Washington City Paper article by Rachel Cohen lays out some stark examples. 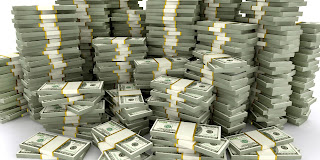 The article starts with Lisa Koenig who left the lawyering biz to teach at a charter. She note that her first year teaching assistant salary was less than her year-end bonus as a lawyer. Koenig stuck with it for seven years, but at one point she asked to see the salary schedule so she could evaluate some further education choices she was considering (would the additional education debt be balance by salary increases). Her charter said no, she could not see that. In fact:

“There are 120 schools but you can’t just call them up and learn their salary schedules,” she says. “It puts us in a position where we can’t make informed choices about where we work. Charter schools are free markets for all the parents and kids, but screw those teachers.”

That kind of information isn't available to anybody, because even though DC charters are funded with taxpayer dollars, they are not subject to Freedom of Information Act requests. As the DC public schools for budget information and they have to tell you. But DC charters, as with most charters in the US, can just say "Nunyabiznis."

Nor is anybody trying to find out. The charters don't attempt to figure out what average charter salary is, and the State Board of Education told City Paper that it's all outside their area.

But while charter teachers are getting shafted, charter leader are making out like bandits.

A Washington Post story in 2015 found that charter boss salaries ranged from $90K top to $350K in 2013, and that two DC charter leaders made more than the DC schools chancellor, even though she was responsible for far more students.

City Paper found that things have escalated since then. In 2017, three charter chiefs made less than $100K, while eight made more than $200K. Some of the raises-- paid for, remember, with public tax dollars-- are astounding.

Probably the most amazing example City Paperr turned up was this one:

In one remarkable instance, Sonia Gutierrez, the founder and former CEO of Carlos Rosario, who now sits on the school’s board, earned $1,890,000 between 2015 and 2017. Board chair Patricia Sosa, when contacted about this large sum, says much of that had been awarded as deferred compensation from Gutierrez’s time working between July 2010 and December 2015. However, according to tax records, she was also paid an average of $326,000 annually during that period.

The argument is, of course, that charters must pay competitive salaries to attract and retain top talent.

It is free market hypocrisy of the worst sort. On the one hand, charter leaders embrace the free market in order to throw big piles of taxpayer money at charter leaders. On the other hand, charters avoid transparency in order to thwart the free market when it comes to paying teachers. Charters suffer from huge turnover, but apparently they just don't care. But keeping teachers poorly paid and in the dark so that more money can be spent on top managers is inexcusable and unsustainable, and the rules that allow charters to hide their use and misuse of taxpayer dollars ought to be changed.
Posted by Peter Greene at Thursday, February 07, 2019
Email ThisBlogThis!Share to TwitterShare to FacebookShare to Pinterest