Speedbumps on the Road to Curriculum's Golden Age

Among the recent shifts in reform thought is one to a focus on curriculum and content, and I don't hate it. One of the hugely screwed up features of the last two decades has been the content-stripped focus on hollow skills. Reading is not a set of skills that can somehow be taught and practiced in a content-free vacuum, but that's what we've been trying to do for most of the 21st century, so far.

So this piece by Robert Pondiscio on the Fordham's blog is a welcome addition to the ongoing conversation about education. Pondiscio has been a rich content guy all along, and it's good to see him arguing how strong content can push aside the bad practices of recent years rather than making twisty arguments that Common Core and rich content are somehow two peas in a pod. 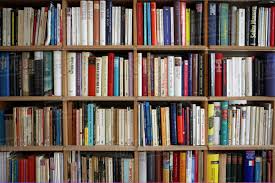 There are several points in the piece I want to underline, but I also want to note a huge roadblock or two on the trail to Contentville.

Most important: Under NCLB and Common Core, curriculum is judged strictly on its "alignment."

There are a variety of problems like this, not the least of which is that "alignment" can be completed successfully as a complex paperwork problem. But as Pondiscio correctly points out, alignment doesn't care about content:

“Alignment” also tells us nothing about literary merit, quality, or lasting value. You can explore themes of fratricide and revenge by studying Shakespeare’s Hamlet or Disney’s The Lion King. In no way are they “equal.” A three-star restaurant and Taco Bell may both get “A” ratings from the board of health if they’re aligned (as they must be) to safe food handling standards, but they are not otherwise comparable.

Pondiscio also notes that the skills-centered movement we've been living under completely ignores the importance of prior knowledge in reading-- and writing, too, for that matter. This is huge. At the lower levels, it is useless to decode a word you've never heard of. At higher levels, it's hard to comprehend what you know nothing about, no matter how well you've practiced your drawing inferences and context clue reading. When you don't know anything about the context, it will not yield any clues.

The article is written mainly to plug a new tool for measuring ELA curricular sweetness, and I have no opinions about it at this point. As described by Pondiscio, it sounds like a good idea.The team to watch for is David Steiner and Ashley Berner, and their tool is about knowledge mapping. For the moment, I'm agnostic. At the same time, Chiefs for Change are involved, so I am hesitant to get excited. But all of that is for another day and the general topic of "How are reformsters going to screw this up?"

One line of Pondiscio's piece brought me up short and reminded of other major obstacles in the path of any golden (or even bronze or pewter) age of curriculum:

It’s been a pleasant surprise to see curriculum come into its own in the last few years as a potentially powerful lever for improving student outcomes.

Please, God, no. "Improving student outcomes" still means "raising test scores," and as long as that's our metric, the quartz age of curriculum is doomed.

Test scores are still tied to the skills-centered baloney of the last two decades. They still ignore, for instance, any of the type of learning involved in reading an entire work, chewing on it for a week or two, and then writing a thoughtful self-directed response to the work as a whole. The tests are still based on reading a short excerpt and answering some multiple choice questions.

It would not matter if we could some how drop a rich curriculum into the hollow heart of the current test-centered practices. But that's not quite possible, for two reasons.

First is that high stakes testing drives curriculum. We may measure curriculum in the abstract by checking on its alignment, but on the ground, in schools, the test is driving the curriculum. For example, the standards include speaking and listening standards, but nobody cares because they aren't on the Big Standardized Test. Meanwhile, English teachers are being pummeled with test prep materials and practice and giving the NWEA MAP test or some other pre-test test and crunching the "data" to see what they need to teach harder in hopes that students will get a couple more questions correct.

Second. Although I like to call the skills-centered standards hollow and without any content knowledge involved, that's not exactly true. There is content, but it's content along the lines of "Types of Distractors Preferred by Makers of the Big Standardized Test" or "What Testmakers Mean by Terms Like Mood and Best." The test manufacturers have their own language, their own preferred lines of reasoning. That's why they think opinion questions like "Which sentence best supports the author's intent" only have one answer-- their answer. This is not valuable content, and it certainly isn't rich content, and it has no use except to prep students for the test-- but it is content and as such takes up space, time, and oxygen in the classroom. And while plenty of teachers are quietly thumbing their nose at it and ignoring it, many are using it as their course content.

Which means that in order to make space for an actual rich curriculum, this other crap has to be cleared away. And that won't happen as long as too many administrators are "data driven" acolytes of testing.

In order for the golden age of curriculum to dawn, the chintz age of testing has to end. The Big Standardized Test has to be swept away, drawn and quartered, killed with fire then its ashes spread to sea-- pick your metaphor. It has to go. Otherwise school districts and administrators and policy makers are going to look at curricula certified by knowledge maps and go back to the same old question-- Will this raise test scores. Administrators and school districts will look at a rich content curriculum and say, "Yeah, this looks great. You can definitely go ahead and do this once your kids are ready for the test-- hey! maybe you could do this in the last half of May once the testing is over!"

For us to enter a golden age of curriculum, tools like the one Pondiscio describes will be necessary, and they will involve a fight that will never ever end about which works, exactly, belong in such a curriculum. But we have other work to do before those tools can be used. Perhaps a silver or wooden age of curriculum-- then we could make bullets and some stakes.
Posted by Peter Greene at Thursday, February 14, 2019