Hammering the Littles: Are The Kids Really All Right?

The headline says "Kindergarten classes are getting more academic. New research says the kids are all right." The news is that a big shiny new study shows that the increasingly academic approach to kindergarten is okee dokee. 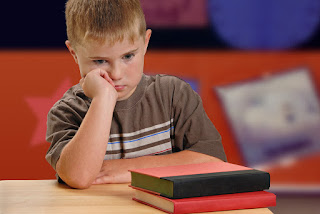 The quick take is that the study followed 20,000 kindergarten students and found that they both achieved academically and their social and emotional development was just fine. So, apparently, all the adult humans who were concerned that over-emphasizing academics with five-year-olds was developmentally inappropriate, at best a waste of time, and at worst destructive-- well, all of those folks can just chill because this study says everything is hunky and dory.

Here are some of the reasons that you can ignore this study.

1) The study is based on the 2010-2011 school year. That means these students were barely, if at all, subjected to the rollout of Common Core, a set of standards that seriously pushed developmentally inappropriate instruction into the primary grades. It means that the study was only looking at the academic advances in kindergarten that happened under No Child Left Behind, but predates the even huger ramping up that happened in the last decade.

In other words, this is like saying, "A study of increased auto speeds between 1910 and 1915 showed little correlation between auto speed and traffic fatalities, so there's no reason we can't increase the current speed limit to 150 mph."

2) If you're a regular reader, you already know what I'm going to say-- their measure of academic achievement is based on a math and reading test. That's it. For the love of God-- show me a parent who sends their precious five year old off to school saying, "Take good care of her this year, and whatever you do, get her to score well on a standardized math and reading test."

And that was a test given at the end of the kindergarten year, which means that if the study proved anything at all, it proved that spending a year getting students ready to take a test tends to improve their score on that test. Give them the test at the beginning of first grade and then we can talk.

Those first two points are, for me, enough to disqualify the study from serious consideration. But there's more.

3) For instance, the folks at Defending the Early Years (who also responded to this study with a much more scholarly and grown-up response than you can expect from me) point out one other important fact about this business of giving littles a math and reading test:

The authors based their conclusions on kindergartners’ test scores in math and English language arts. They note that, in the standards-and-testing-based “reform” movement of the 1980s and 1990s, “standardized testing was not mandated until the third grade.” But they don’t say why. The reason is that testing experts universally agree that standardized test scores have virtually no meaning before third grade. According to the findings of the National Research Council’s definitive “High Stakes” study, basing educational policymaking on kindergarten test scores is essentially a form of educational malpractice.

4) The other missing link here? Any kind of causal connection between early display of reading skills and benefits to the student further down the line. Do children who start reading earlier end up lifelong readers or outstanding students? And if so, is that simply correlation and not causation. In other words, we might find that students with larger shoe sizes at age 5 are more likely to grow up to be basketball players, but it would not follow that surgically enlarging the feet of kindergartners would turn them into later-life NBA material.

There are other problems.

5) How, exactly, are we measuring social and emotional health in five year olds. DEY has some thoughts about that, but I find the idea of measuring SE health in littles a bit mind-blowing. I'm especially afraid of systems that mark compliant behavior as healthy. But that's a conversation for another day.

6) The study hinges on spending "additional time" on "advanced" material. Neither term is clearly or exactly defined.

One more bad study would be neither here nor there, except this is exactly the kind of study some folks are dying to use against the umpteen studies that show that hammering littles with academics is a bad idea. If you are having a spirited discussion with one of those folks, and they try to wave this study in your face, do not be impressed or intimidated or silenced.
Posted by Peter Greene at Tuesday, February 05, 2019